What Is Donald Trump’s Beef With NBC Reporter Katy Tur? Here’s the Backstory 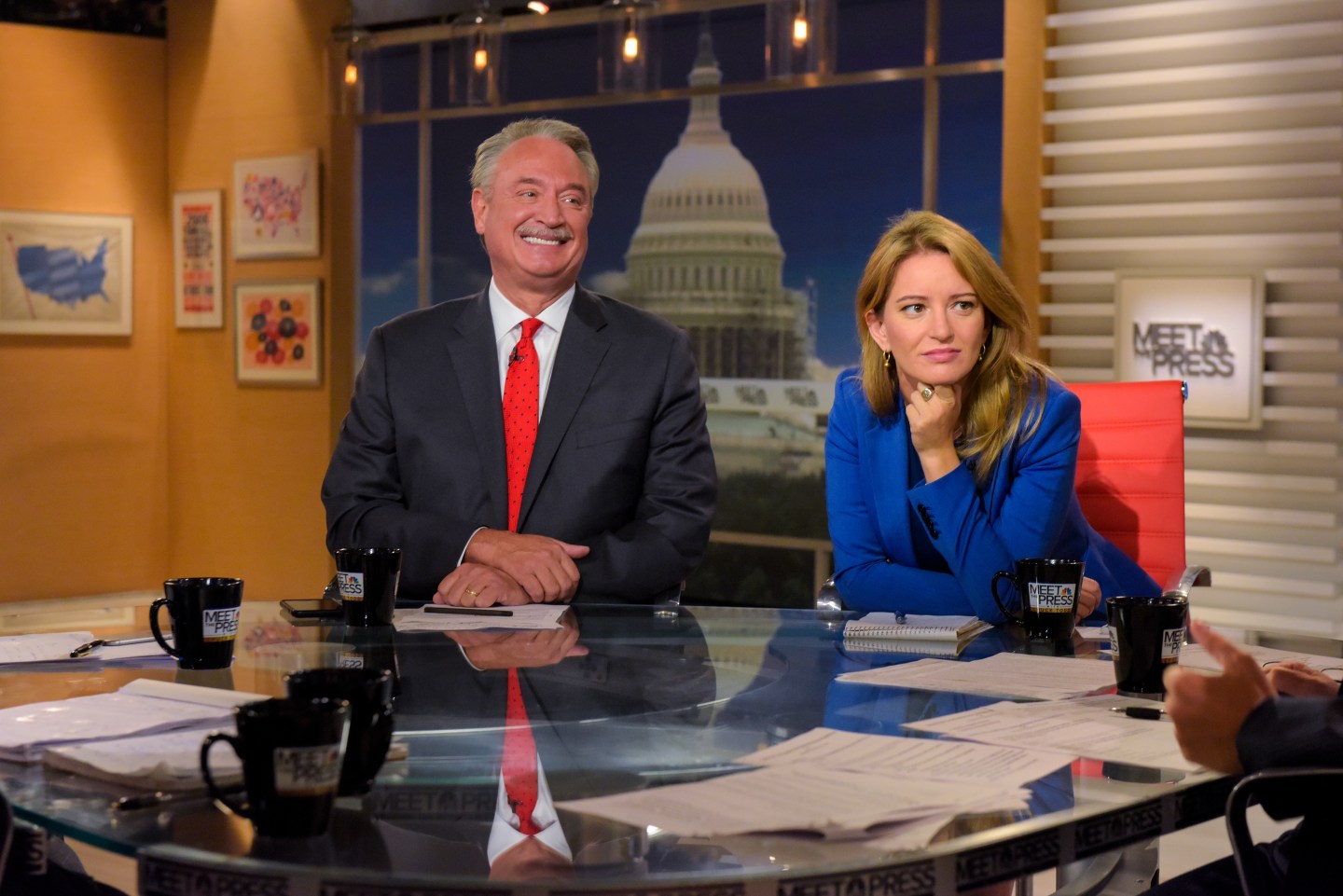 Speaking at a rally of 4,000 or so supporters in Miami Wednesday, Donald Trump singled out NBC reporter Katy Tur—the third time he has attacked her in front of a crowd.

Alleging that the media refuses to report on the size of his rallies, the GOP nominee seemed to focus his ire on Tur, who has been covering his campaign since mid-2015.

Tur appeared on MSNBC Wednesday evening to talk about the incident, saying: “It is a unique experience to have an entire crowd of people… booing you. And it’s especially unique when they’re actually saying your name and looking directly at you—and that’s what happened today.”

She also said that the idea that the media is not reporting on the Trump crowds is “just factually incorrect.”

“This is a schtick that he does to rile up his base,” said Tur. “It’s to give them an excuse for polls that might not be in his favor…and to blame somebody for something that doesn’t look as good as they want it to look.”

Really amazing reflection by @KatyTurNBC about what it was like to be taunted by Trump today in FL. Worth a watch, from @11thHour tonight pic.twitter.com/21a5IITzOg

Appearing on MSNBC’s Morning Joe on Thursday, Trump campaign manager Kellyanne Conway said that the nominee “didn’t mean [the comments about Tur] in any malicious way.” She added that she has “spoken to NBC News about that issue, and I’ll leave it there.”

Trump has repeatedly insulted and attacked Tur in public during the year and a half that she has been covering his campaign. According to a piece the reporter wrote for Marie Claire, Trump’s hostility toward her dates back to a contentious MSNBC interview she conducted with him in July of 2015.

In December of that year, Tur says Trump took offense at a tweet in which she said that the candidate ended his speech “abruptly” after protesters showed up at a rally. In response, Trump tweeted that Tur “should be fired for dishonest reporting,” and, a few days, later called out Tur from the stage of a South Carolina rally, calling her “Little Katy” and a “third-rate reporter.”

Trump again insulted Tur in June—this time on Fox & Friends, where, according to Politico, he said that his campaign does not allow anyone to talk to her, “because she’s not a very good reporter.”

A month later, he targeted her during a news conference, telling her to “be quiet” when she attempted to ask a follow up question and accusing her of wanting to “save” Hillary Clinton.

After the incident on Wednesday, the hashtag #imwithTur trended on Twitter, as people tweeted in support of Tur and criticized Donald Trump for putting her safety at risk by naming her in front of a hostile crowd.

Proud that my daughter who has considered going into TV News has women like @KatyTurNBC to look up to. #ImWithTur

#ImwithTur because no reporter should need secret service protection for reporting a presidential rally. https://t.co/W5vuSfaHSJ

#ImWithTur The 999,999 time that #Trump has shown hatred towards women. He is putting her safety at risk and he doesn't care.

This is not the first time the Trump campaign has been called out for its treatment of journalists. Perhaps the most striking incident occurred in March, when then-campaign manager Corey Lewandowski was arrested and charged with battery after grabbing the arm of Michelle Fields, who was a reporter for Breitbart at the time. (Those charges were later dropped.) Since then, there have been continued reports of hostility toward the press at Trump rallies, prompting the Committee to Protect Journalists to put out a statement calling the Republican nominee “an unprecedented threat to the rights of journalists,” adding that Trump has “insulted and vilified the press” and “refused to condemn attacks on journalists by his supporters.”

Fortune has reached out to the Trump campaign and will update this story when and if the campaign responds.