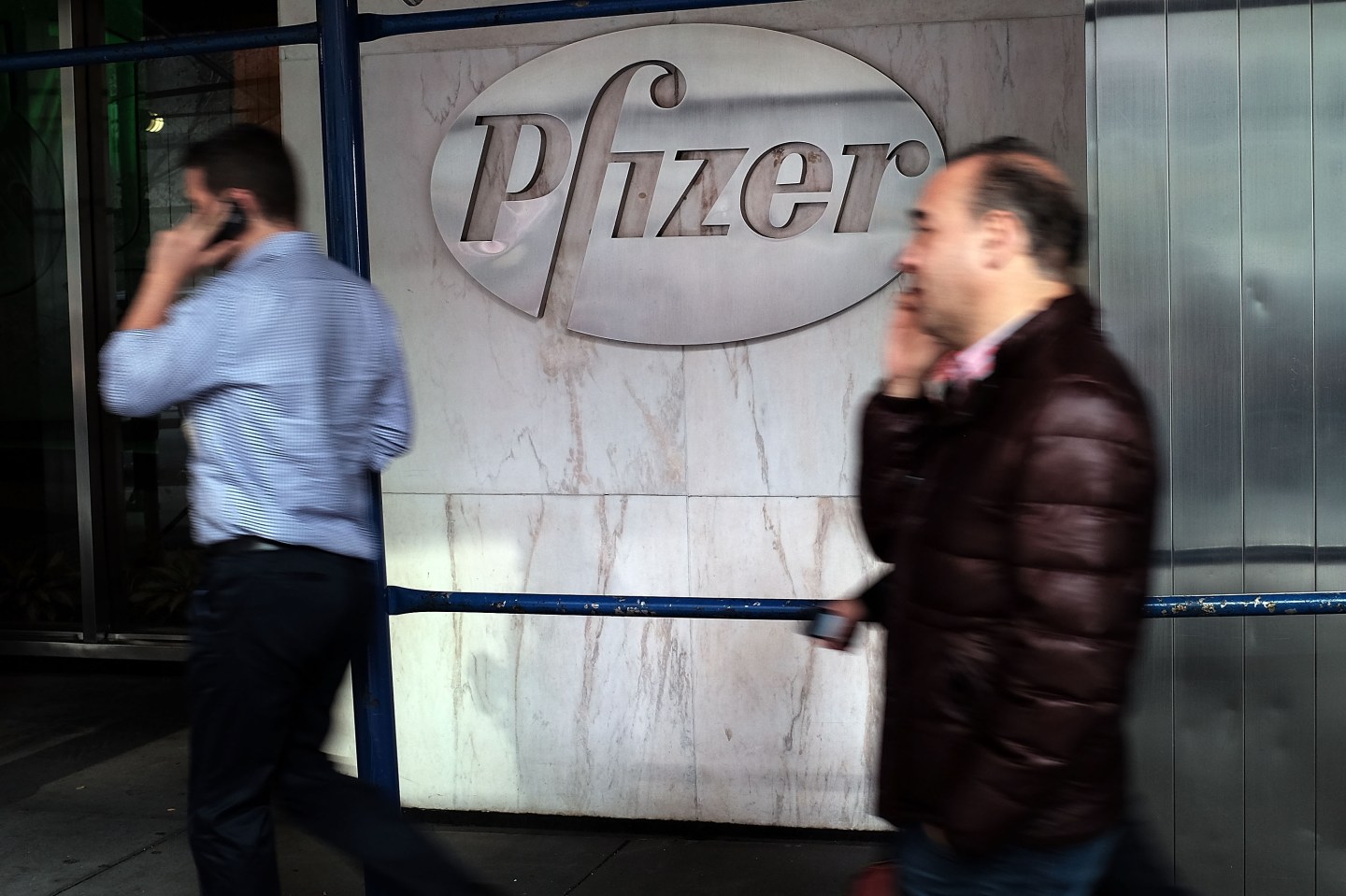 NEW YORK, NY - OCTOBER 29: The Pfizer headquarters in New York City stands in the heart of Manhattans business district on October 29, 2015 in New York City. Ireland-based Allergan confirmed October 29, that it has been approached by the U.S. drug company Pfizer and is in talks regarding a potential deal. These are just the latest two pharmaceutical companies to start early dealmaking talks. (Photo by Spencer Platt/Getty Images)
Spencer Platt Getty Images

Chinese regulators have approved Pfizer’s (PFE) blockbuster vaccine Prevenar 13, the U.S. drugmaker said on Wednesday, a breakthrough for the firm after it was forced to shut its vaccine business in China last year.

Prevenar – one of Pfizer’s top selling products – is used primarily for infants to help prevent pneumococcal disease, a bacterial infection that can lead to illnesses such as pneumonia, meningitis and sepsis.

Pfizer shuttered its China vaccines business after a license for an earlier version of Prevenar was not renewed in 2015. Foreign drugmakers face growing difficulties obtaining approvals for medicines in China, the world’s No. 2 drug market.

The U.S. firm said it had received approval from the China Food and Drug Administration (CFDA) to market Prevenar 13 to infants and children aged between 6 weeks to 15 months.

“We applaud the efforts of CFDA and other relevant Chinese government agencies to bring new medicines and vaccines to the Chinese healthcare system,” Wu Xiaobin, president of Pfizer China, said in a statement.

The firm aims to make the vaccine available in China within the earliest possible timeframe, but there was no set date, said Pfizer spokeswoman Trupti Wagh.

“We have just received the approval and we are working through the timing of our launch,” she said in an email.

Global revenues from the Prevenar family of products, which includes Prevenar 13, were $6.2 billion last year, up 40% from 2014, Pfizer said in its annual report. Prevenar saw “strong operational growth” in China before losing approval.