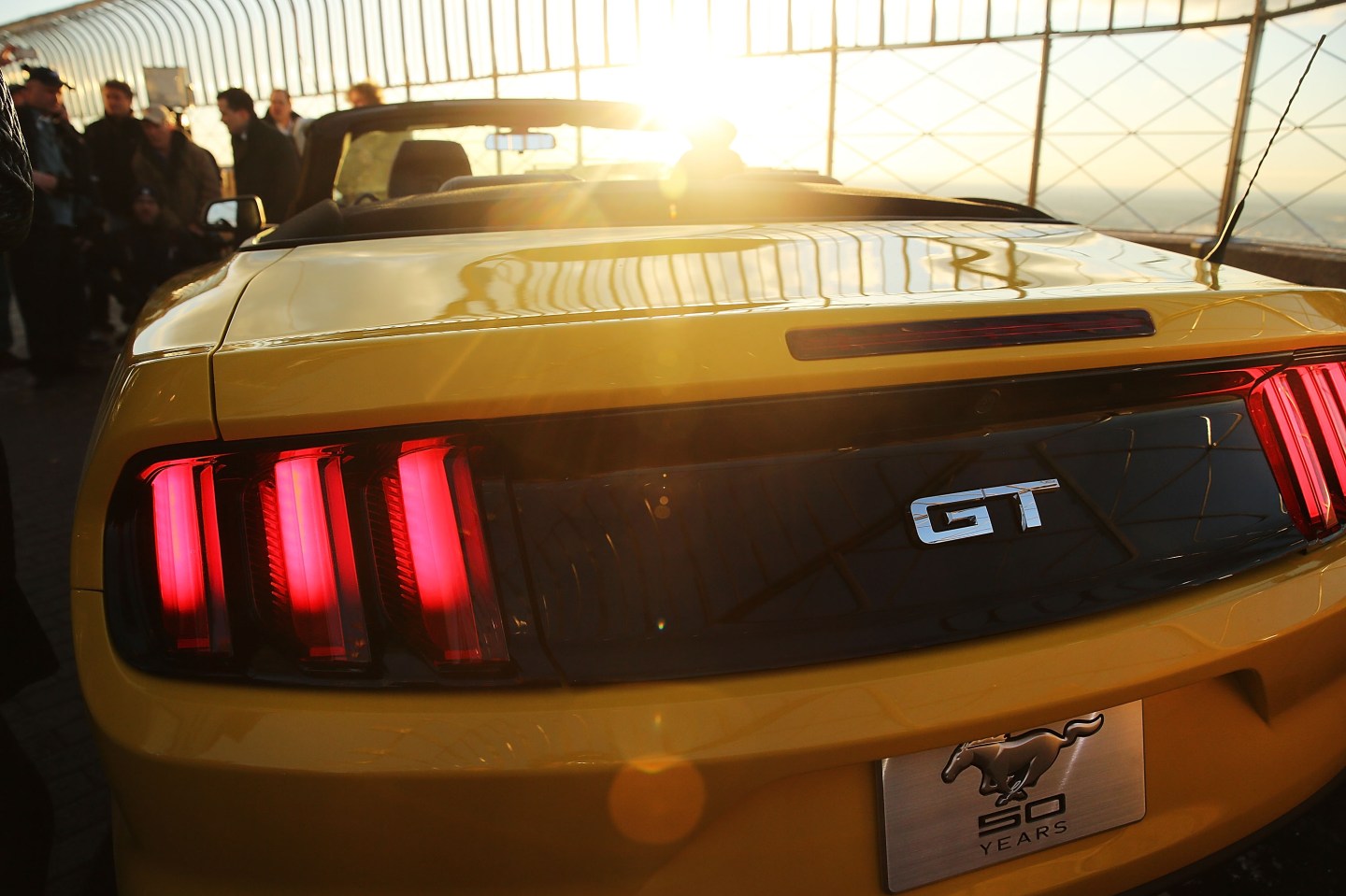 The new 2015 Mustang convertible is viewed on top of the observation deck at the Empire State Building in honor of 50 years of the Ford Mustang on April 16, 2014 in New York City.
Photograph by Spencer Platt — Getty Images

Ford Motor Co reported an 11.7 percent fall in October vehicle sales in the United States, led by a decline in sales of cars such as the Mustang and Ford Fusion sedan.

The No. 2 U.S. automaker’s October sales fell below the estimate of 208,259, according to Autodata Corp, an industry body that tracks new vehicle deliveries.

Detroit-based Ford is reporting sales a day later than the rest of the industry due to a fire on Monday at its headquarters, which interrupted power to a data center that the company and its dealers use to report and track sales.