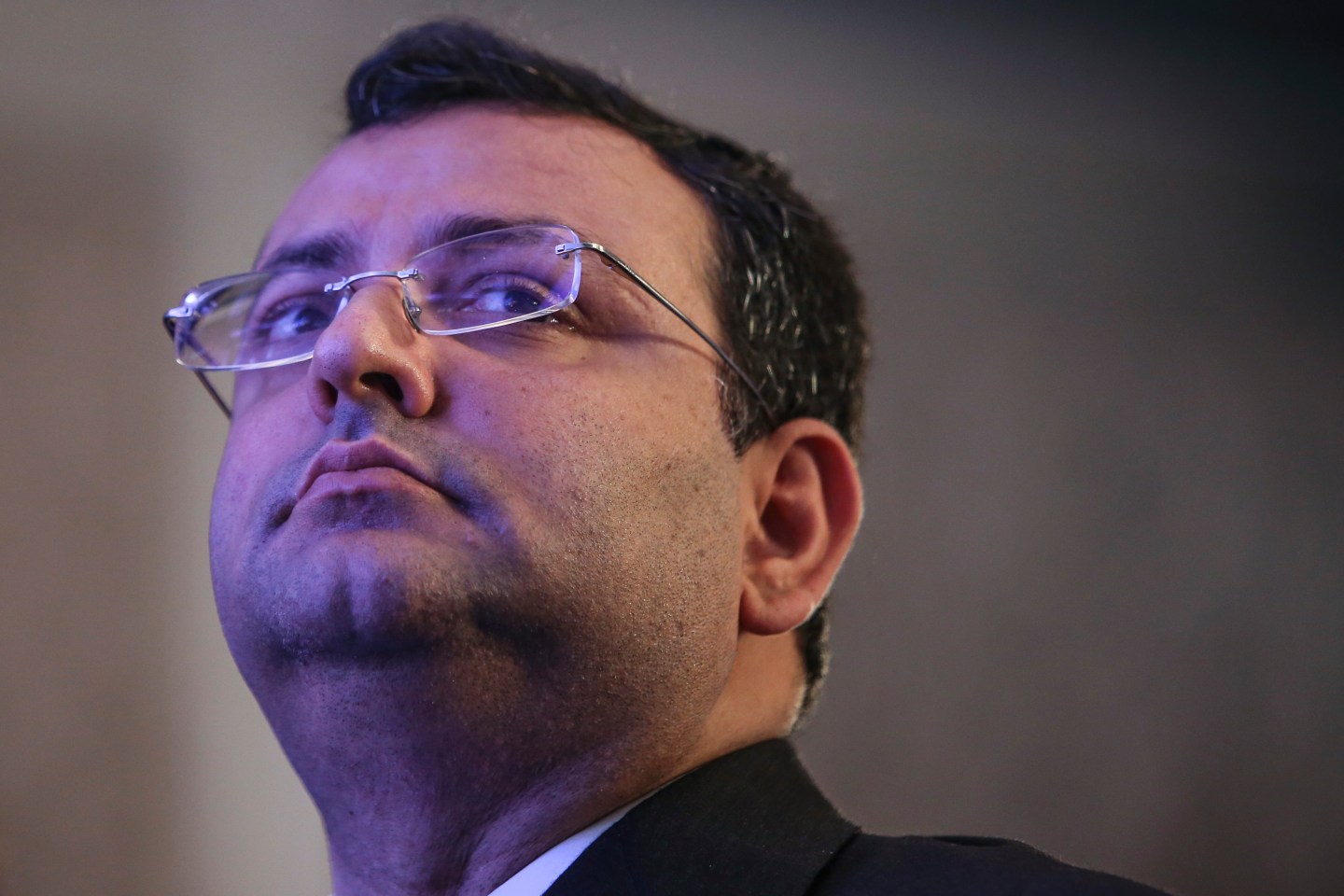 The bitter public feud between the Tata family, which controls India’s most respected conglomerate, and its now ousted chairman Cyrus Mistry has created an unwelcome stir in the tiny Parsi community to which both sides belong.

There are only about 58,000 Parsis in India, a nation of 1.2 billion people. Yet, the community has included some of India’s biggest business names, its top nuclear scientists, world-class musicians and several senior military officers including the country’s first field-marshal.

“They should have settled this between themselves instead of what has happened so publicly,” said a Parsi woman stepping out of the community’s fire temple in downtown Mumbai.

The row between Ratan Tata, family patriarch of the sprawling $100 billion salt-to-steel Tata Sons empire, and Cyrus Mistry, a scion of the billionaire Shapoorji Pallonji clan, erupted in public last week. Both families are pillars of the Parsi community, comprised of descendants of Persians who first landed in India in the ninth century.

Tata Sons announced on Oct 24 that Mistry had been removed as chairman of the company. Sources close to the company said Mistry’s corporate strategy was seen as transgressing the core Parsi value of working for the greater common good.

A five-page e-mail response from Mistry to the Tata board was leaked two days later, containing scathing criticism of the company’s corporate governance practices and Ratan Tata’s role in some of the company’s costliest errors. The two sides have traded barbs on a near-daily basis since then.

While business spats are not uncommon in India’s financial capital Mumbai, the public allegations of malfeasance and the central role of two billionaire Parsis has not gone down well in the community.

“I would say Cyrus, walk out with a little dignity and self respect. Don’t wash dirty linen in public. Don’t make the press your playground. Fight battles inside boardrooms,” said Rumi Behram Balsara, a second generation shareholder in some Tata group companies.

From shipyards to textiles, Mumbai’s Parsis have led the city’s commercial development from a group of sleepy fishing villages to one of Asia’s business capitals.

Parsi business houses owned by the Tata, Wadia and Godrej families are at the forefront of India’s corporate world. The Tata empire stretches from Jaguar Land Rover to Tetley Tea, while the Wadia family owns textile and food-product businesses. The Godrej Group owns interests in everything from consumer goods to chemicals.

Parsis follow the Zoroastrian faith, an ancient pre-Islamic religion of Iran. Some of the tenets of the faith like charity and doing good to others have long been woven into the Tata heritage and business ethos. Much of the dividend paid out by Tata Sons gets funneled into charitable trusts involved in philanthropic work.

The crux of the Tata world view, said Morgen Witzel, a U.K.-based author of a book on the Tata company, is shareholder value should not be an end in itself. “Companies are not machines for making money. They exist to provide value and service to their communities; profit is a by-product of that process.”

That view appears to be at the heart of the boardroom dust-up. Mistry was attempting to gradually transform Tata from a sprawling empire of middling businesses into a much more focused profit-driven enterprise, but that involved decisions like axing businesses and jobs, moves that jarred with the Tata ethos, say sources close to the conglomerate.

“Over time, the Tatas had built up a fantastic reputation. However, the size and resistance to change meant that many of their businesses were not able to keep up with the times,” said Ronny Bharda, a Mumbai-based Parsi businessman. “Cyrus Mistry brought about a renewed sense of enthusiasm. He had the ability to bring about change.”

“Eventually, what social good can the house of Tatas do, if they do not earn any money?”

Some Parsis believe the community should ignore the spat.

“The Parsi community isn’t the custodian of thoughts, words and deeds of every Parsi,” said Baghzaad Bhomisha, a Mumbai-born Parsi settled in Australia, adding Parsis had bigger concerns than the “egos and worthless legacies of Parsi billionaires.”

Mistry, an Irish citizen, was the first chairman in the Tata group’s 148-year history to not belong to the Tata family. He was named chair of the group in 2011 after a lengthy search for a replacement for Ratan Tata. In an organization populated by veterans, his anointment at age 43 was a marked departure for the Tatas.

Mistry’s family is also prominent and has long had ties with the Tatas. His elder brother Shapoor runs the Shapoorji Pallonji conglomerate, which is focused on construction and real estate. It also owns the largest individual stake in Tata Sons, after the family trusts headed by Ratan Tata.

“Mistry’s ouster shows a person with a keen business sense only won’t work. Tata is built on more than just business,” said Kaizad Todywalla, a Parsi who owns a coin auction house in Mumbai.

“I personally believe you need a Tata to make sure that the ethos of the group or the philosophy behind it remains.”