McDonald’s Settles Labor Lawsuit with U.S. Franchise Workers for the First Time Ever 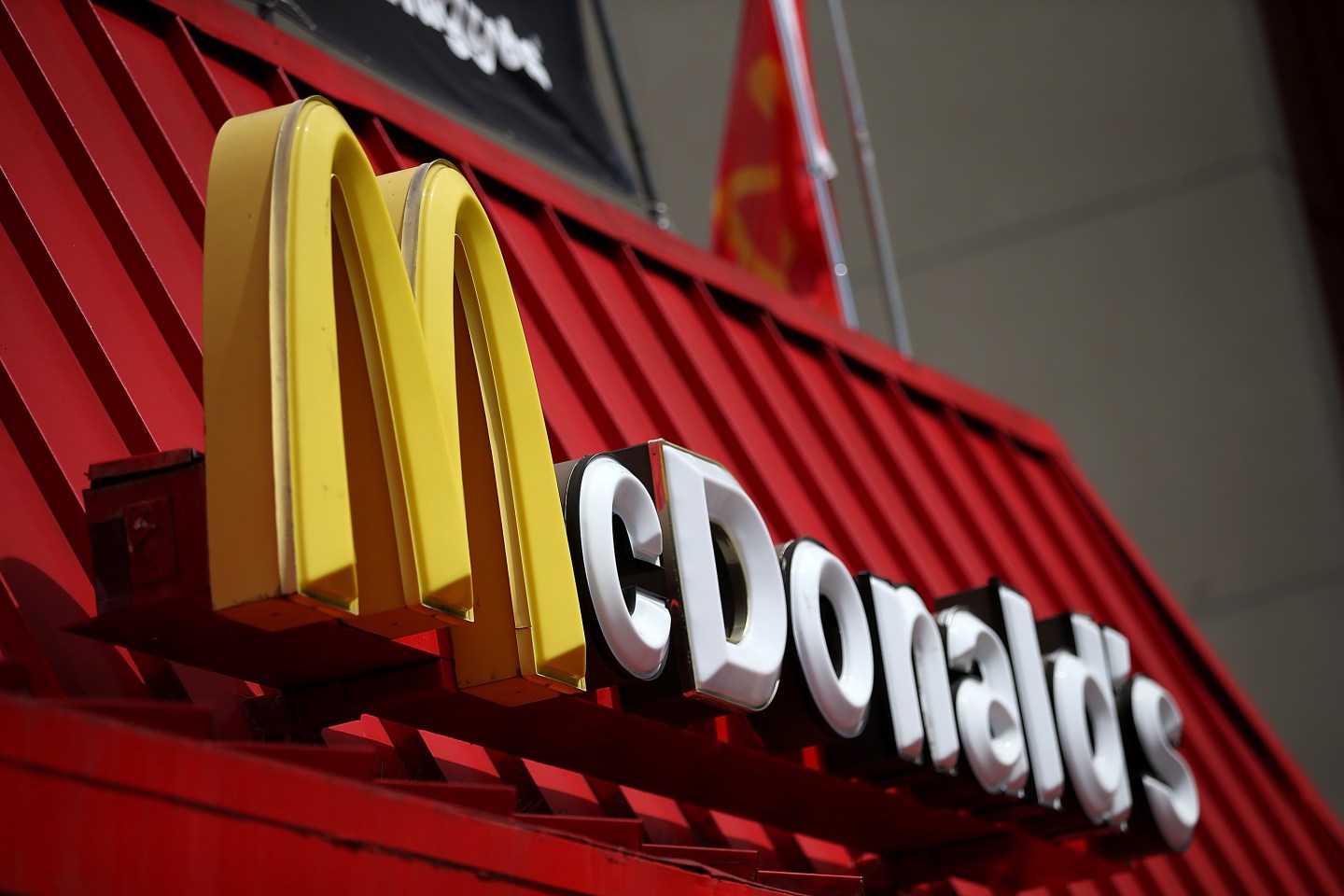 A sign is posted on the exterior of a McDonald's restaurant on April 22, 2015 in San Francisco, California. McDonald's reported a decline in first quarter revenues with a profit of $811.5 million, or 84 cents a share compared to $1.2 billion, or $1.21 a share, one year ago.
Photograph by Justin Sullivan—Getty Images

McDonald’s (MCD) has agreed to pay $3.75 million to settle a lawsuit claiming it was liable for labor law violations by a California franchisee, marking what lawyers said was the first time the company has settled legal claims by a group of U.S. workers at one of its franchises.

In a filing in U.S. district court in San Francisco on Friday, lawyers representing about 800 employees at five restaurants owned by a single franchisee said Illinois-based McDonald’s would pay the workers $1.75 million in back pay and damages and $2 million in legal fees.

The settlement, which must be approved by a federal judge, comes as McDonald’s faces claims before two U.S. agencies that it is a “joint employer” of workers at franchise restaurants, a designation that could make the company liable for legal violations by franchisees and require that it bargain with workers who unionize.

McDonald’s spokeswoman Terri Hickey said on Monday the company is not a joint employer of franchise workers.

“We entered into this mutually acceptable resolution to avoid the costs and disruption associated with continued litigation,” she said.

Last year, a judge ruled that McDonald’s was not the plaintiffs’ joint employer under federal and state laws. But he said the company could still be held liable if the workers believed McDonald’s was their employer.

In Friday’s court filing, lawyers for the workers said the settlement was the first for McDonald’s in a class action case brought by franchise employees.

The deal would also require McDonald’s to train Smith Family, the franchisee, on the use of corporate software designed to ensure compliance with California’s uniquely strict employment laws, according to the court filing.

McDonald’s, meanwhile, is in the midst of a trial at the National Labor Relations Board that could determine whether the company is a joint employer under the federal law governing union organizing.

And earlier this month, a union-backed group said it had filed sexual harassment complaints against McDonald’s with a federal agency on behalf of 15 workers, most of whom were employed at franchise restaurants.