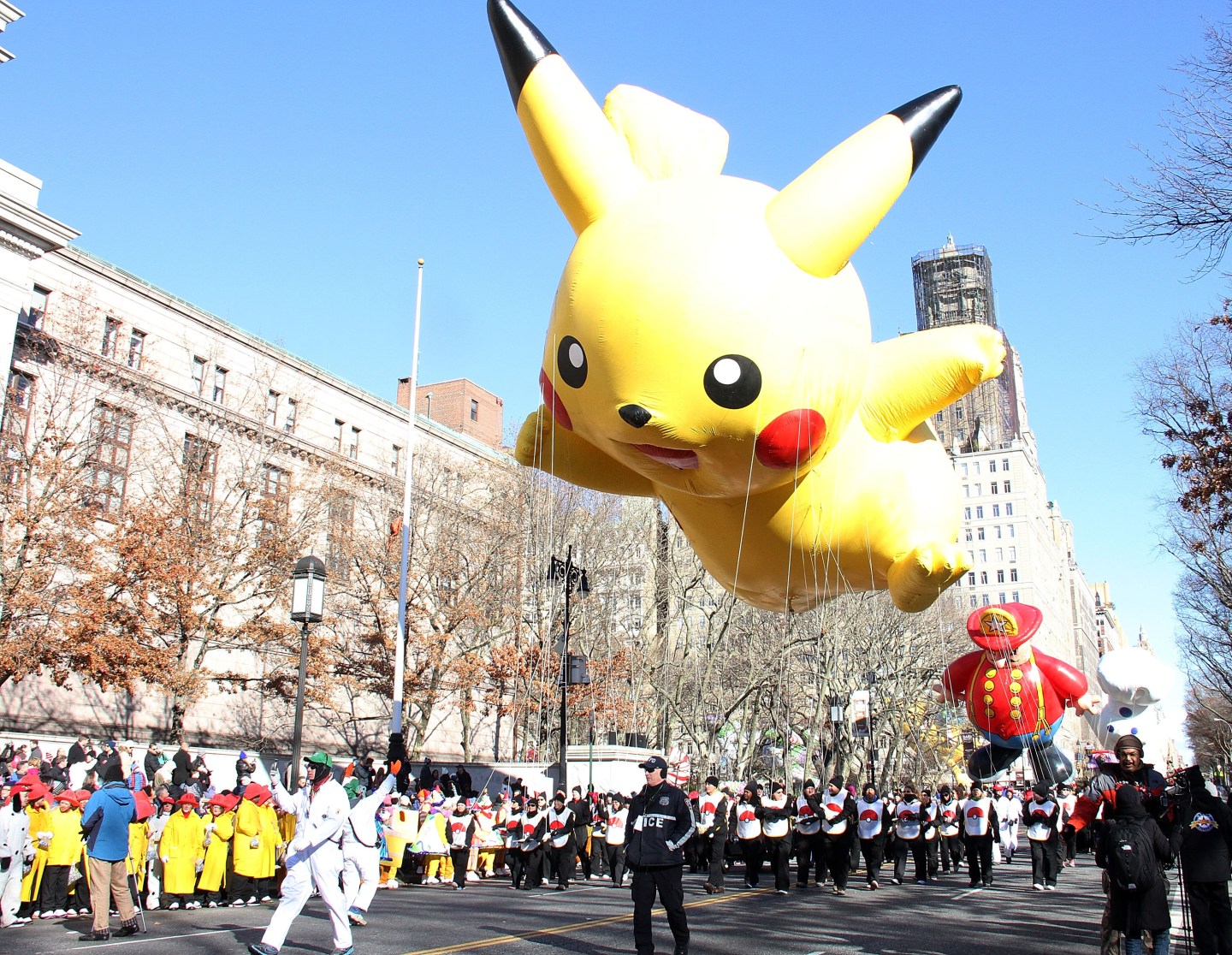 Some famous faces will be making an appearance at Macy’s Thanksgiving Day Parade this year.

Macy’s announced Tuesday that Kermit the Frog, Miss Piggy, and the Muppets will be at the 90th procession of the parade. As for their human counterparts, singers Tony Bennet, Sarah McLachlan, Aloe Blacc, De La Soul, and Kelsea Ballerini will take part, along with Christopher Jackson from the hit Broadway musical “Hamilton.”

But three new characters will be taking center stage this year, according to Macy’s. For the first time, Charlie Brown from Peanuts will be featured as one of the balloons, as will characters from the Diary of A Wimpy Kid. DreamWorks’ Trolls will also debut in a multi-character balloon.

More than 3.5 million people are expected to attend the parade, with another 50 million slated to watch it on T.V., according to Macy’s. The parade will begin at 9 a.m. Eastern on Thursday, Nov. 24 in New York City.