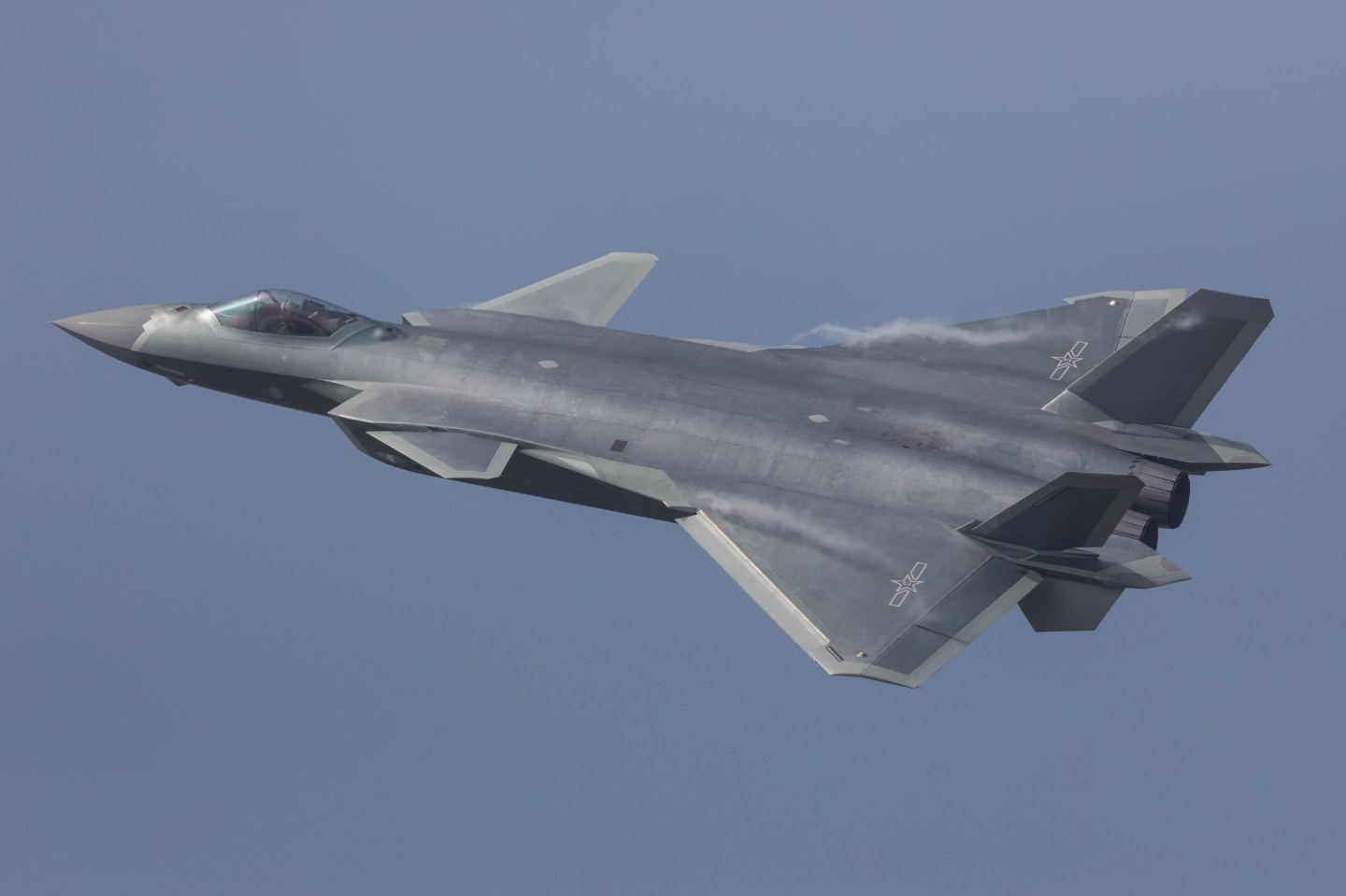 China showed its Chengdu J-20 stealth fighter in public for the first time on Tuesday, opening the country’s biggest meeting of aircraft makers and buyers with a show of its military clout.

Airshow China, in the southern city of Zhuhai, offers Beijing an opportunity to demonstrate its ambitions in civil aerospace and to underline its defense ambitions. China is set to overtake the U.S. as the world’s top aviation market in the next decade.

Two J-20 jets, Zhuhai’s headline act, swept over dignitaries and hundreds of spectators and industry executives gathered at the show’s opening ceremony in a flypast that barely exceeded a minute, generating a deafening roar that was met with gasps and applause and set off car alarms in a parking lot at the site.

Experts say China has been refining designs for the J-20, first glimpsed by planespotters in 2010, in the hope of narrowing a military technology gap with the United States. President Xi Jinping has pushed to toughen the armed forces as China takes a more assertive stance in Asia, particularly in the South China and East China seas.

It was China’s second successive display of a new stealth jet at the biennial Zhuhai show, following the 2014 debut of the J-31.

After arriving as a pair at low-level, one of the J-20s quickly disappeared over the horizon, leaving the other to perform a series of turns, revealing its delta wing shape against bright sub-tropical haze.

“I think we learned very little. We learned it is very loud. But we can’t tell what type of engine it has, or very much about the mobility,” said Greg Waldron, Asia Managing Editor of FlightGlobal. “Most importantly, we didn’t learn much about its radar cross-section.”

A key question whether the new Chinese fighter can match the radar-evading properties of the Lockheed Martin F-22 Raptor air-to-air combat jet, or the latest strike jet in the U.S. arsenal, Lockheed’s F-35. The F-22 Raptor, developed for the U.S. Air Force, is the J-20’s closest lookalike.

But the mere display of such a newly developed aircraft was a revealing signal, others said.

“It’s a change of tactics for the Chinese to publicly show off weapons that aren’t in full squadron service yet,” said Sam Roggeveen, a senior fellow at the Sydney-based Lowy Institute, “and demonstrates a lot of confidence in the capability, and also a lot of pride.”

It remained unclear whether or how the J-20 would be displayed at the airshow after the flypast.

Aircraft that are officially scheduled to be on display alongside the latest Chinese weapon systems, radar and drones include the Xian Y-20 strategic airlifter, and what organisers say is the largest amphibious plane now in production – the AG600.

The flying boat is officially promoted as a fire-fighting or search and rescue plane. But analysts note the AG600 – first unveiled 10 days after a Hague tribunal ruled against China’s claim to parts of the South China Sea in July – is well suited to resupplying military outposts in the disputed area.

Notably absent from the airshow schedule is the 150-seater COMAC C919 passenger jet. Designed to compete with Europe’s Airbus Group (EADSY) and Boeing (BA) of the United States, the rivals who dominate the global supply of airliners, the much-delayed C919 is now running three years behind original plans.

COMAC said at the show that China Eastern Airlines will be the launch customer for the C919, which may take its first test flight later this year or early 2017, and that it had clinched 23 new orders for its C919, taking total orders to 570.