Colonial Pipeline Could Be Shut for a Week After Alabama Explosion 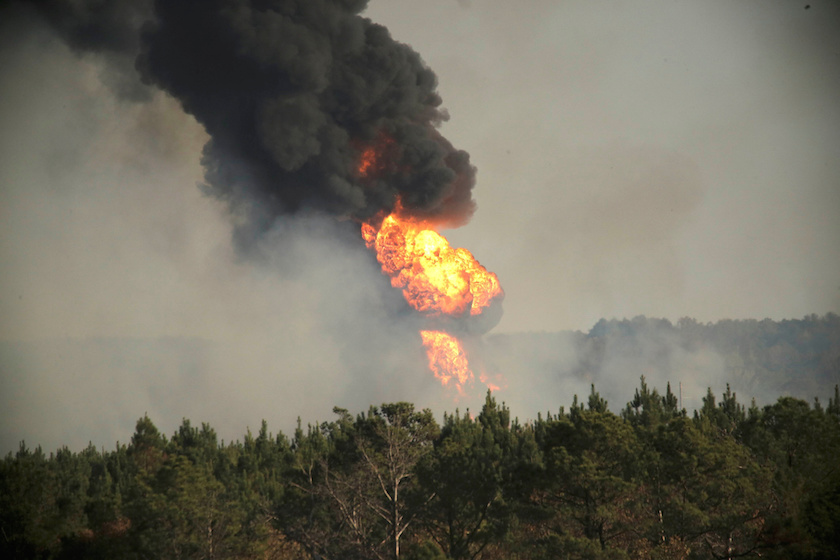 Colonial Pipeline’s main gasoline line could be shut for at least a week, shippers said on Tuesday, after an explosion and fire in Alabama killed one worker and injured five others.

Colonial did not estimate a restart time as it grappled with the fire, which came weeks after it suffered its biggest gasoline spill in nearly two decades on the same pipeline. The crucial supply line to the U.S. East Coast was shut for more than 12 days at the time.

Colonial, the biggest refined products pipeline system in the United States, is responsible for supplying about one-third of the 3.2 million barrels per day of gasoline consumed on the East Coast, according to U.S. Energy Department data.

A nine-man crew was conducting work on the Colonial Pipeline system in Shelby County at the time of the explosion, according to Alabama Governor Robert Bentley. One person was killed and five others were transported to Birmingham-area hospitals for treatment, Colonial said. The fire has been brought under control, local media reported.

The explosion occurred when the crew hit Line 1, its main gasoline pipeline, with a track hoe, Colonial said late Monday.

A source with a large Colonial shipper said they expected the line to likely be down for a minimum of a week while the distillates line will probably be out for at least 4 days, if there is no damage to it. The distillates line is adjacent to the main line and carries diesel fuel and jet fuel. It was unclear if that line was damaged but it was shut as a precaution.

Analysts at Barclays said the gasoline line could be shut for at least a month because regulators “will be very cautious about restarting the pipelines, especially since Line 1 just suffered a spill and tensions between pipeline companies and environmentalist groups have never been higher.”

U.S. gasoline margins soared to the highest levels since early May.

The spill on Sept. 9 led to long lines at the pump and a shortage of fuel in southeastern states like Georgia, Tennessee and Alabama.

Alternative supplies can be hard to come by for inland markets in the southeast United States, which do not have access to ports.

For the northeast, supplies can be relatively easier to get but can be expensive due to the Jones Act, a maritime policy that requires goods transported by water between U.S. ports to be carried on U.S.-flagged ships.

The 5,500-mile Colonial Pipeline is the largest U.S. refined products pipeline system and transports gasoline, diesel and jet fuel from the U.S. Gulf Coast to the New York Harbor area.