Donald Trump Is All Wrong About the U.S. Military, USAF Secretary Says 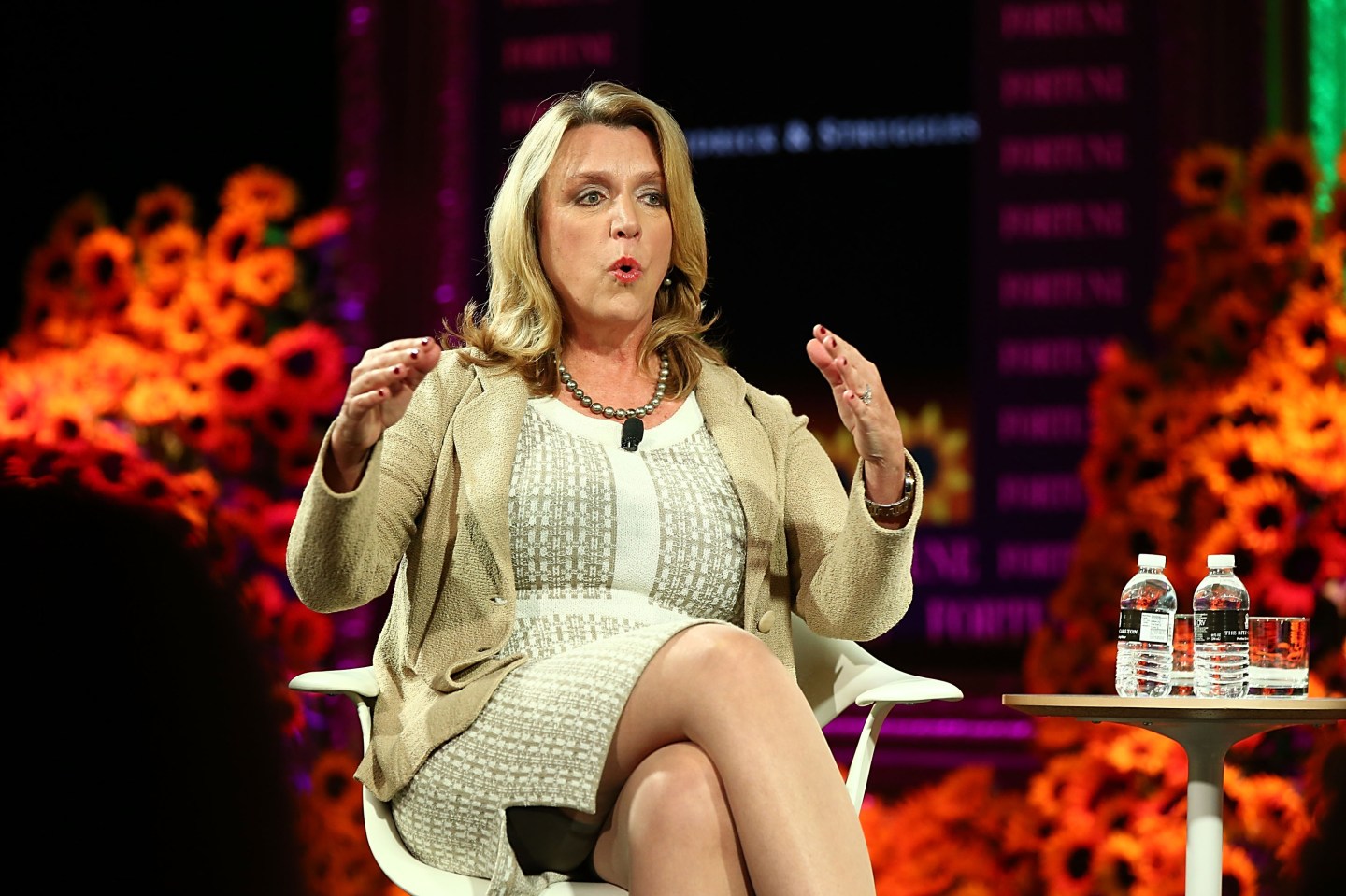 Women make up approximately 19% of the United States Air Force, and one woman leads it. As the 23rd Secretary of the Air Force, Deborah Lee James oversees an annual budget of $139 billion, and is responsible for 660,000 airmen and their families. Sec. James is the just the second woman to ever hold this position, and considers it to be the honor of her professional life.

Sec. James had always dreamed of becoming a diplomat, but at the age of 23, the Foreign Service rejected her application. She was devastated, but knew she had to move forward. So, Sec. James “zigzagged”—and applied for a position in the Department of the Army.

That first rejection, she says, ended up being the best thing that could have happened to her. “I found another passion in life, another purpose, that was higher than just myself,” she tells Fortune Unfiltered.

Sec. James says we are living in “the most complex period we have ever faced during the three decades I’ve been on the scene.”

She cites Russia, who the U.S. partnered with only three years ago, as our greatest national security threat, discusses the battle to retake Mosul from ISIS, where America has “boots in the air,” and the humanitarian crisis in Aleppo. On top of that, she mentions that China has been more active in the South China Sea, where North Korea has launched ballistic missiles.

Still, Sec. James says that the U.S. is prepared. Addressing Donald Trump’s comments, Sec. James says: “I can tell you the United States military is not any sort of disaster. It is the best military on the planet.”

According to Sec. James, the components for a great military are training, modernization, and taking care of the service people. Specifically, the Air Force has implemented measures to combat sexual assault through education, reform, and victim care.

Listen to the episode above for more on the benefits of having a mentor, the importance of “zigzagging,” and exclusive insight into the U.S. Air Force.