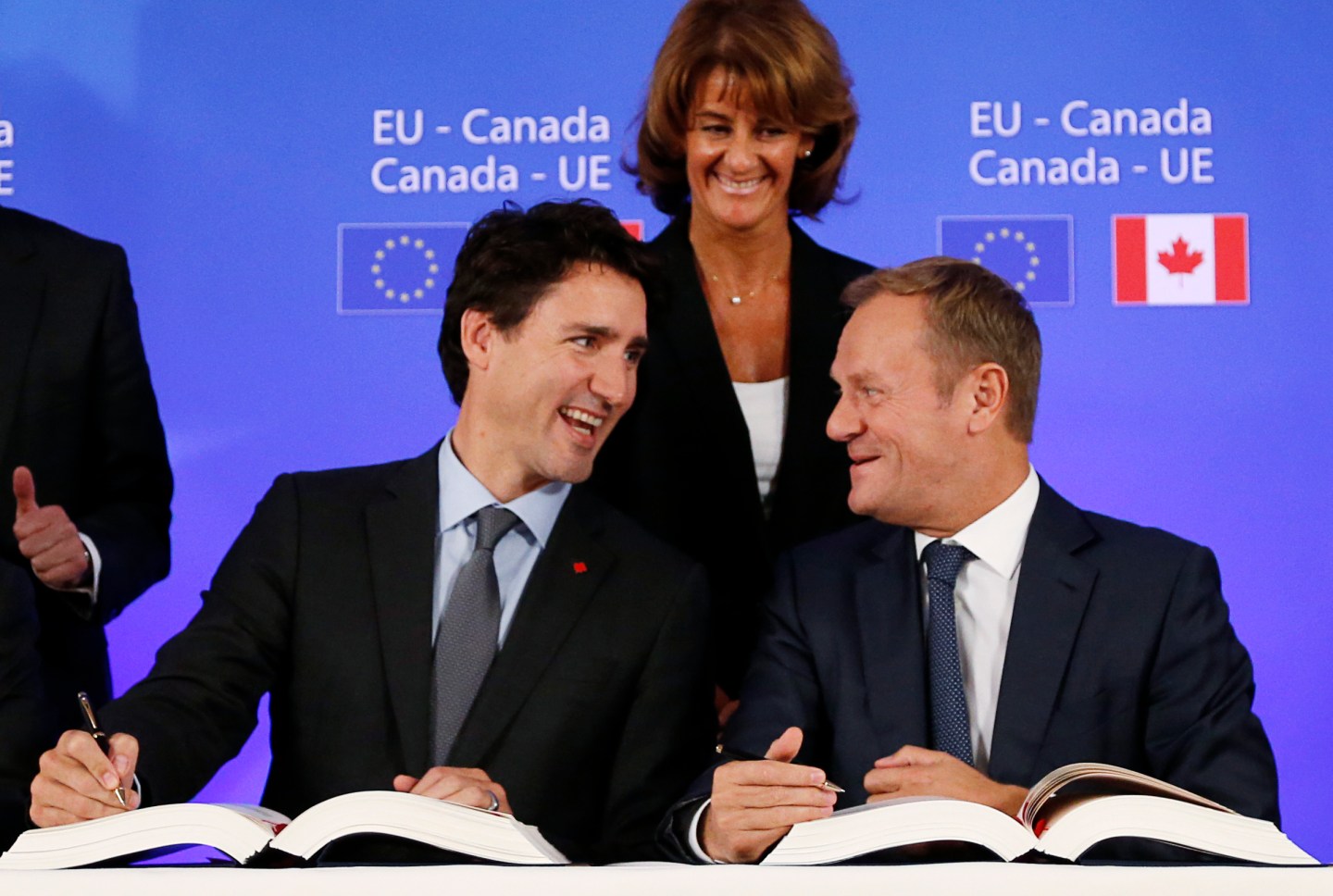 The completion of a trade deal with Canada will have no impact on negotiations between the European Union and Britain, which in June voted to leave the bloc, EU Commission President Jean-Claude Juncker said on Sunday.

The European Union held a summit to sign a trade deal with Canada that was seven years in the making and had exposed some of the difficulties of sealing a trade pact. The Canadian deal was held up for weeks, most notably due to obstruction from regional governments in Belgium.

Supporters of Brexit have said Britain will be much more nimble in trade talks once it has left the EU and some have said that it could use the Canadian agreement as a framework for a future deal.

However, Juncker told reporters on arrival for the signing ceremony that he did not think the Canadian deal would have any impact on future Brexit negotiations.

“I don’t see any relation between what we are signing today and the Brexit issue,” he said before greeting Canadian Prime Minister Justin Trudeau.

EU Trade Commissioner Cecilia Malmstrom said the Canadian deal had exposed concerns among European citizens over how such deals might affect their daily lives, and called for EU government to be more transparent about future negotiations. She too said the deal with Canada had nothing to do with the EU’s talks with Britain.

“I draw no conclusions for Brexit from this,” she said.

British Prime Minister Theresa May has said Britain would commence formal Brexit negotiations by the end of March.

However, it must first settle future economic relations with the bloc, a process that could drag on longer than the formal two-year transition period.