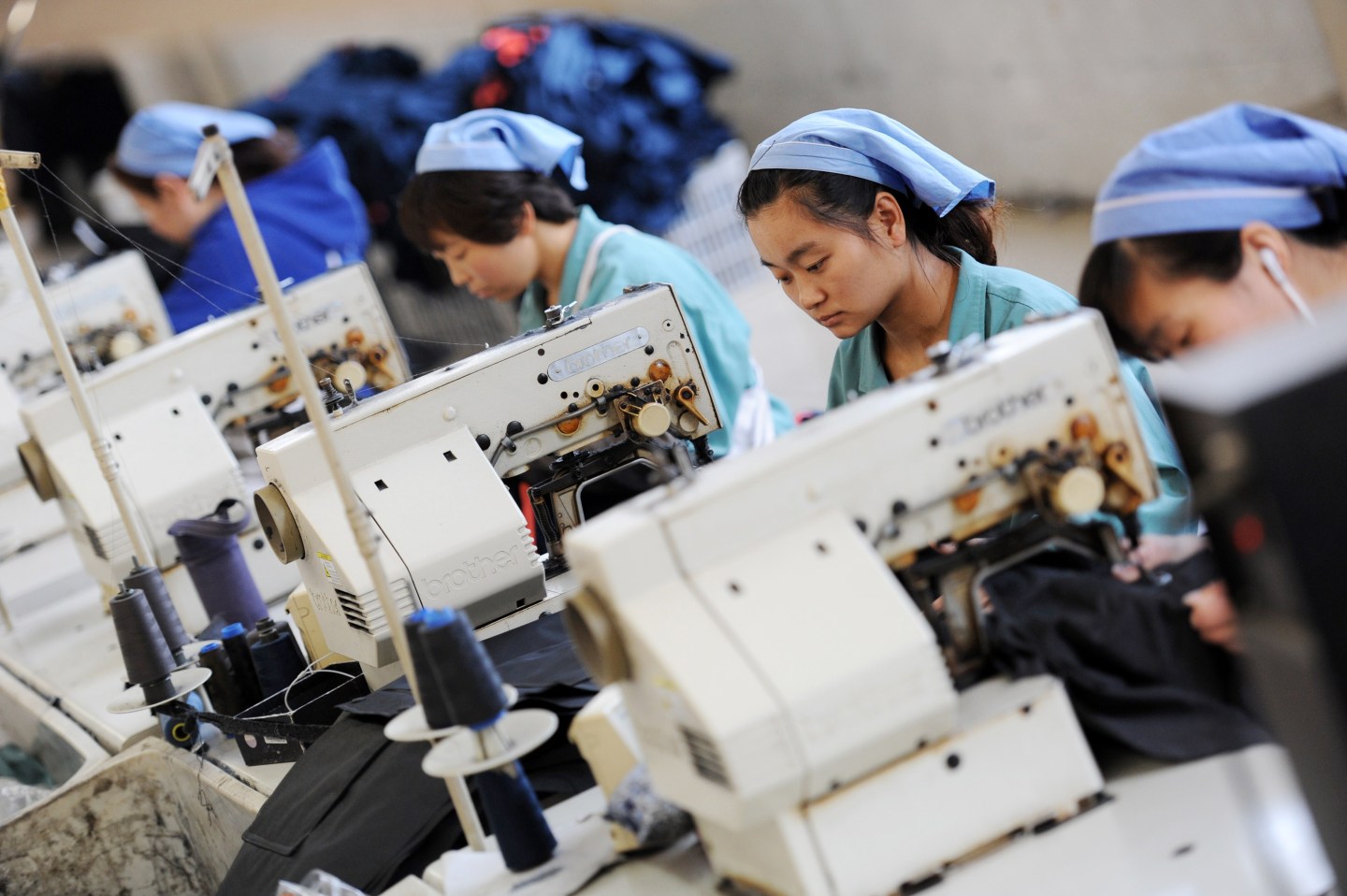 This photo taken on May 19, 2015 shows workers producing clothes in a factory in Huaibei, east China's Anhui province. China's manufacturing activity contracted at a slower pace in May, an HSBC survey showed on May 21, but companies cut back production and jobs despite government attempts to reinvigorate the world's second-largest economy. AFP PHOTO CHINA OUT (Photo credit should read STR/AFP/Getty Images)
Photo by STR AFP/Getty Images

The so-called “world’s factory” may finally no longer be a source for products as cheap as they are today.

After a prolonged time of boosting demands by making production costs more competitive than its rivals, prices of “Made in China” goods could be on the verge of rising, even as global demand remains tepid.

Bloomberg reports that Chinese manufacturers are beginning to consider price hikes as a way to recoup lost margins, after prices and production costs appear to have hit a new floor. Manufacturers interviewed by Bloomberg at various Chinese trade fairs have expressed a uniform sentiment of seeking possibilities to increase their prices to make up for rising labor and material costs, sometimes in order to survive in their respective industries.

The anticipated price hike by Chinese exporters could affect economies importing a large amount of goods from the country, ranging from Australia, where 23% of all imports are from China, to Japan, which imports a quarter of all its imported goods from China. But whether this move would fuel inflation in the global economy, which has been running slow in recent years, remains to be seen.