Italian Earthquakes Could Go On for Weeks in Domino Effect 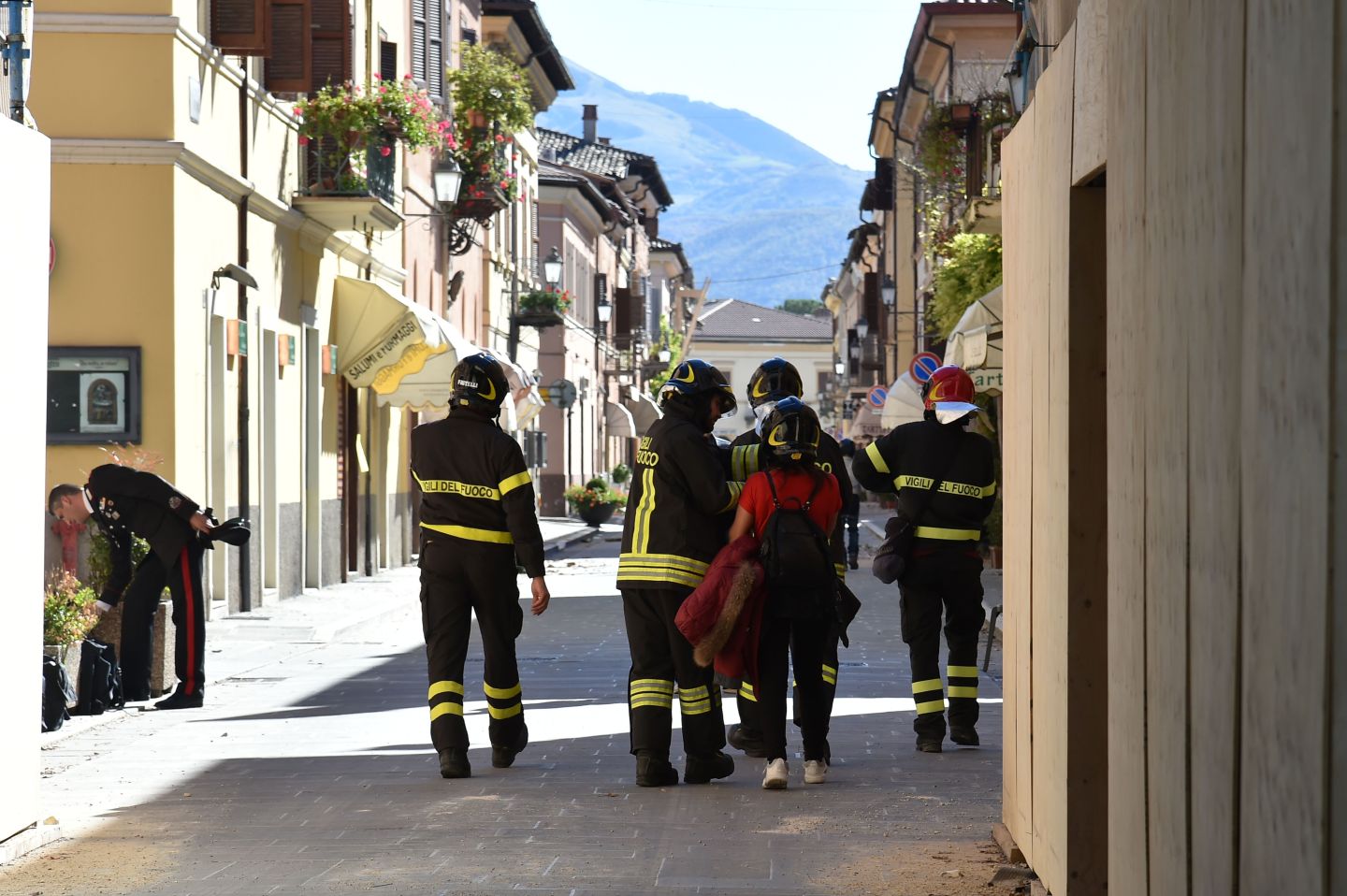 Firefighters patrol in the streets of Norcia to help residents after a 6.6 magnitude earthquake on October 30, 2016. It came four days after quakes of 5.5 and 6.1 magnitude hit the same area and nine weeks after nearly 300 people died in an August 24 quake that devastated the tourist town of Amatrice at the peak of the holiday season. Italy's most powerful earthquake in 36 years dealt a new blow Sunday to the country's seismically vulnerable heart, sending terrified residents fleeing for the third time in nine weeks and flattening a revered six-century-old church. / AFP / ALBERTO PIZZOLI (Photo credit should read ALBERTO PIZZOLI/AFP/Getty Images)
ALBERTO PIZZOLI AFP/Getty Images

The earthquakes that have buffeted central Italy over the last two months could continue in a devastating domino effect with one large quake leading to another along the central Apennine fault system, a leading seismologist warned on Sunday.

An earthquake measuring 6.6 according to the U.S. Geological Survey struck on Sunday in the same region where a 6.2 quake on Aug. 24 killed 297 people. In between there have been thousands of smaller tremors, including a 6.1 quake on Wednesday.

The latest earthquake caused no known casualties but was the strongest to hit Italy, one of the world’s most seismically active countries, since 1980.

Gianluca Valensise, a seismologist at Italy’s National Institute for Geophysics and Vulcanology, told Reuters there was a “geodynamic link” between the deadly August earthquake and all those that have followed.

Italy’s Apennine mountains that run from the Liguria region in the northwest to the southern island of Sicily are dominated by a chain of faults in the earth’s crust, each one averaging about 10-20 kilometers in length.

“An earthquake measuring 6 or larger creates stresses that are redistributed across adjacent faults and can cause them to rupture, and this is probably what we have seen since August,” Valensise said.

“This process can continue indefinitely, with one big quake weakening a sister fault in a domino process that can cover hundreds of kilometers, in principle.”

Valensise said Italy had seen something resembling the sequence of earthquakes in Calabria, in Italy’s southern toe, in 1783 when there were five major quakes measuring 6.5 or larger in less than two months.

More recently, there were three quakes around Assisi in central Italy in 1997, the first one measuring 6.4 which killed 11 people, another the following day, and another around 20 days later with many smaller ones in between.

“That sequence was similar to what we are seeing now but this is on a larger scale,” Valensise said.

Looking ahead, he said it was certain there would be aftershocks from Sunday’s earthquake for “at least a few weeks,” but it was not possible to say whether there would be any more more big quakes.

The risk is that, with faults to the northwest and southeast of the central region most recently hit, “if the process of stress redistribution finds other faults close to rupture level they could go off in the next days or weeks,” he said.