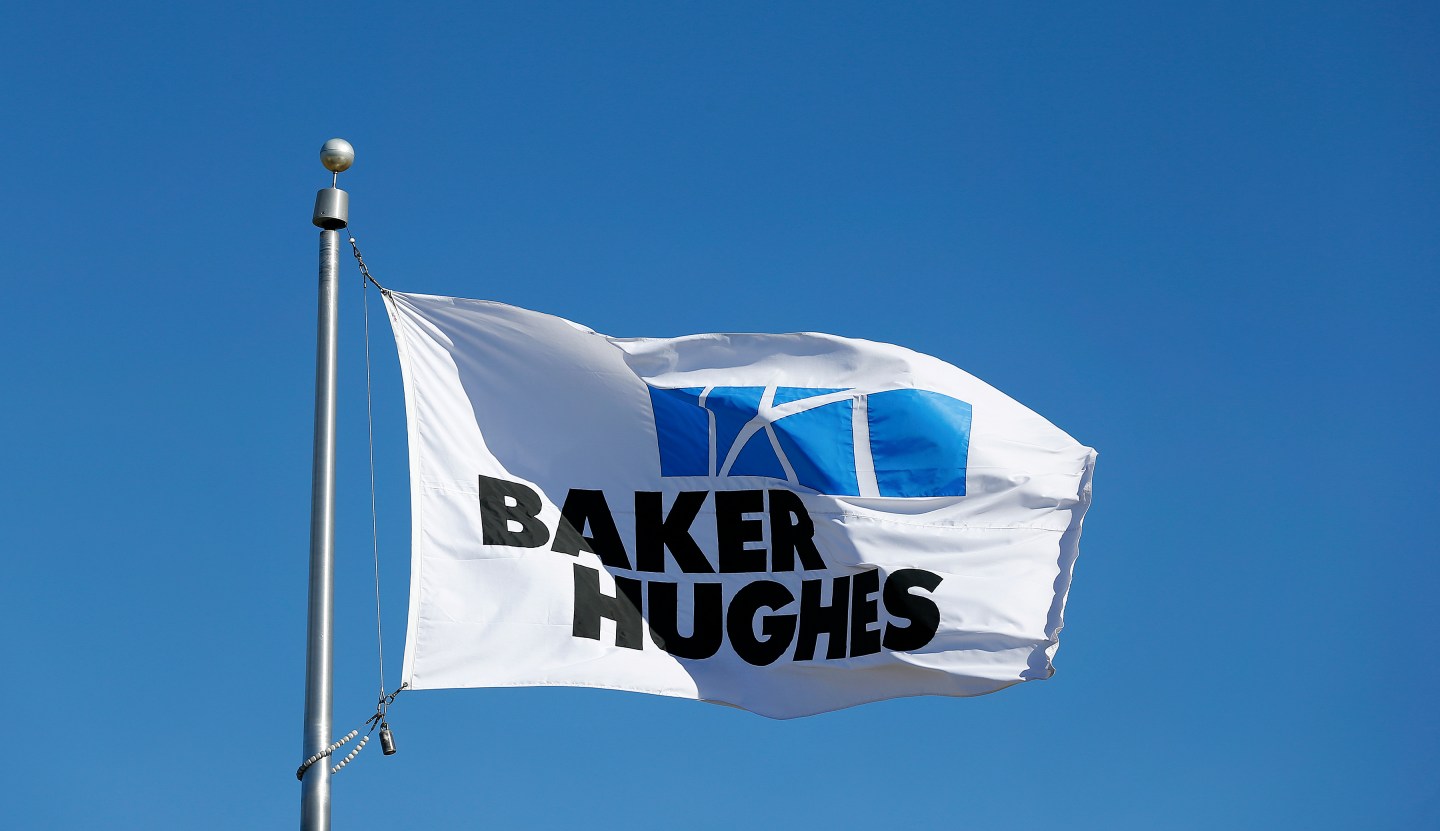 A flag with the Baker Hughes Inc. logo flies outside one of the company's facilities in Houston, Texas, U.S., on Monday, Nov. 17, 2014. Halliburton Co., the world's second-biggest provider of oilfield services, agreed to buy No. 3 Baker Hughes Inc. in one of the largest takeovers of a U.S. energy company in years. Photographer: Aaron M. Sprecher/Bloomberg via Getty Images
Photograph by Aaron M. Sprecher/Bloomberg via Getty Images

General Electric is nearing an about $30 billion deal to merge its oil and gas business with Baker Hughes, the Wall Street Journal reported on Sunday.

The combined entity will be controlled by GE (GE) and would have publicly traded shares, the Journal reported, citing people familiar with the matter.

The deal is to be announced on Monday, the Journal said.

GE said in a statement last week that it was in talks with the oilfield services provider on potential partnerships but none of those options included an outright purchase.

Baker Hughes’ (BHI) planned merger with bigger rival Halliburton (HAL) fell through in May due to opposition from regulators.

A partnership with Baker Hughes could help GE to transform its oil and gas division and emerge a larger player in the sector to better compete with oilfield services leader Schlumberger.

Also, this partnership could give Baker Hughes a chance to redefine itself following the failed merger.