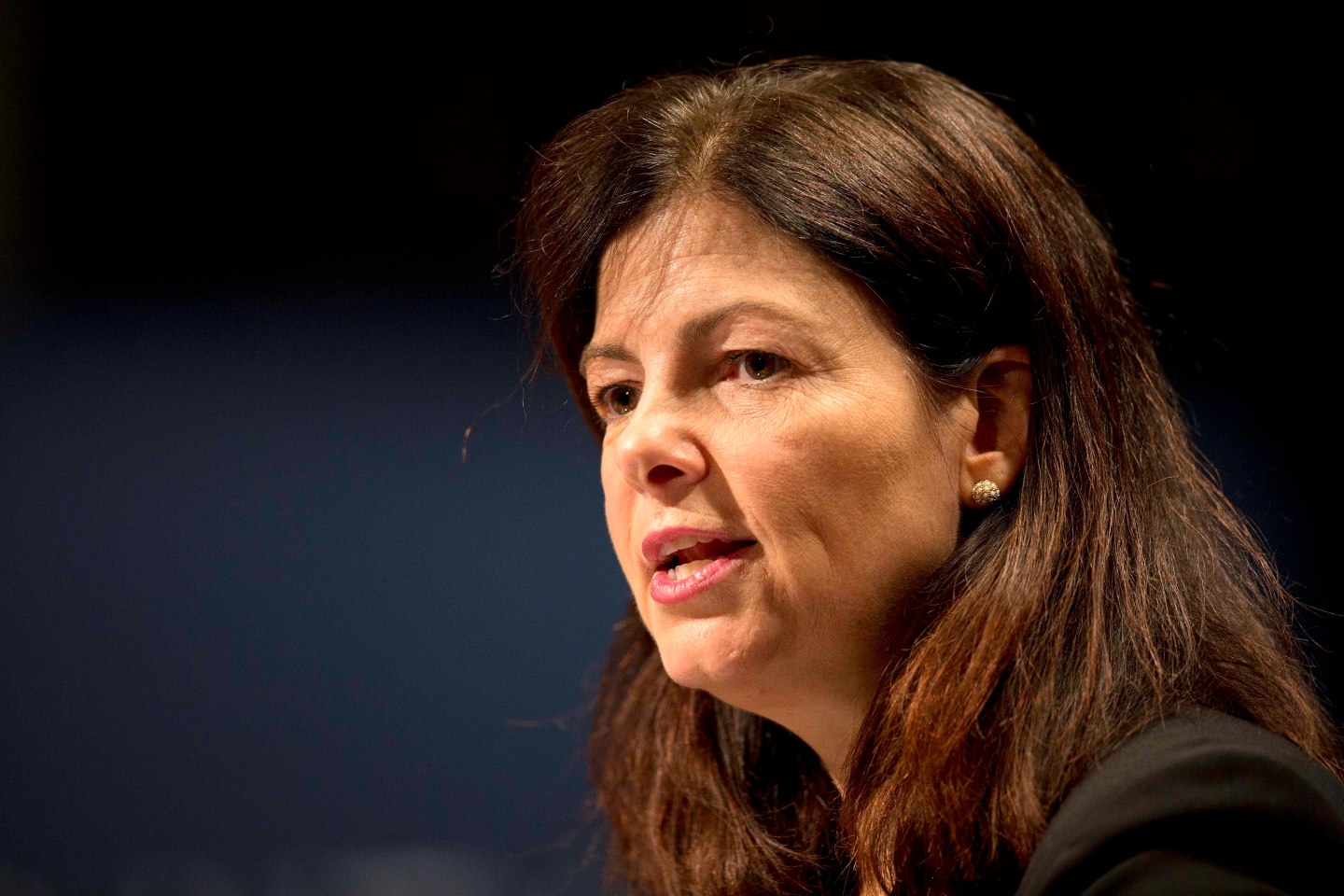 FILE - In this July 11, 2016 file photo, Sen Kelly Ayotte, R-N.H. speaks in Manchester, N.H. The race for control of the Senate is tearing toward its finale on a last-minute burst of cash from both sides, with a half-dozen top races essentially tied. (AP Photo/Jim Cole, File)
Jim Cole AP

The race for control of the Senate is tearing toward its finale on a last-minute burst of cash from both sides, with a half-dozen top races essentially tied.

The outcomes of those contests, in states from Nevada to Missouri to New Hampshire, will determine which party can claim the Senate majority next year. The late-breaking news of a renewed FBI investigation related to Hillary Clinton’s emails has the potential to shift the campaigns in favor of the GOP in their final days.

Republicans have been fretting about the possibility that the toss-up races will break against them on Nov. 8. History shows that close races tend to move one way as a group. In 2014, Republicans won a swath of Senate races and took back control of the chamber from the Democrats.

This time, with Donald Trump at the top of the GOP ticket and inflaming divisions within the party, the concern was that the leading races would all go for Democrats.

In addition to Nevada, Missouri and New Hampshire, the other close contests are in Pennsylvania, North Carolina and Indiana.

Except for Nevada, where there’s an open seat with the retirement of Senate Democratic leader Harry Reid, all are Republican-held seats that Democrats are trying to win as they aim to pick up the five seats needed to wrest the Senate majority from the GOP.

If Democrat Hillary Clinton wins the White House, Democrats need to pick up four Senate seats because Tim Kaine, as vice president, would cast tie-breaking votes in a 50-50 Senate.

With news Friday that the FBI will investigate whether there is classified information in newly discovered emails related to Clinton, Republicans expressed hope that the races could break their way.

“Every Democrat has willingly tied themselves to Hillary Clinton with seemingly no reservations whatsoever – and there’s no getting away from her now,” said Ian Prior, spokesman for the Senate Leadership Fund, a super political action committee allied with Senate Majority Leader Mitch McConnell of Kentucky. “If this ends up tightening the presidential by even a few points, it could definitely make a difference in Senate races.”

Democrats disputed that assessment, even as their top candidates were notably silent on the FBI disclosure.

“Of course the officials should complete their review, and it’s just as important that they provide Americans with clarity into what exactly they’re reviewing,” said Sadie Weiner, spokeswoman for the Democratic Senatorial Campaign Committee. “Republicans flailing around on this are showing how desperate they are to save their political campaigns, but nothing between now and Nov. 8 will change their damaging records or caustic allegiance to Donald Trump.”

The top races have accumulated huge price tags already, with millions more still to be spent in the final days of the race. Wealthy donors have pumped in more than $50 million in last-minute cash.

The GOP’s Senate Leadership Fund raised $7 million in the first 19 days of October and $25 million more since then. In addition, a nonprofit affiliated with the super PAC has transferred $11 million more. On the Democratic side, the Senate Majority PAC raised $19 million through last week. That’s more than it ever has raised in a single month, showing donor enthusiasm for the push to take control of the chamber.

Republicans long ago ceded the races in Illinois and Wisconsin where GOP senators are expected to go down to defeat, while GOP incumbents in Ohio and Arizona are far enough ahead that neither side is too focused there anymore.

The Wisconsin race has showed some movement in recent days, prompting the Senate Majority PAC to start spending limited sums for Democratic challenger Russ Feingold. The same group is dipping back into Florida after Democrats earlier pulled their ad spending from the state in light of the strength of incumbent GOP Sen. Marco Rubio.

Overall, as of midweek, Republicans had spent at least $394 million in the cycle to date and Democratic spending topped $348 million, according to officials tracking ad spending.

The top-spending race has been Pennsylvania, where Democrat Katie McGinty is challenging GOP Sen. Pat Toomey in a battleground presidential state. Democrats have spent a whopping $61 million there from the beginning of the year through midweek, and Republicans nearly that much at $56 million, according to Republicans monitoring ad buys. Each party has at least $8 million in ad reservations still to come in the state.

At the same time, feeling confident about Clinton’s chances of winning the White House, the main super PAC supporting her bid recently decided to turn some of its attention and money to down-ballot Democrats. Priorities USA has put about $700,000 into ads tying New Hampshire Sen. Kelly Ayotte and Pennsylvania’s Toomey to Trump.

Some Republican donors lukewarm about Trump are focusing on Senate races instead, where they saw saving the GOP majority as an achievable goal, according to Steven Law, head of the Senate Leadership Fund.

So as the Democratic Senatorial Campaign Committee showed a significant fundraising advantage over its GOP counterpart earlier this month, “in fairly short order we could send out the alarm, put up the bat signal and everything else we needed to do, and a lot of these donors responded very, very generously,” Law said Friday in an interview for C-SPAN’s Newsmakers program.