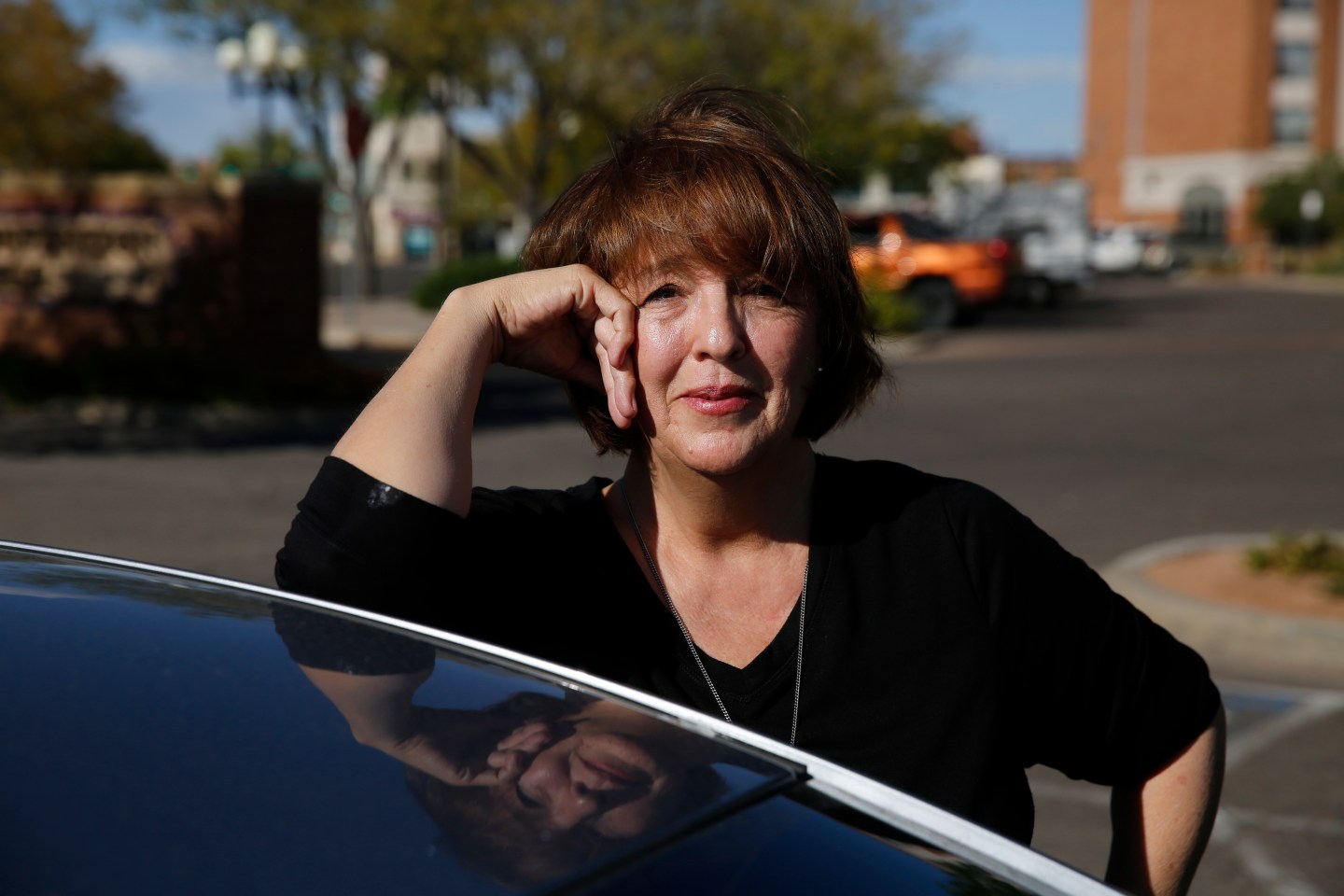 In this Oct. 4, 2016 photo, Donald Trump supporter Mary Celeste Madrid stands by her car, in Pueblo, Colo. A longtime Democrat and Obama voter who changed her registration to Republican last year over the GOP's support for gun rights and opposition to abortion, Madrid says she's also had to endure family battles over her support for Trump. (AP Photo/Brennan Linsley)
Brennan Linsley AP

Donald Trump’s rhetoric on immigration is testing a long-term trend among Hispanics: Members of a family that has been in the country for multiple generations and uses primarily English are more likely to vote Republican than those who more recently arrived in the United States.

The number of Latinos in the United States is growing, making them a key demographic group whose votes are coveted by both major parties. While traditionally they vote for Democrats, that support isn’t ironclad.

Leo Lopez’s father, who came to the United States from Mexico in the 1980s, is a Democrat and firm Hillary Clinton supporter. But Lopez himself, an accounting student at the state university in this heavily Hispanic, blue-collar town, is leaning toward Trump.

“I’m kind of scoping them all out,” Lopez said at a recent Donald Trump rally here. “Trump’s tax plan would help me out more.”

Ninety percent of Hispanics who primarily speak Spanish identify as Democrats, but of those who mostly use English that number drops to 59%, according to a Pew Hispanic Center survey released earlier this month. Those English-dominant voters are by no means leaving the Democratic Party in droves, however. Overall, Clinton leads among Latino voters by nearly 3-1.

But of Latino Trump supporters, 83% are U.S.-born. A similar pattern was seen in 2012, when Hispanics who mainly speak Spanish supported Barack Obama over Mitt Romney by a whopping margin of 59 percentage points. English-speaking Latinos still overwhelmingly supported the president, but the margin dropped to 40 points.

“For them the issues of immigration are much closer,” Mark Hugo Lopez of the Pew Hispanic Center said of first- and second-generation Hispanic Americans, who tend to be poorer than longer-established families. By contrast, English-dominant Latinos are usually wealthier and consume less Spanish-language media. The great exception is among Cuban-Americans. First-generation immigrants from Cuba lean Republican—their politics are partly defined by their flight from a communist country—but their children are more likely to vote Democratic.

As immigration from Latin America slows, an increasing percentage of Hispanics are U.S.-born, but how those people vote is an open question.

“It’s not a single bloc that will forever be tied to one party,” Lopez said. “You might see Americans in 50 years who say, ‘Yes, I have a Mexican heritage, but I don’t consider myself Mexican or Hispanic — I’m American.'”

Young Voters Are Finally Coming Through for Hillary Clinton: Poll

But Trump’s harsh words against immigrants could turn American-born Latinos against the Republican Party by making even them feel unwelcome.

“If you’re going to force someone to vote on their ethnicity, they will,” said Sylvia Manzano of the polling group Latino Decisions. “Latino voters who voted against Mitt Romney did so on health care and the economy but didn’t think, “This guy hates people like me.’ This thing with Trump is a qualitatively different animal.”

The dynamic is on display in Pueblo, a city of 100,000 in southern Colorado that is 44 percent Hispanic. Pueblo is an anomaly in generally affluent Colorado — a downscale slice of Rust Belt on the high plains, a heavily unionized steel town that for decades was a Democratic bastion but has been trending Republican. Many of its Latino residents trace their ancestry back centuries, to when the area was part of Mexico. While many have been considering Republican candidates, voting for Trump is a bridge too far for some.

“He’s a racist. He’s anti-everything but white,” said Dario Madrid, a 66-year-old retired cook who has voted for Republicans in the past but will vote for Clinton.

That view is far from unanimous. Alison Valdez, 41, brought her 10-year-old son, David, and newborn daughter, Olive, to see Trump speak in downtown Pueblo earlier this month. She liked his views on subjecting immigrants to what he calls “extreme vetting” to weed out terrorists. “San Bernardino, that did it for me,” Valdez said, referring to the December 2015 attack that claimed 13 lives. “Keeping America safe is No. 1.”

Valdez and many other Pueblo residents said their families, all of which have been in the country for multiple generations, are torn in this election. Valdez said she and her 11 siblings are all over the map on the campaign.

For more on Latino Americans, watch:

Erin Ruiz’s family is also divided. The high school teacher is a Clinton supporter but she, too, avoids discussing politics around family or even at local coffee shops. “There’s no conversation between the two sides,” Ruiz said.

At his appearance in Pueblo, Trump was introduced by the Hispanic chairman of the county party and a bilingual pastor. “This is a city with a rich immigrant history and a rich Latino history — Latinos love Trump, right?” the candidate said to cheers. Trump spoke about how combatting illegal immigration would boost wages of working-class Hispanic citizens and those immigrants living in the U.S. legally. He told the crowd: “You are united by this one important factor: You are all Americans.”

It was just what Mary Celeste Madrid wanted to hear. A longtime Democrat and Obama voter who changed her registration to Republican last year over the GOP’s support for gun rights and opposition to abortion, she’s also had to endure family battles over her support for Trump. She thinks he’s being overly dramatic in some of his immigration positions, but says, “I honestly believe his heart is in the right place.”