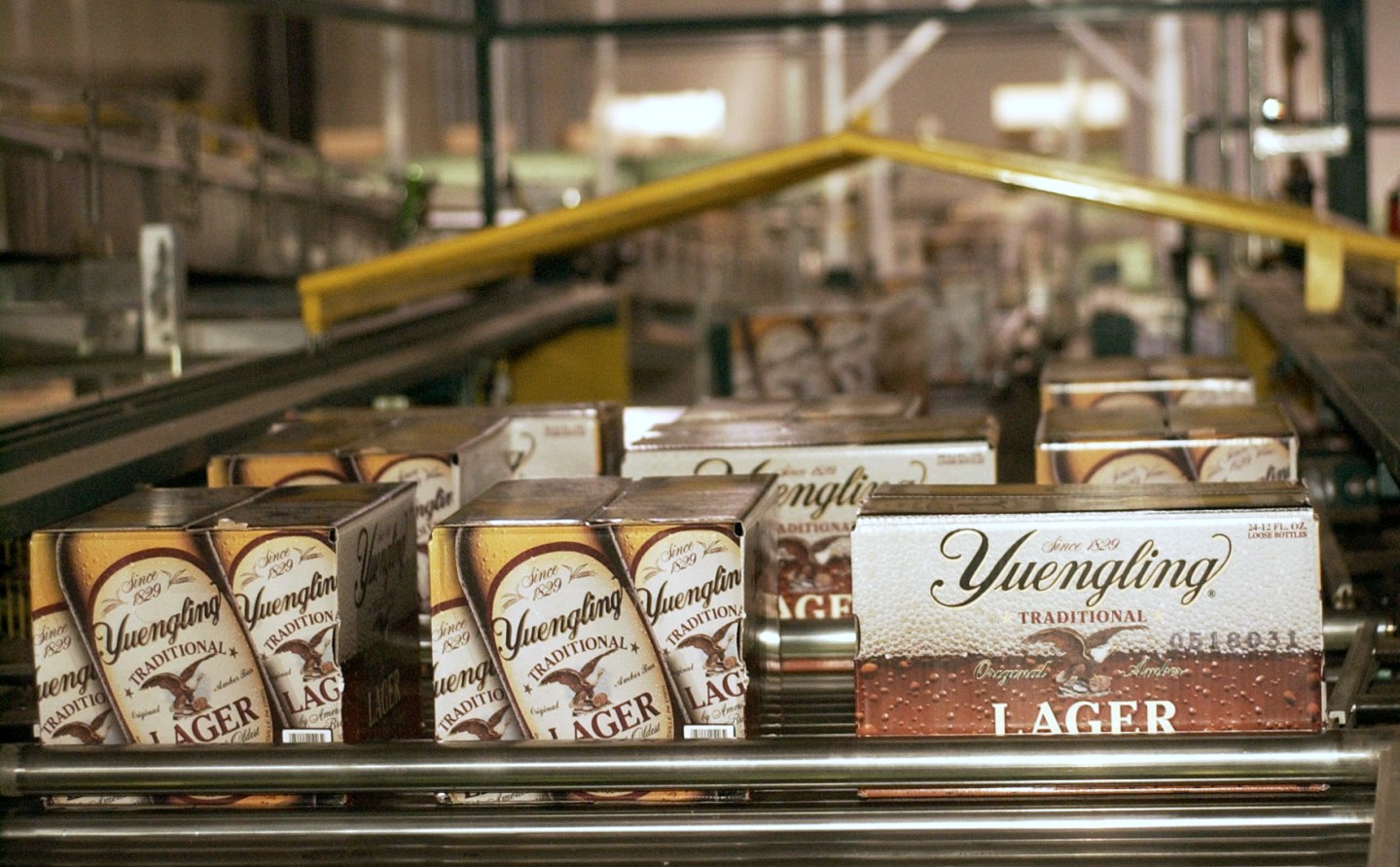 UNITED STATES - JUNE 29: Cases of lager roll off the assembly line at the Yuengling brewery in Pottsville, Pennsylvania, Wednesday, June 29, 2005. The U.S. economy grew at a 3.8 percent annual rate from January through March, matching the pace in the previous three months and suggesting Federal Reserve policy makers will keep raising interest rates. (Photo by Mike Mergen/Bloomberg via Getty Images)
Bloomberg via Getty Images

The owner of the Yuengling beer company is under fire from at least some of the brand’s fans for his support of Donald Trump‘s presidential campaign.

Richard “Dick” Yuengling Jr. escorted Trump’s son Eric on a tour of the company’s brewery in Pennsylvania’s East Norwegian Township this week in a show of support for the GOP candidate’s campaign. “Our guys are behind your father,” Yuengling said, in remarks reported by the Reading Eagle.

The response on social media was swift and harsh toward what for many is a Pennsylvania mainstay. Pennsylvania State Rep. Brian Sims, a self-described long-time drinker of the beer, said he was “too smart and too grown up” to support the company given owner’s support for Trump.

“D.G. Yuengling & Son, Inc. believes that an agenda that is anti-woman, anti-immigrant, anti-LGBT, anti-racial minority and anti-equality is best for them,” he wrote on Facebook. “That tells me all I need to know about what they think.”

Yuengling endorsing Trump pisses me off. It's 1 of my favorite beers, but "people before profits" I say, so until they change, they lost me.