Ford Is Idling Its Focus Plant for Another 2 Weeks 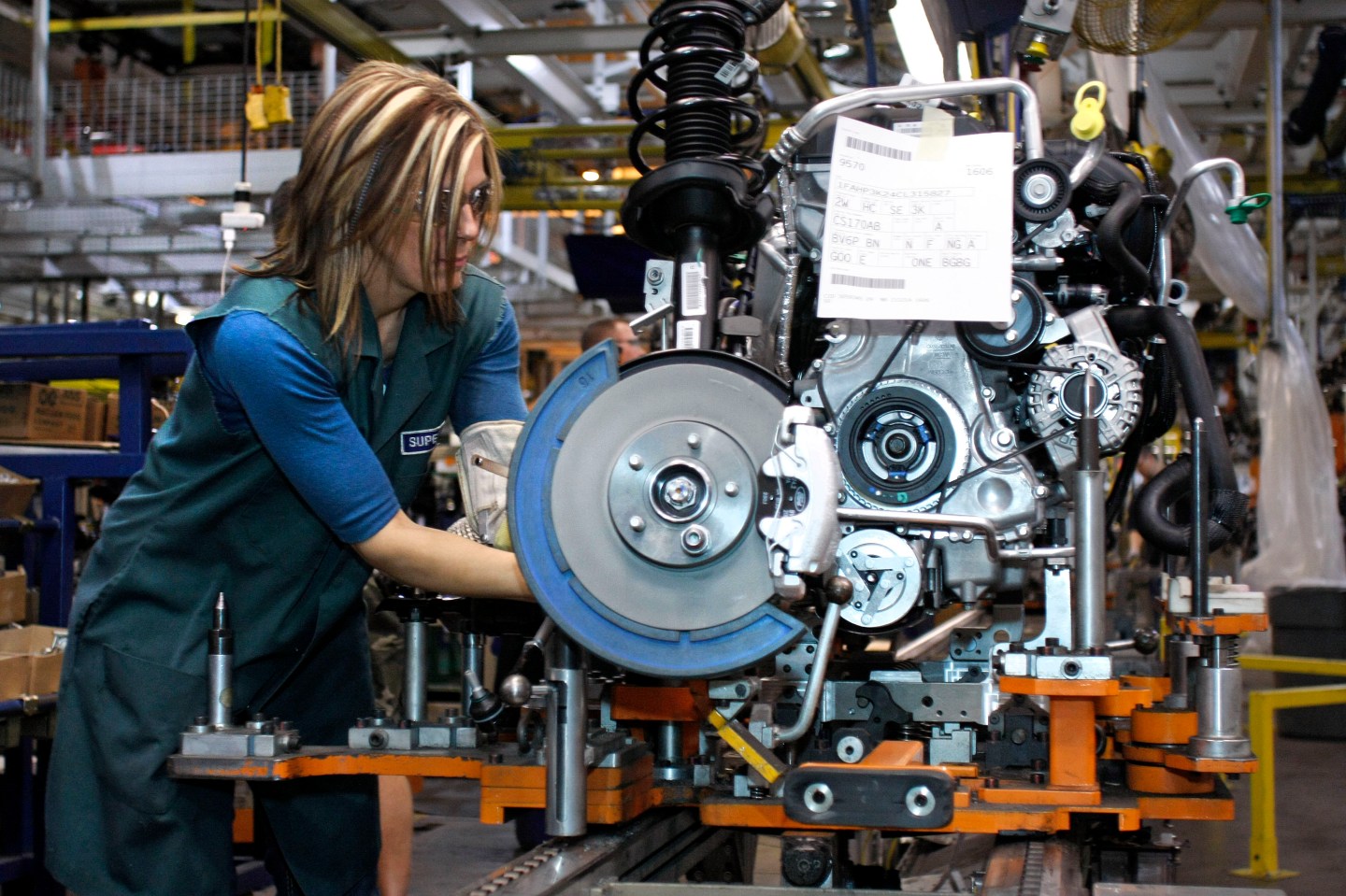 WAYNE, MI - DECEMBER 14: A worker builds an engine for a 2012 Ford Focus on the assembly line at the Ford Motor Co.'s Michigan Assembly Plant December 14, 2011 in Wayne, Michigan. Ford released details about the electrification of the Michigan Assembly Plant that will power production in part by one of the largest solar energy generator systems in order to produce their new C-MAX Hybrid and C-MAX Energi electric vehicles. (Photo by Bill Pugliano/Getty Images)
Photograph by Bill Pugliano — Getty Images

Ford Motor Co said on Thursday it will idle the Wayne, Michigan factory an extra two weeks by the end of the year, adjusting to light demand for the Focus compact and C-Max hybrid cars made there.

This is in addition to the normal holiday shutdown for all Ford North American plants in the last week of the year, a Ford spokeswoman said.

Ford, when it issued its third quarter earnings earlier on Thursday, said it was cutting inventories because it expects a slight downturn in the U.S. new vehicle market in 2017.

Ford Chief Financial Officer Bob Shanks said one of the three shifts at the F-150 pickup truck plant in Kansas City, Missouri will be out next week to manage inventory. This is in addition to this week’s full-plant shutdown for the same reason, which Ford revealed earlier this month.

The Michigan Assembly Plant in Wayne is the same factory Republican presidential nominee Donald Trump pointed to when he blasted Ford for moving U.S. jobs to Mexico.

Chief Executive Officer Mark Fields has said Ford is maintaining American jobs by keeping the company strong enough to compete in a tough market where profit margins for small cars are slight.

During contract talks in 2015, Ford confirmed that it would move Focus and C-Max production out of its Wayne, Michigan, plant in 2018. The United Auto Workers union said at the time that Ford planned to build the next Focus in Mexico.

A source briefed on the matter said the shift of production to Mexico was expected to take place next year before the start of the 2018 model year.

In April, Ford reiterated that it was planning to build two new vehicles at the Wayne plant beginning in 2018. UAW officials have and analysts have said they expect Ford to build a new Bronco SUV and Ranger midsize pickup there.

Earlier this month, Ford also announced temporary plant shutdowns in Kentucky and in Mexico to manage inventory of its Escape SUV and Lincoln MKC SUVs, Fusion and Lincoln MKZ sedans, and the Fiesta small car.