Elon Musk Says Tesla Doesn’t Need to Raise Money, But It Could 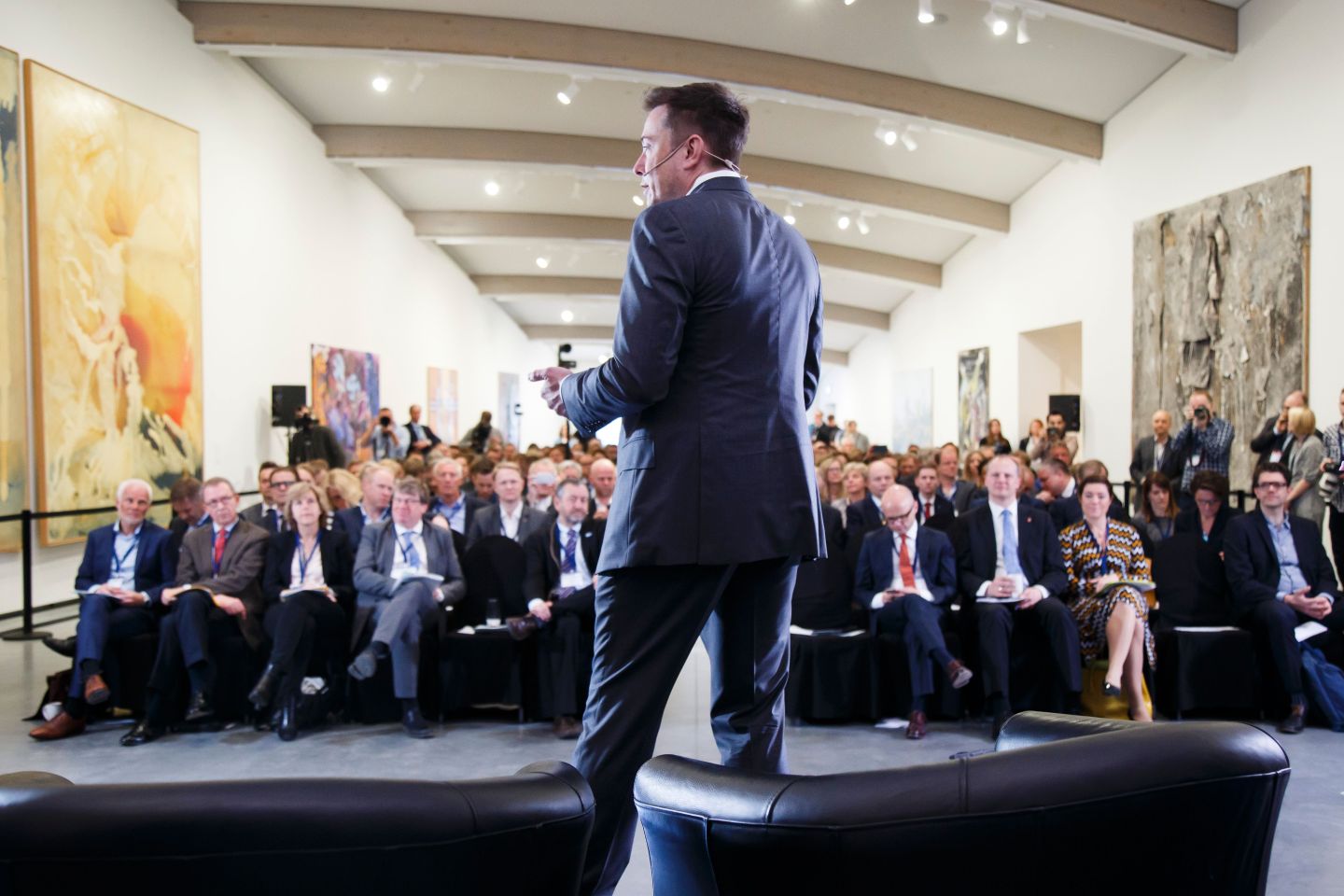 It might be wise for Tesla Motors to raise more funds to help bankroll its upcoming car launch and factory expansions. But does Elon Musk’s electric car company need to?

No, said Musk, during the company’s earnings call on Wednesday afternoon, explaining that Tesla’s “current financial plan does not require any capital raise for Model 3 at all.”

Musk clarified that Tesla, which just reported one of its best quarters ever, hasn’t yet decided whether it should raise capital or not to account for uncertainty, to “have a larger buffer” and to “de-risk the business.”

Later in the call, Musk said: “It gets a little scary in terms of how much capital we have in the bank relative to our sales volume,” . . . but “raised capital is something that’s nice to have, not a necessity.”

Earlier this year, Tesla changed the language in a filing to reflect Musk’s more recent contention. Previously, Tesla’s filings said that the company planned to raise debt or equity financing before the end of the year. The new filing, which was entered earlier this month, now states that Tesla won’t have to raise funds this year.

However, it appears that Tesla will likely raise debt or equity funding at some point in 2017 to help fund the company’s car manufacturing expansion and development of the Model 3. While the company reported a profitable third quarter, and could have another profitable fourth quarter, Tesla plans to ramp up capital spending in 2017.

The company will need to spend heavily to grow its car production from about 80,000 cars this year to 500,000 cars in 2018. Investments include factory expansion in Fremont, Calif., and much of the development of the Gigafactory, a huge battery factory outside of Reno, Nev.

For an inside look at Tesla’s Gigafactory, watch:

Musk also used the earnings call to try to assure investors that SolarCity, the solar company that Tesla is in the process of acquiring, won’t be too much of a financial drag on the business. Musk said that it looks like SolarCity (SCTY) will be either “neutral” to Tesla’s fourth quarter earnings or “perhaps a cash contributor” “in a small way.”

SolarCity’s shares rose close to 4% in morning trading on the positive news. Tesla’s jumped over 3%.

On November 17, Tesla and SolarCity shareholders will vote on the proposed merger. While Musk has said the combined company will save $150 million, analysts are worried that SolarCity’s financials will pile on debt and losses on top of Tesla’s already cash-hungry business.