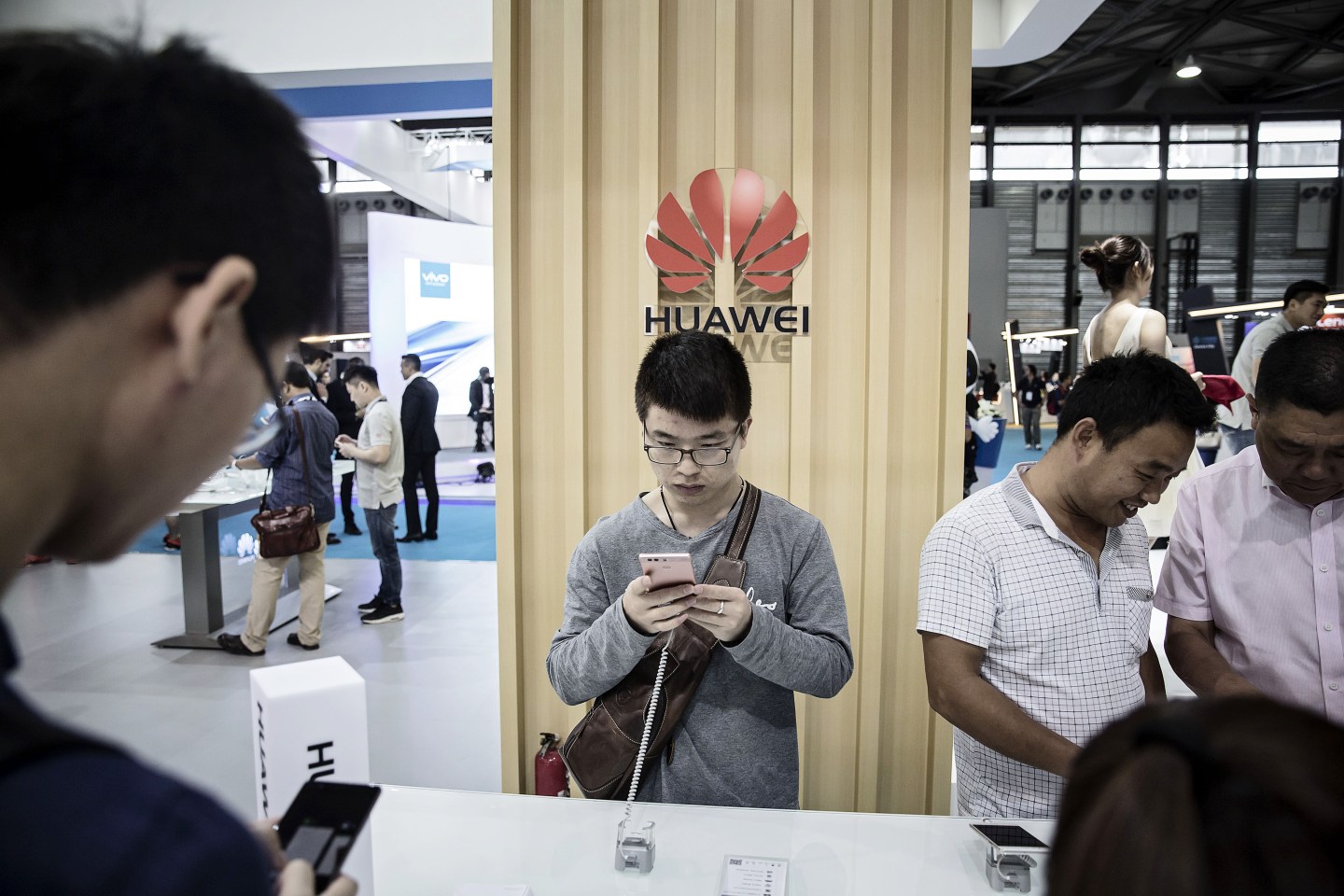 More than half a billion Chinese own smartphones. But their favorite handsets barely register any brand recognition outside of China. In the third quarter of this year, nearly one-third of the world’s largest smartphone market was controlled by two domestic makers, Oppo and Vivo, according to Counterpoint, a Hong Kong-based technology market research firm. Oppo’s R9 handset was the best selling phone in that period, besting Apple’s iPhone and Samsung’s Galaxy. Overall, 120 million smartphone handsets were sold in China from June to September this year, Counterpoint says.

Gone are the days when foreign competitors were guaranteed pole position in China. “Chinese companies can compete with foreign brands like Samsung or Apple not just on lower price,” says Sun Yanbiao, founder of Mobile No. 1, an independent Chinese mobile industry analysis firm. “Some of them even have better functions.”

Some Chinese brands, like Huawei and Xiaomi, the No. 3 and 4 phone-makers respectively, have attempted international forays. One-third of all smartphones sold in India, for example, are now Chinese brands. But the prize remains the domestic market, which has cycled through industry leaders with whiplash speed. Walk through any Chinese city and billboards for Apple (now No. 5 in terms of China market share) are dwarfed by advertisements starring Scarlett Johansson, Lionel Messi and even FC Barcelona—all pitching for local brands.

Here are five Chinese smartphone makers worth getting to know.

From June to September 2015, Oppo controlled 9.9% of the Chinese smartphone market. This year, during the same time period, Oppo ranked No. 1 with 16.6% market share, according to Counterpoint. Its flagship R9 may look like an iPhone and act sort of like an iPhone but it’s got a bigger screen, lower price point and a much faster-charging battery. To burnish its international image, Oppo has signed a sponsorship deal with FC Barcelona. The company’s handsets have done particularly well with young Chinese from inland cities.

Vivo has only been making phones for five years, but it is second only to Oppo in Chinese market share, with smartphone sales growing by 114% year-on-year this past quarter, to 16.2% of the market. Vivo’s X7 handset offers a front-facing 16 megaixel camera—perfect for selfies and the highest resolution in the industry—shared only by Oppo handsets. The similarity between the two firms’ products is no coincidence. Vivo is owned by BBK Electronics. The company first made its name with a gaming console that seemed to borrow heavily from Ninetendo’s Game Boy, but it moved into communications and now also happens to control market leader Oppo. It has two other smartphone brands, OnePlus and imoo. BBK is based in Dongguan, the southern Chinese factory town, but it has global ambitions, sponsoring India’s premier cricket league and exclusively partnering with the NBA in China. Still, it’s not clear how China’s ultra-competitive smartphone market will support both Vivo and Oppo in the future.

For more on the smartphone market, watch Fortune’s video:

Offering everything from smartphones to rice cookers, Xiaomi made history as China’s largest privately held startup. But after holding the No. 1 sales position for two years because of its low-priced phones and savvy online marketing, Xiaomi lost out to high-end local competitors. This week, Xiaomi unveiled its priciest product yet, the $600 Mi Mix, which features a Philippe Starck-designed ceramic body and bezel-less screen. The company may also be hoping that its Mi Note 2, a Galaxy Note 7 lookalike, will profit from the Samsung product’s exploding-phones debacle.

Just a few months ago, Huawei ranked as China’s No. 1 selling brand, according to market researcher IDC, but the Shenzhen-based firm has since succumbed to upstarts Oppo and Vivo. Like the offerings of many of its domestic competitors, Huawei’s high-end P9 smartphone has dual SIM card slots so that people can switch between two numbers. (More than half of Chinese have two SIM cards.) The P9 camera boasts a Leica co-engineered lens. To pitch products overseas, Huawei has tapped football star Lionel Messi and Hollywood actress Scarlett Johansson.

Once an online video-streaming site, LeEco has expanded into smartphones, smart TVs and even blockbuster movies. (The company also promises to debut self-driving cars.) LeEco’s handset sales recorded robust growth in Q3 largely because of its ability to stream proprietary TV shows and movies onto its devices, as well as a massive library of other entertainment. The company expects to ship 25 million handsets this year. LeEco will begin online sales of its handsets (plus streaming entertainment ecosystem) in the U.S. next month but it’s hard to see how the Chinese brand can compete with the likes of Apple.