Hillary Clinton Tells Her Supporters to Ignore the Polls 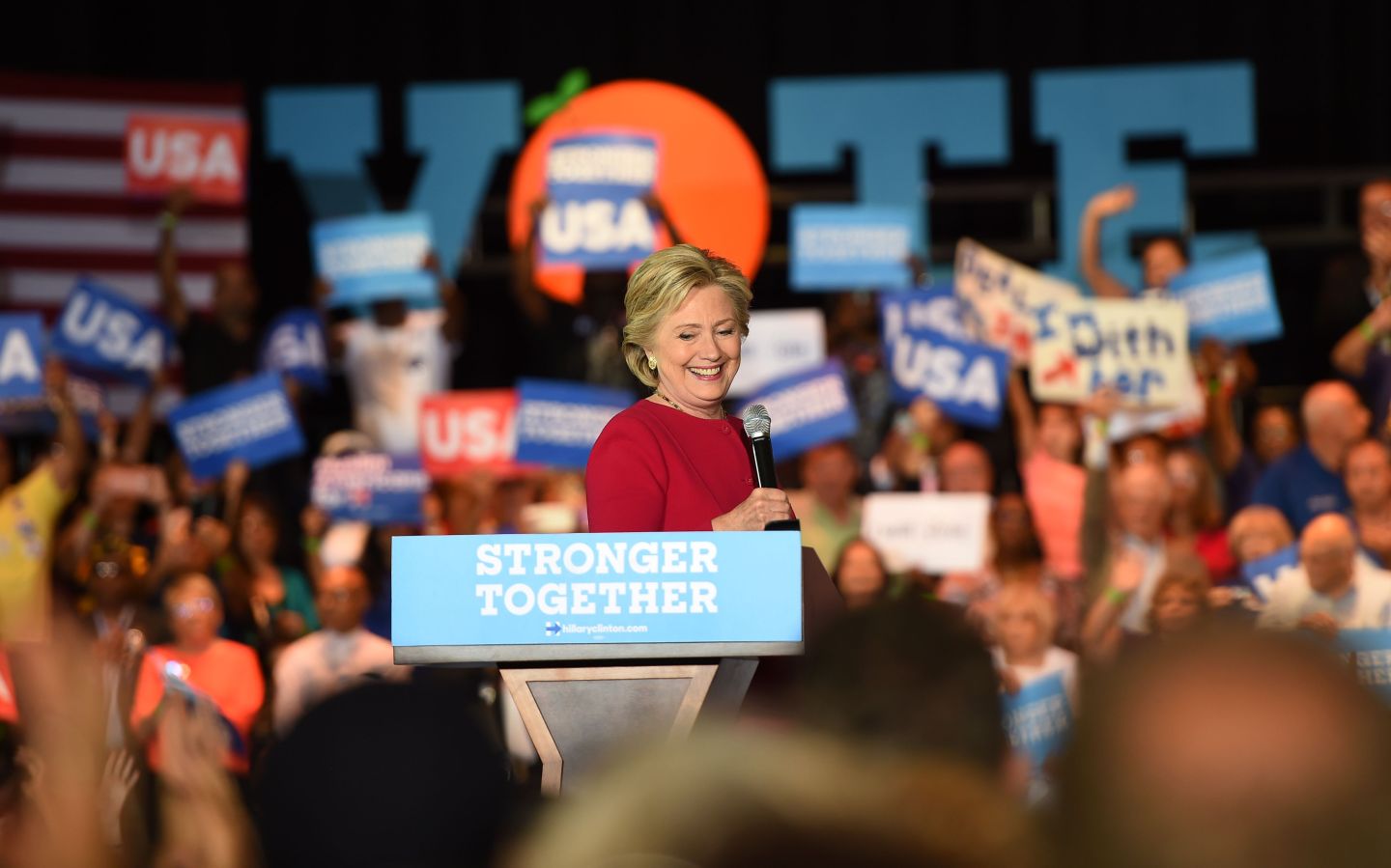 Clinton received a further boost when Colin Powell, who served as Republican President George W. Bush’s secretary of state, said he would vote for her, according to media reports.

Clinton told a rally in Florida, one of the battleground states where the election is likely to be decided, that Democrats cannot afford to slacken.

“I hope you will come out and vote because it’s going to be a close election. Pay no attention to the polls. Don’t forget, don’t get complacent, because we’ve got to turn people out,” she said in Coconut Creek, standing in front of a large sign reading “Vote Early.”

An average of national polls on the RealClearPolitics website since mid-October gives Clinton a lead of more than five percentage points, as Trump fights off accusations that he groped women and faces heavy criticism for suggesting he might not accept the result of the election if he loses.

Trump denies the accusations of sexual misconduct and says the election is rigged against him, although he has not cited widely accepted evidence to back that up.

On Tuesday, Trump told Reuters that Clinton’s plan for fixing the Syrian civil war would “lead to World War Three,” because of the potential for conflict with military forces from nuclear-armed Russia.

In an interview focused largely on foreign policy, Trump said defeating Islamic State is a higher priority than persuading Syrian President Bashar al-Assad to step down, playing down a long-held goal of U.S. policy.

Clinton has called for the establishment of a no-fly zone and “safe zones” on the ground in Syria to protect noncombatants.

The two candidates have sparred in recent days over the U.S.-backed Iraqi military push to take the northern Iraqi city of Mosul from Islamic State, which Trump described as a “total disaster.”

“He’s declaring defeat before the battle has even started,” Clinton, a former secretary of state, said on Tuesday.

She urged supporters to take part in early voting, which began this week in Florida, likely to be one of the biggest prizes on election night.

“Nobody should want to wake up on Nov. 9 and wonder whether there was more you could have done,” Clinton said.

Clinton maintained a commanding lead in the race to win the 270 Electoral College votes needed to win the White House, according to Reuters/Ipsos States of the Nation project results released on Saturday. They showed that Clinton had a better than 95% chance of winning, if the election had been held last week.