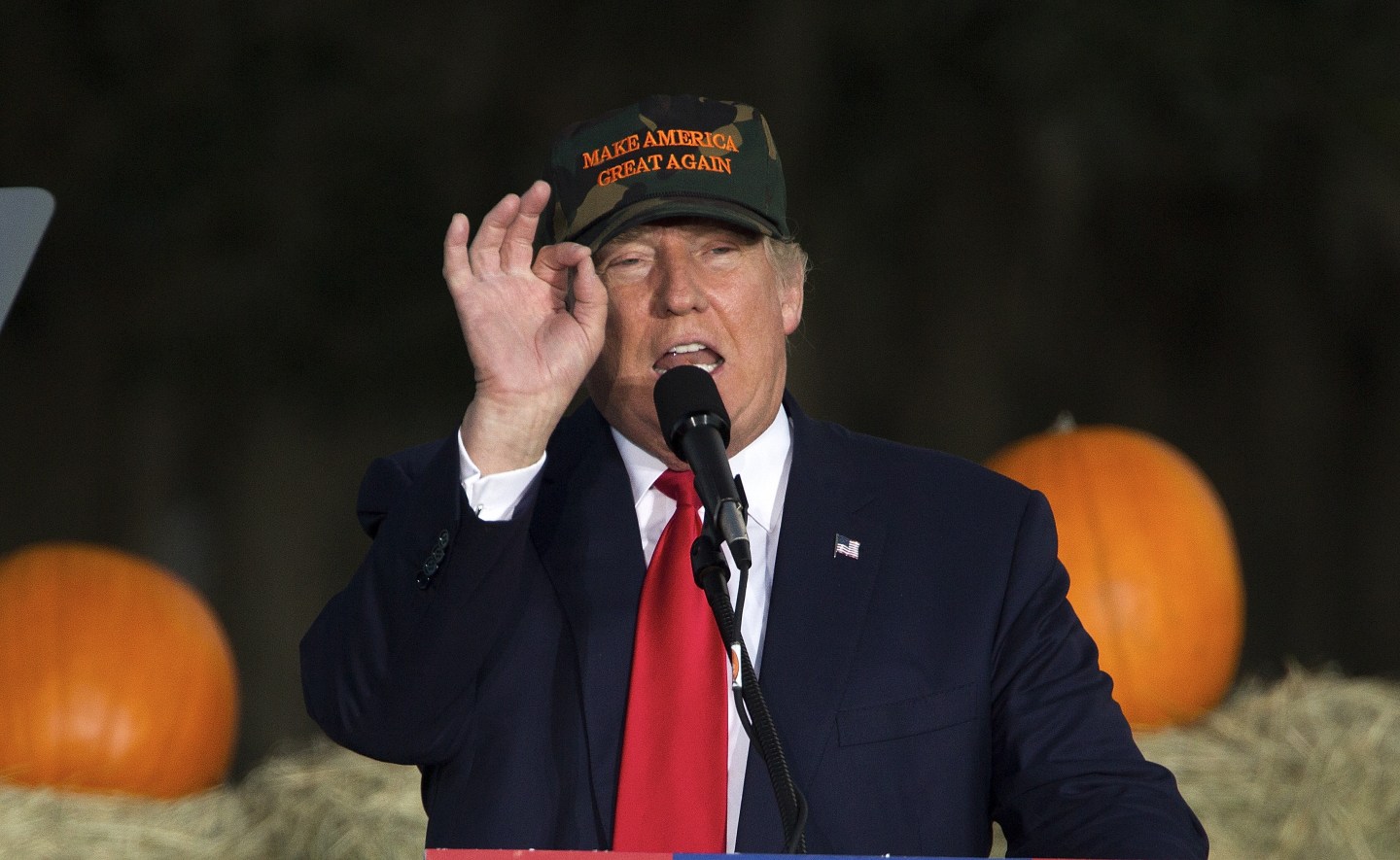 Donald Trump is mocking Vice President Joe Biden’s wish to bully the Republican nominee, saying that Biden is only a tough guy “when he’s standing behind a microphone by himself.”

Biden, criticizing Trump’s vulgar remarks toward women, said last week that he wished he could take Trump “behind the gym” to settle things.

Trump, speaking in Florida on Tuesday, declared that “he’d love that.”

“Mr. Tough Guy!” Trump teased. “You know when he’s Mr. Tough Guy? When he’s standing behind a microphone by himself!”

Trump’s rally in Tallahassee was the final stop of a three-day blitz through Florida, a state vital to his White House hopes.