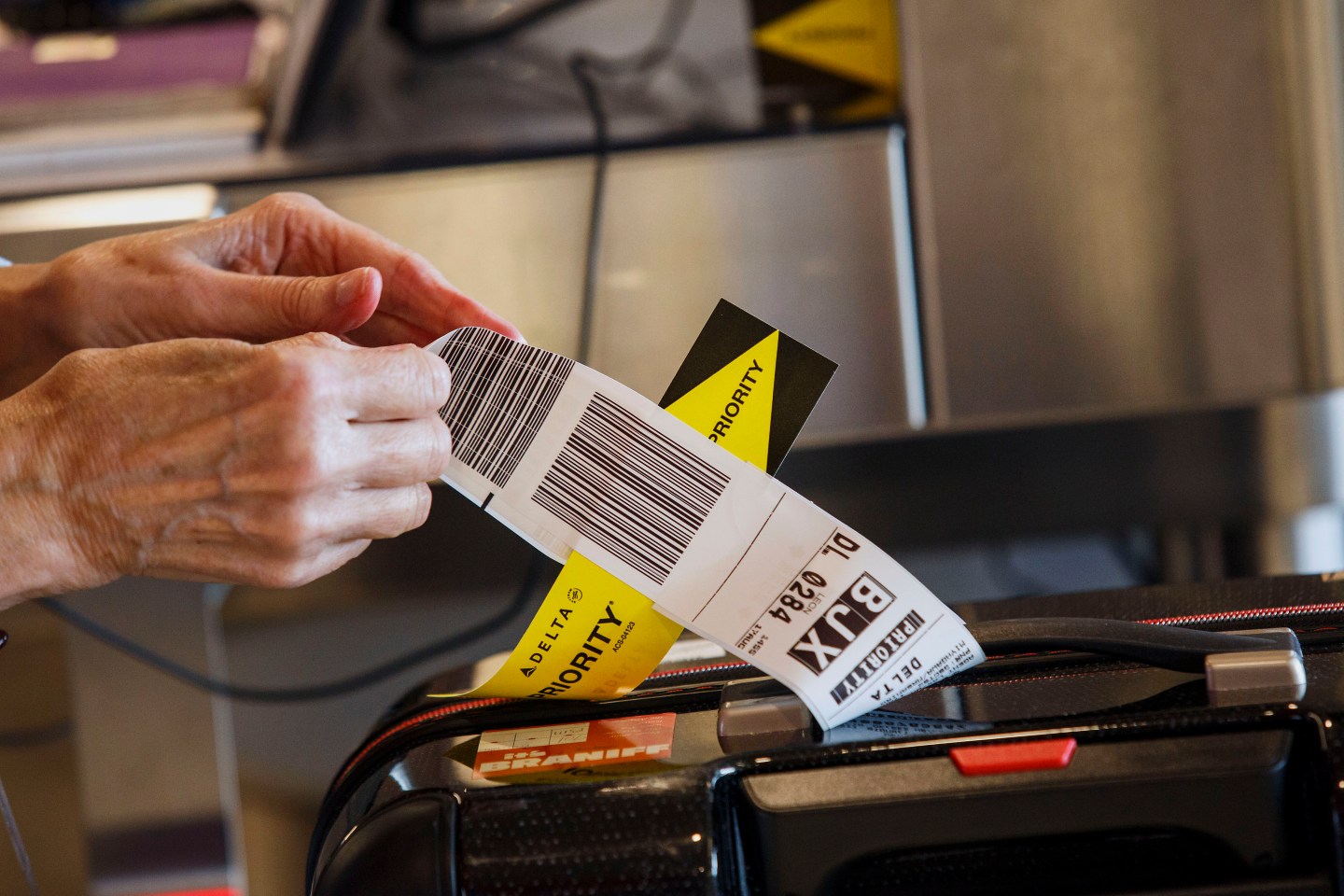 A ticket agent attaches a Sky Priority baggage tag before it is placed on a conveyor belt in Delta Air Lines Inc. Terminal 5 at Los Angeles International Airport (LAX) in Los Angeles, California, U.S., on Monday, Aug. 17, 2015. LAX is one of a handful of major U.S. airports where no one carrier dominates -- each of the four biggest airlines now holds market share between 14 percent and 18 percent. Photographer: Patrick T. Fallon/Bloomberg via Getty Images
Photo by Patrick T. Fallon—Bloomberg via Getty Images

Of all the stressful components of flying, losing your luggage is undoubtedly the worst.

Delta (DAL) is hoping to reduce the likelihood of that happening by letting flyers track their baggage through the Fly Delta mobile app. The company announced on Tuesday that this feature is now available at all domestic airports, and will be rolled out to international locations within the next few months.

Earlier this year, Delta introduced a new RFID luggage tag—the acronym stands for “Radio Frequency Identification.” At the time, the airline said that by the beginning of the fourth quarter of 2016, flyers would receive push notifications from the Fly Delta mobile app letting them know when their bag is scanned at a certain checkpoint. Now, almost following through on that promise, flyers can check the app to see the last place where their luggage was scanned. Push notifications are expected to launch later this year.

“We’re the first carrier to offer this level of visibility,” Bill Lentsch, Delta’s senior vice president of airline operations and airport customer service, said in the press release. “From the moment our customers drop off their bag, we want them to know we’re looking out for it every step of the way and working to take the stress out of flying one innovation at a time.”