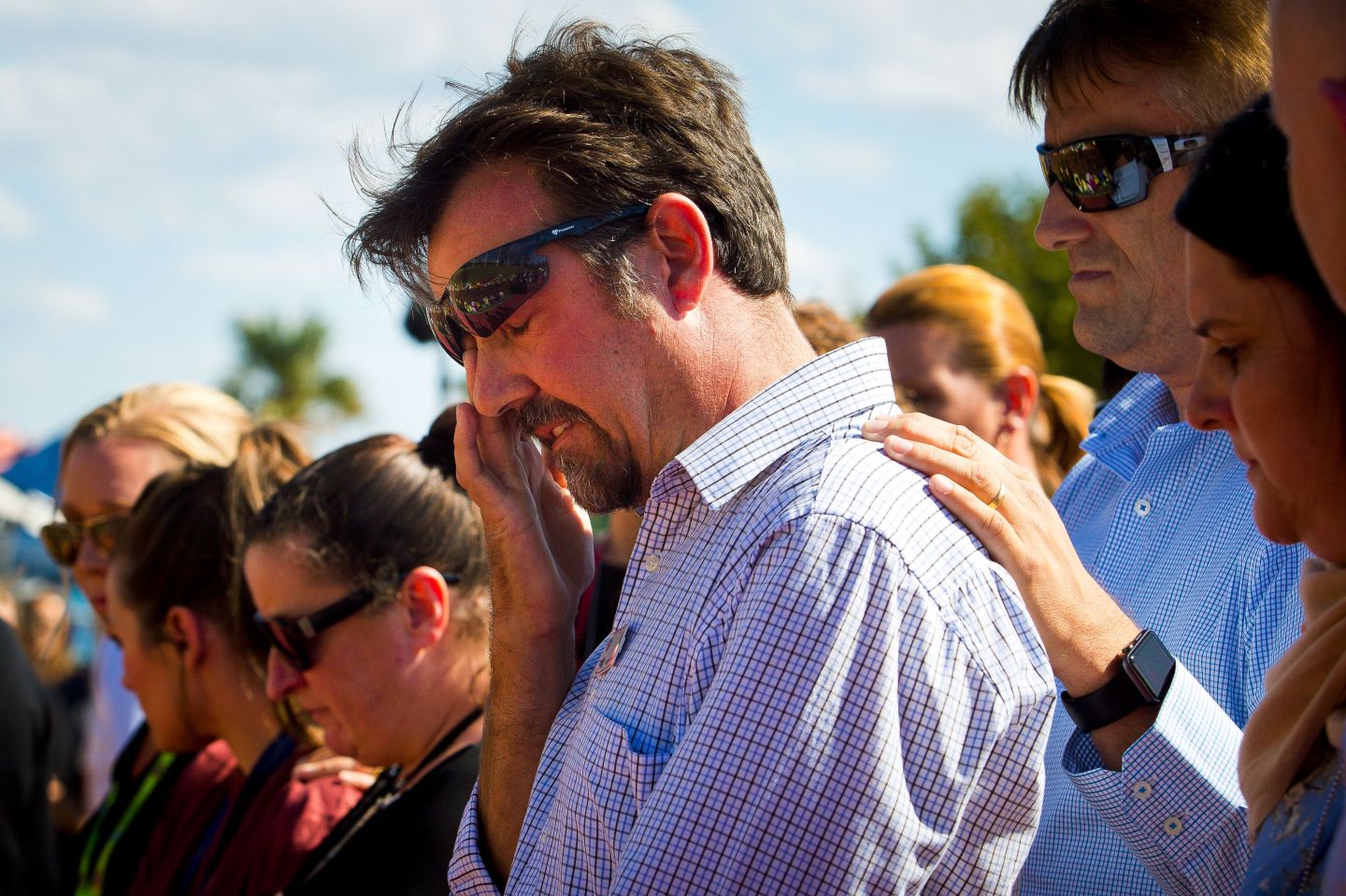 A Dreamworld staff member reacts at Dreamworld theme park on the Gold Coast on October 26, 2016, after paying his respects to victims of an accident at the theme park. Two children had a "miracle" survival when the raft flipped at the Australian theme park killing four adults, police said on October 26, as claims emerged that safety concerns had been raised at Dreamworld last year. / AFP / Patrick HAMILTON (Photo credit should read PATRICK HAMILTON/AFP/Getty Images)
PATRICK HAMILTON/ AFP/ Getty Images

One of Australia’s largest theme parks has been closed for business indefinitely after a tragic accident on Tuesday left four people dead.

The nightmare unfolded on Dreamworld’s water ride when a raft flipped over after crashing with another raft, local police said, according to Bloomberg.

Two children, a 10-year-old boy and a 12-year-old girl, managed to survive when they were thrown from the ride, while the other victims were trapped in the ride’s machinery, the BBC reported. Media reports had previously stated that the survivors were two little girls.

The children’s mothers were identified as two of the victims who passed away on Tuesday, according to local media.

Dreamworld is the biggest amusement park on Australia’s Gold Coast. Shares of its owner, Ardent Leisure Group (ANRRF), plunged by 22% as the park began investigating the cause of the incident. Meanwhile, analysts cut their profit forecasts for Ardent, where Dreamworld comprises as much as an estimated 28% of the company’s total earnings, according to Bloomberg.

Dreamworld is currently closed until further notice due to an incident at the park.

“We are deeply shocked and saddened by today’s accident,” Dreamworld wrote on Twitter Tuesday. “Our hearts and thoughts go to the families involved and their loved ones.”

Engineers at the park were said to be examining the equipment at the Thunder River Rapids ride on Wednesday. After reviewing CCTV footage, Queensland Police Assistant Commissioner Brain Codd told reporters it was “almost a miracle that anyone came out of that.”

It is unclear whether the accident will prompt a broader review of the park’s equipment. One local group says it had expressed “grave concerns” about safety at Dreamworld more than a year ago, according to the BBC. The Australian Workers Union didn’t, however, single out the water ride during its complaint.

Authorities are reportedly investigating whether charges should be filed over the accident, the deadliest theme park tragedy in the country in nearly 40 years.

For more on the theme park business, watch Fortune’s video:

Dreamworld is holding a memorial ceremony on Friday to honor the victims, local outlet 9 News reported.

“Our immediate concern now is to support the families of the victims and to provide appropriate counseling to our visitors and staff,” the park said in a statement.

“We are working closely with authorities to understand exactly what occurred.”