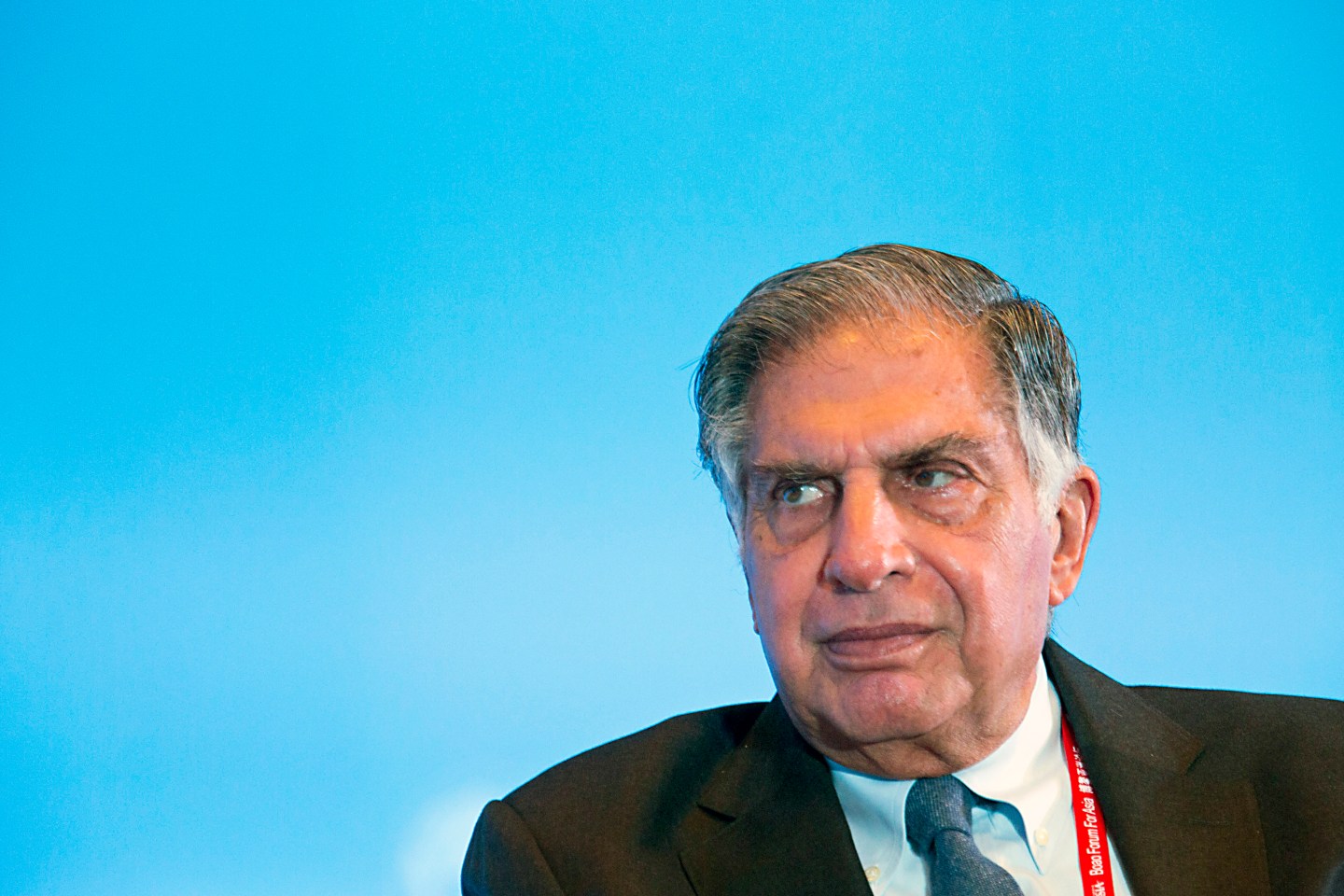 Ratan Tata, patriarch of one of India’s most influential families, will take over as interim chairman of Tata Sons after the salt-to-software conglomerate’s board ousted Cyrus Mistry, who had sought to shake up the firm’s management.

Tata, who had stepped down as chairman and was replaced by Mistry in late 2012, will head the group for four months while the company seeks a replacement.

Tata Sons is a large shareholder in a string of listed Tata Group companies – a business empire ranging from Jaguar Land Rover cars and steel mills to aviation and salt pans.

The board said in a statement on Monday it was decided “it may be appropriate to consider a change for the long-term interest of Tata Sons and Tata group.”

While the board gave no detailed reason for the change, some media reports said there has been discontent with some of Mistry’s actions, including asset sales.

The 48-year-old has been trying to shake up the $100 billion company by changing the management structure to bring in new faces at senior levels.

He has also battled issues on a number of fronts in recent months, including a costly settlement with Japanese telecom operator NTT Docomo (NTDMF) and the sale of Tata Steel’s (TATLY) loss-making UK business.

Britain’s vote in June to exit the European Union was a big setback for the steel sale, which Tatahas now put on hold.

Brexit has also cast a shadow over Tata Motors’ (TTM) luxury car unit Jaguar Land Rover (JLR), which has a large UK manufacturing base. Tata Motors’ quarterly profit halved as the pound slumped following the Brexit vote, and JLR’s CEO warned that some customers in Europe, its biggest market, no longer wanted to buy British cars.

Mistry’s shock exit took many by surprise, though analysts and investors saw Ratan Tata‘s appointment as interim chair as a way to ease concerns. “The impact will be a little softer with Ratan Tata taking over,” Gaurang Shah, analyst at Geojit BNP Paribas, told BTVi television.

The board made its decision at a lengthy meeting on Monday, with six of the nine members backing the ousting of Mistry, said one source who was not authorized to publicly discuss the matter, and did not want to be identified. Two members abstained. Mistry, who could not vote, remains a board director.

Of the five GEC members, two, including Dr. Mukund Rajan and Harish Bhat, will take on senior level responsibilities within the group, said the source, adding it is unclear what roles, if any, would be offered to the other three, Madhu Kannan, former CEO of the Bombay Stock Exchange; NS Rajan, former partner at Ernst & Young; and Nirmalya Kumar, former professor at London Business School.

Indian news channel CNBC TV18 reported that Mistry’s Shapoorji Pallonji family, one of the biggest shareholders in Tata Sons, may legally contest his departure, adding that the Tata family had sought legal advice before making the decision.

“Shapoorji Pallonji could challenge this decision, although I think all the rules were strictly followed and I was convinced,” said Mohan Parasaran, a senior Supreme Court advocate who was consulted by the Tata family about a month ago.

Unlike his predecessor, Mistry has stayed away from the limelight, limiting his speeches to company events.

In a rare interview last month, in Tata‘s in-house magazine, Mistry admitted the challenges facing some of the Tata group companies would “entail hard decisions on pruning the portfolio.”

International revenues make up close to 70% of Tata Group’s total turnover, and the majority of its capital spending has been overseas in the last three years.

The group’s cash cows are Tata Consultancy Services and Tata Motors, together generating half the total annual revenue of $103.5 billion.