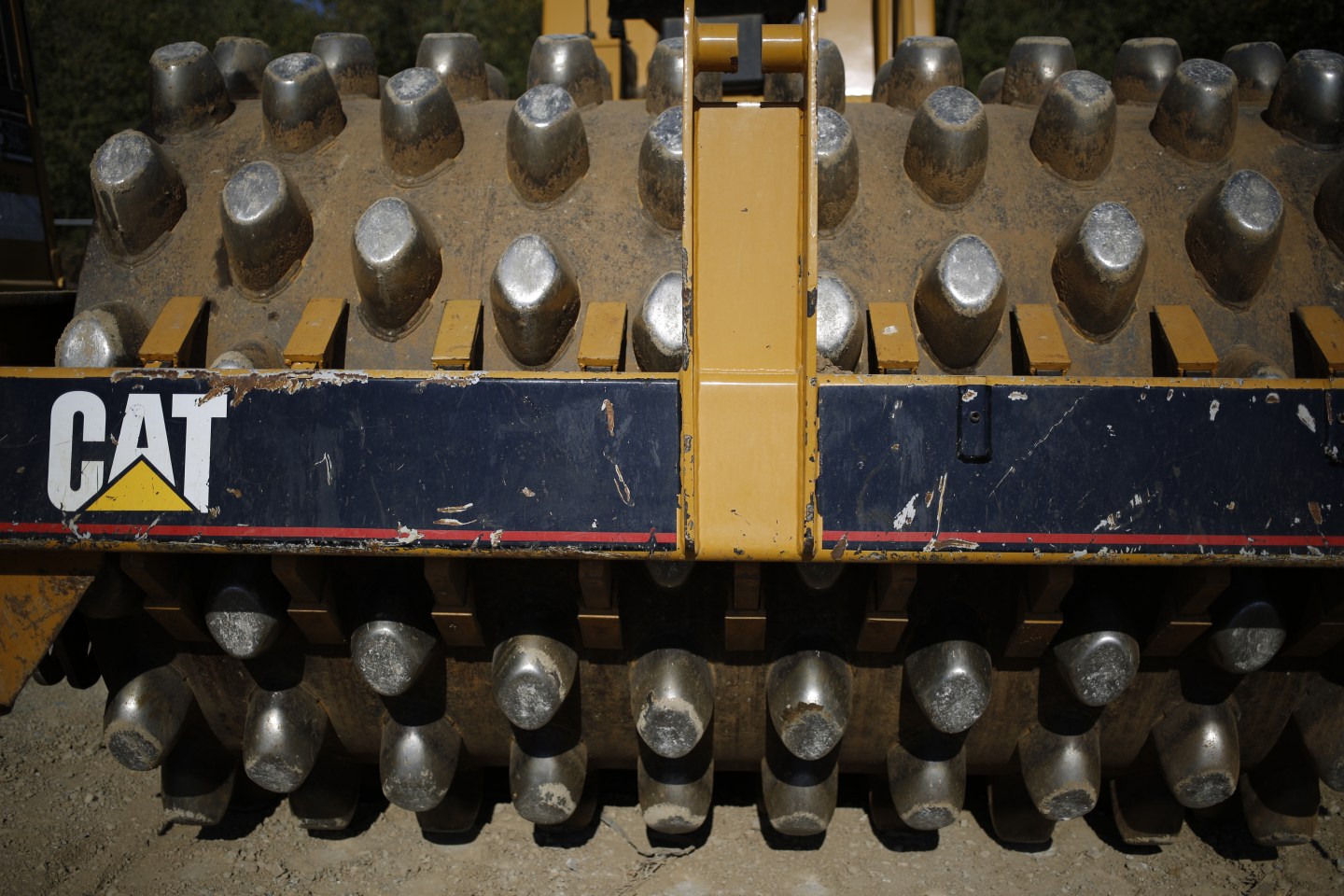 Caterpillar on Tuesday reported a sharply lower third-quarter profit after global economic weakness and an abundance of available used equipment slowed sales of its new machinery.

The world’s largest construction and mining equipment maker also lowered its full-year revenue outlook for the second time. It now expects about $39 billion, down from a range of $40.0 billion to $40.5 billion.

The company expects its challenges to persist into next year, chief executive officer Doug Oberhelman said in a statement.

“In North America, the market has an abundance of used construction equipment, rail customers have a substantial number of idle locomotives, and around the world there are a significant number of idle mining trucks,” Oberhelman said.

The company again raised expectations of 2016 restructuring costs, to $800 million from a previous estimate of $700 million.