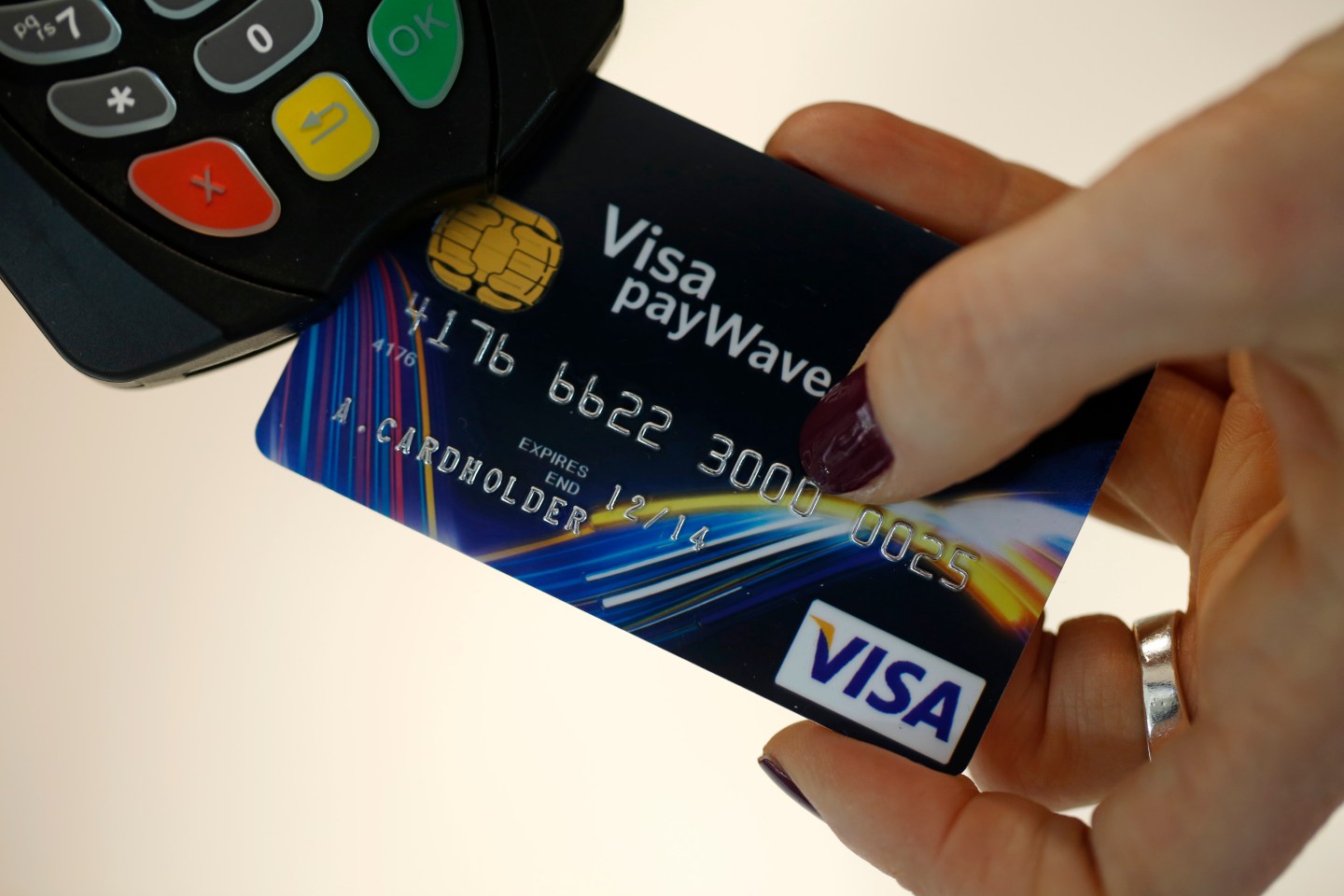 An employee demonstrates the Visa payWave contactless payment system for debit and credit cards at the Mobile World Congress in Barcelona, Spain, on Tuesday, Feb. 26, 2013
Photograph by Simon Dawson—Bloomberg via Getty Images

The company said total payments volume increased 47.1% to $1.86 trillion on a constant dollar basis in the fourth quarter ended Sept. 30.

“We have begun to see the benefits from our acquisition of Visa Europe and strong cost discipline helped our results,” said Chief Executive Charles Scharf, who said last week that he would step down effective Dec. 1.

Scharf’s last big move in his four-year tenure was to consolidate Visa’s position as the world’s largest payments processor with the $23 billion-deal to buy Visa Europe, a deal that was completed in June.

Cross-border volumes jumped 149%, including Visa Europe and on a constant dollar basis.

Operating expenses rose 27% to $1.64 billion, mainly driven by the inclusion of Visa Europe, the company said.

Analysts on average were expecting Visa to earn 73 cents per share and revenue of $4.23 billion, according to Thomson Reuters (TRI).

Visa’s (V) shares initially rose, before falling 1.2% in choppy trading after the bell.