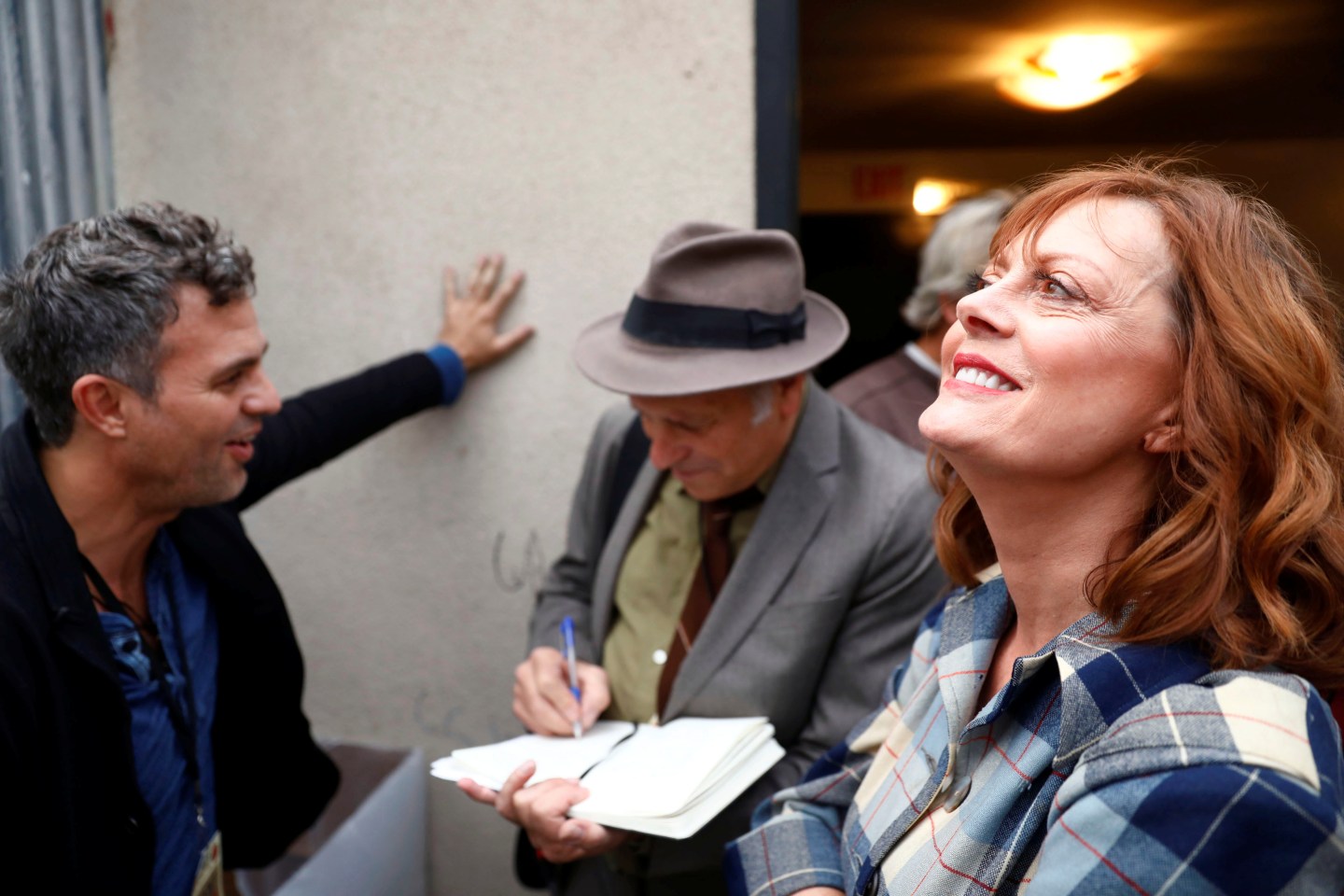 Hundreds of people gathered in Los Angeles on Sunday to protest against climate change and show support for activists demonstrating against the construction of an oil pipeline in North Dakota.

Several Hollywood stars, including Mark Ruffalo and Susan Sarandon, were among the more than 800 people who attended the climate rally in MacArthur Park. Rallygoers carried signs urging to “shut it all down now” and chanted slogans like “water is life.”

“Not only is it an environmental, but it’s a problem in terms of social justice,” Sarandon told the rally. “We can do it. We can stop fracking. We can stop the pipeline. But really it’s only because of great numbers of people.”

Also among celebrity attendees was actress Shailene Woodley, who earlier this month was arrested in North Dakota while protesting the planned pipeline in an incident that was live-streamed on Facebook.

In North Dakota, more than 80 protesters were arrested on Saturday after clashing with police near a pipeline construction site, according to the local sheriff’s department, which pepper sprayed demonstrators.

The Standing Rock Sioux tribe and environmental activists have been protesting construction of the 1,100-mile (1,886-km) pipeline in North Dakota for several months, saying it threatens the water supply and sacred sites.

The pipeline, being built by a group of companies led by Energy Transfer Partners LP, would be the first to bring Bakken shale from North Dakota directly to refineries on the U.S. Gulf Coast.

Supporters say the pipeline would provide a safer and more cost-effective way to transport Bakken shale to the U.S. Gulf than by road or rail.

There were no reports of arrests at the Los Angeles rally, where demonstrators assembled into the evening decrying climate change, hydraulic fracturing and oil pipelines as a threat to the safety of future generations.

“I’d rather walk miles today to protest the building of the pipeline than have my children walk miles to get clean water in the future,” 22-year-old college student Steffany Urrea said.