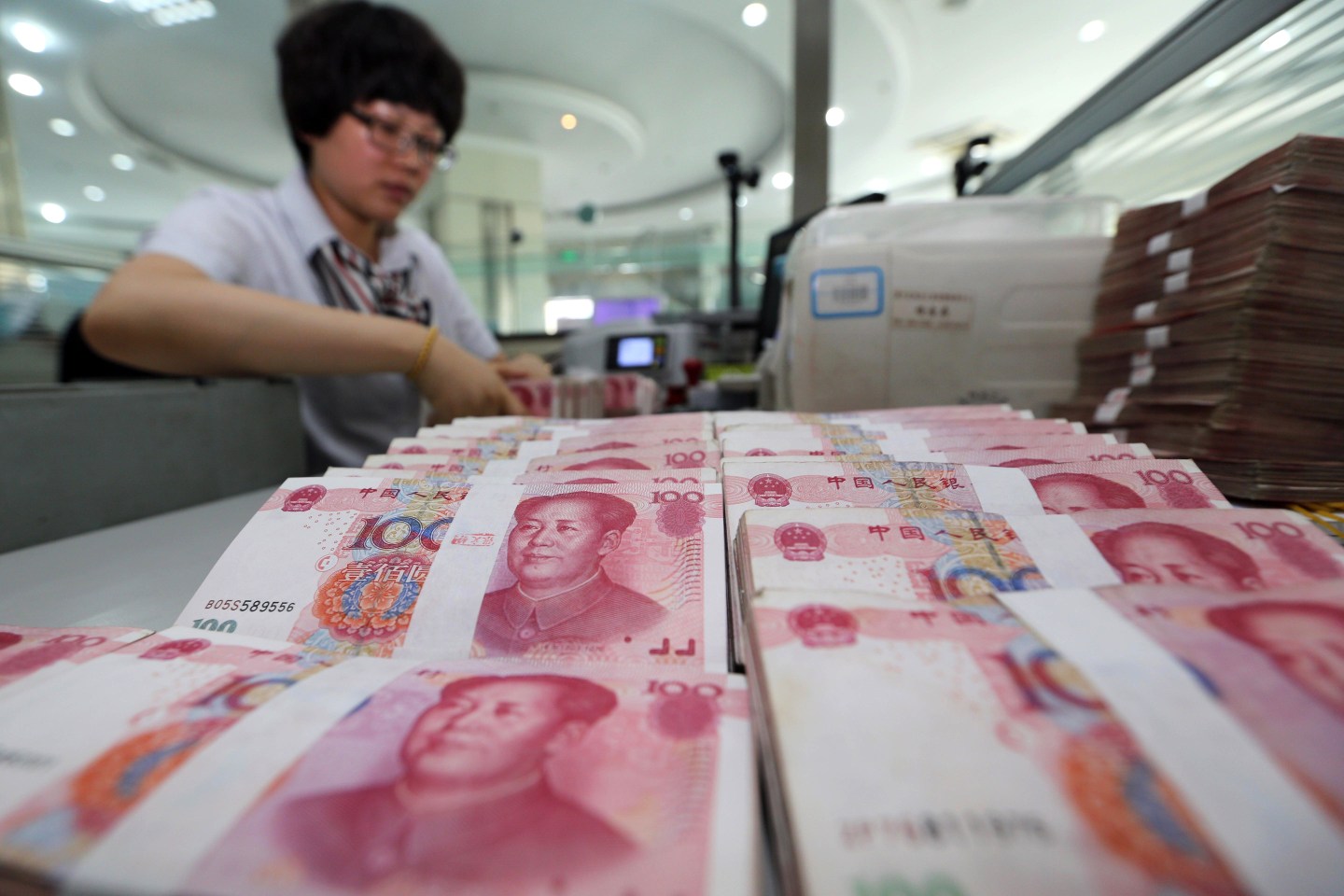 A teller counts yuan banknotes in a bank in Lianyungang, east China's Jiangsu province on August 11, 2015. China's central bank on August 11 devalued its yuan currency by nearly two percent against the US dollar, as authorities seek to push market reforms and bolster the world's second-largest economy. CHINA OUT AFP PHOTO (Photo credit should read STR/AFP/Getty Images)
Photograph by STR/AFP/Getty Images

China’s yuan touched a six-year low against the dollar before partially recovering on Monday, as large state-owned banks sold dollars in an apparent effort to slow a rapid decline in the currency, traders said.

Some traders suspect that state-owned banks occasionally sell dollars on behalf of the central bank to keep the yuan from sliding too quickly, while others believe big banks trade on their own behalf.

The yuan has encountered renewed pressure over the past two weeks as the dollar strengthened, buoyed by expectations that the U.S. Federal Reserve would raise interest rates in December.

For more on the Chinese yuan, watch Fortune’s video:

China takes the official market closing price at 04:30 pm (08:30 GMT) into consideration when it fixes the official guidance rate, in an effort to let market forces play a bigger role in determining the yuan’s value. The market also has a special evening session, which lasts till 11:30 pm.