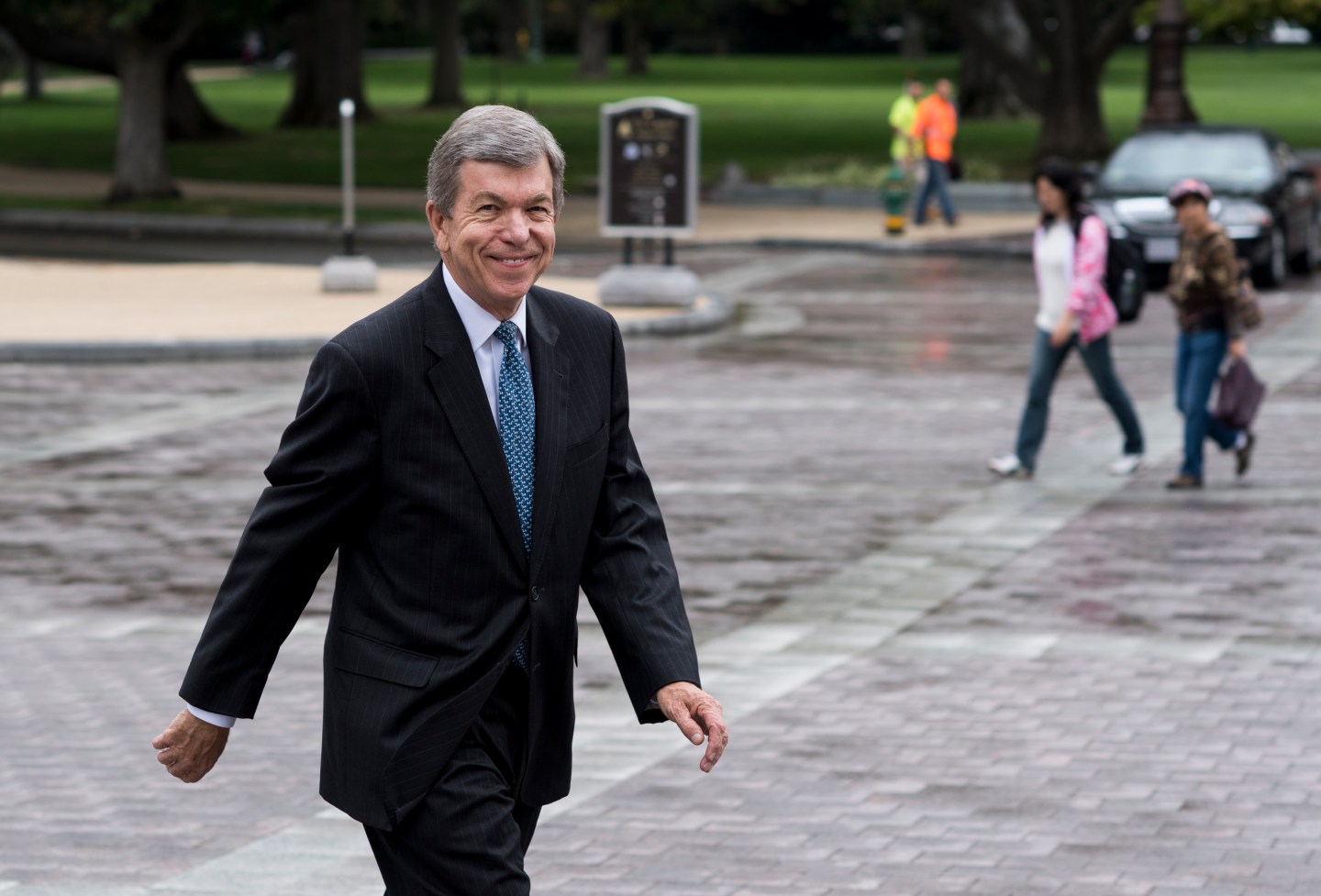 The clamor for change fueling Republican Donald Trump’s presidential campaign may help a little-known Democrat upset a powerful GOP senator in red-state Missouri on Election Day. And with just a handful of competitive races around the country, the outcome in Missouri could help determine control of the Senate.

The contest between Missouri’s secretary of state, Democrat Jason Kander, and Sen. Roy Blunt did not start out high on either party’s list of competitive Senate races in a state Trump is likely to win. But Kander, a 35-year-old veteran, has proved to be a smart and aggressive campaigner, challenging Blunt’s attempts to brand him a liberal by running an ad in which he assembles an AR-15 rifle blindfolded and describes his combat service.

Kander also has sought, unapologetically, to exploit the outsider mood that’s propelled Trump to the fore, criticizing the 66-year-old Blunt as a Washington insider who is part of a failed system.

“Really Donald Trump’s entire message is that people like Sen. Blunt are the problem,” Kander said before a recent rally in Kansas City where Massachusetts Sen. Elizabeth Warren appeared on his behalf.

“Washington’s broken and we’re not going to change Washington until we change the people we send there,” Kander added, “and here in Missouri folks recognize that and they’re looking for a new generation of leadership.”

Missouri is one of three GOP-friendly states, along with North Carolina and Indiana, that have emerged as top battlegrounds as Democrats fight to gain a Senate majority. Democrats need to pick up five seats to accomplish that, or four if they hang onto control of the White House, because the vice president casts tie-breaking votes in the Senate.

Trump’s slide in the polls has sparked growing fears among Republicans that he could cost them majorities in the Senate and even the House. Yet operatives on both sides say the top Senate races remain very close, and thus far, at least, GOP candidates have not cratered in the polls as a result of Trump’s problems.

Blunt counters Kander’s attacks by tying the Democrat to Hillary Clinton, who is highly unpopular in the state, and painting him as too liberal. Blunt’s ads describe the “Clinton-Kander agenda” and they hit Kander for supporting President Barack Obama’s health care law and policies on immigration and taxes.

An ad released Saturday in support of Blunt’s campaign goes even further, portraying Clinton and Kander as identical on issues such as liberal Supreme Court justices. The ad by the Senate Leadership Fund acknowledges Clinton is likely to be elected, and argues: “One Hillary in Washington would be bad enough. Reject Jason Kander.”

An ad on the air for GOP Sen. Kelly Ayotte in New Hampshire contains a similar message. The strategy of arguing in favor of GOP congressional candidates as a check against a President Clinton may become widespread if Trump’s loss looks inevitable.

“This is really an important time. You look at how much is at stake,” Blunt, who backs Trump, said at a rally in the St. Louis suburb of O’Fallon. “We’re going to live with this for a long time.”

Blunt served seven terms in the House before his election to the Senate in 2010, and he’s a member of the Senate GOP leadership. Yet he seemed to be caught unawares in a volatile election year in which Missouri voters also nominated a Republican candidate for governor who’s a young outsider with little political experience.

In recent weeks Blunt’s sagging poll numbers have forced GOP campaign committees to start spending millions to bail him out, to the annoyance of some Republicans. And now Blunt is talking like he’s the underdog.

“It is not easy in our state,” Blunt said. “We’re in a fight. It’s one we can win but nobody needs to take anything for granted here.”

Republicans have tried all year to insulate their Senate candidates from disruptions at the top of the ticket, running races focused on local issues and trying to avoid getting drawn into the controversy of the day with Trump. But as Trump’s poll numbers worsen with the election just over two weeks away, the limits of that strategy may start to show.

Democrats have a financial advantage going into the end stretch and intend to use it in part by running more ads that tie GOP incumbents and candidates to Trump. As Clinton pulls away from Trump nationally, that is freeing up even more money for Democratic candidates in the top Senate races: New Hampshire, Pennsylvania, North Carolina, Indiana, Missouri and Nevada. Republicans have essentially given up on incumbents in Illinois and Wisconsin, while GOP Sens. John McCain in Arizona and Rob Portman in Ohio are considered to be safe.

Sen. Marco Rubio of Florida is also looking strong, though for him and other Republicans there is probably a limit to how far they can outrun Trump if the mogul goes down to a major loss.

Most concerning to Republicans of late is Trump’s rhetoric about the election being “rigged,” which some fear could keep GOP voters from coming out to the polls.

“If his supporters actually think the election is ‘rigged’ than you have to wonder if they will think it’s worth coming out to vote,” said Brian Walsh a GOP consultant and former official at the National Republican Senatorial Committee. “And that could have real consequences down ballot because we need everyone on the GOP side to vote.”