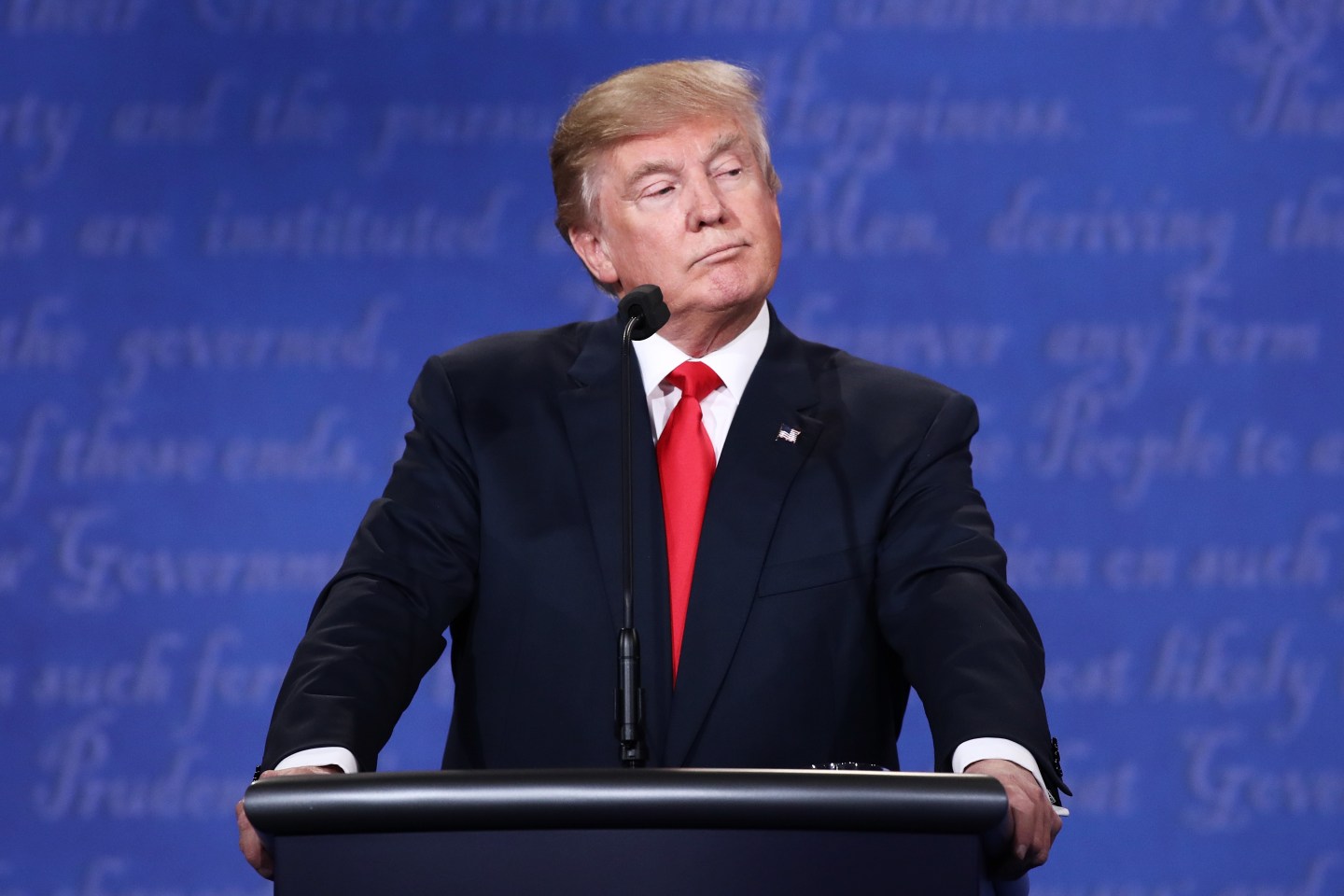 Donald Trump insisted during the final presidential debate that he never insulted the women who accused him of sexual misconduct by saying they were not attractive enough to be assaulted.

Trump denied having made the comments after Hillary Clinton brought up his recent reaction to the accusations at a campaign rally last week in North Carolina. “I did not say that,” Trump repeated three times during the debate Wednesday night. Here’s what he said during the rally:

—“She’s right, she’s a liar. She is a liar. She’s writing a story — check our her Facebook page, you’ll understand.”

Trump did not mention any of the accusers by name at Wednesday’s debate, but he did allude to certain details in their groping stories, including an alleged attack on an airplane and inside a club.