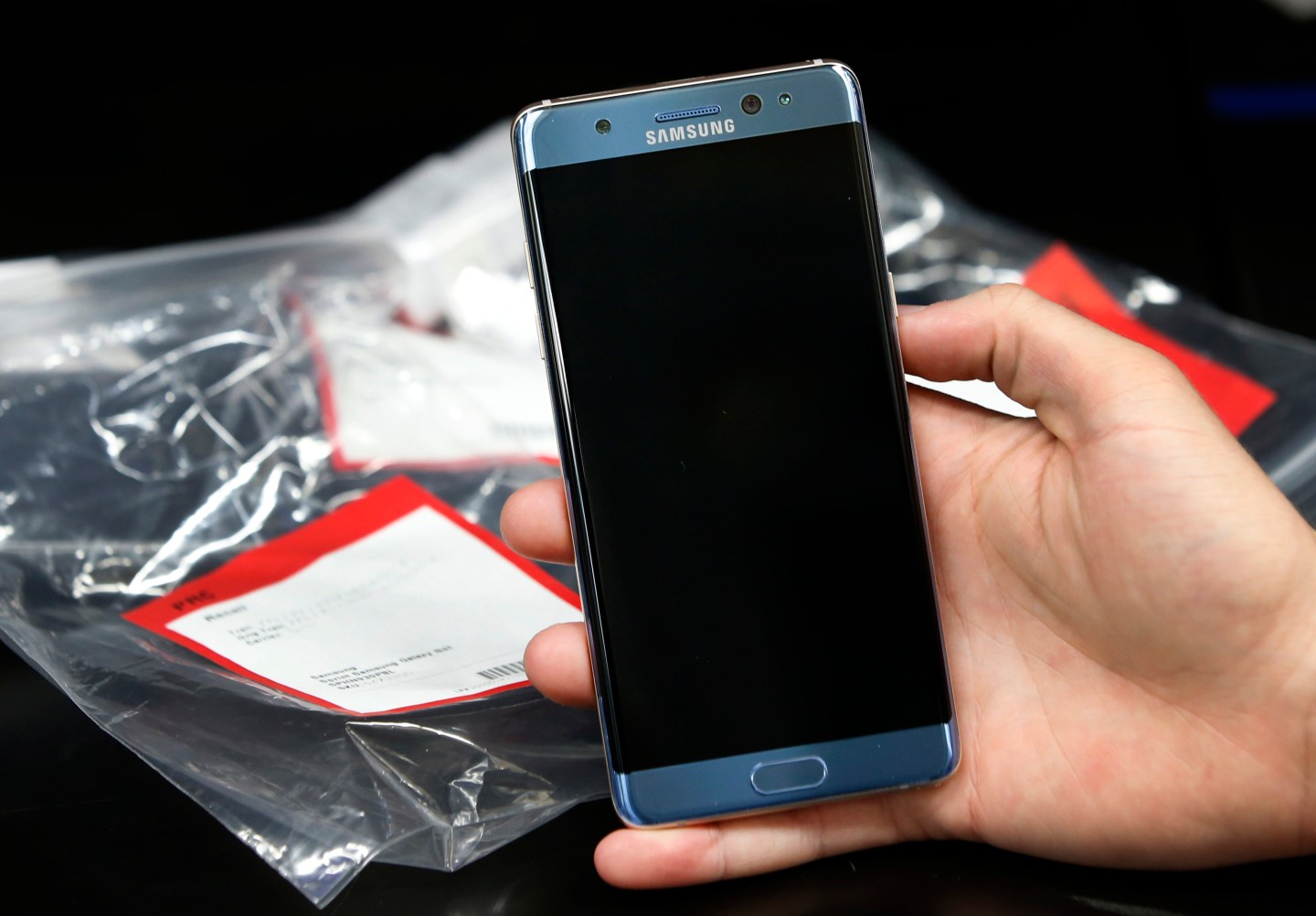 This Halloween, one man is bringing the nightmare that has been the Samsung Galaxy Note 7 to life.

The inspiration for his costume comes after Samsung issued a large-scale recall of the phone in August after receiving reports that it was catching fire and, in some cases, even exploding. Not long after, Samsung canceled the phone’s production entirely. The company has reportedly lost $5 billion in total, and third-quarter profits are expected to take a $2.3 billion hit.

So far, Kiley’s video has been viewed over 2 million times on Facebook (FB):

In his post, Kiley breaks-down how he made it, adding that “the finished costume will add caution tape and my fiancée is dressing as a firefighter and she will be following me around with a fire extinguisher.”

However, people online are confusing his costume for a suicide vest. So now Kiley has added a disclaimer on his Imgur page:

“Many people are seeing this and thinking its a terrorist thing or supposed to be a suicide vest. The Galaxy Note 7 sizzles and catches on fire, but doesn’t “explode” like everyone in the media is saying. So though it may LOOSELY resemble a suicide vest, that was not my intent,” he wrote.