Chris Wallace Is Going to Destroy Donald Trump Over this Topic 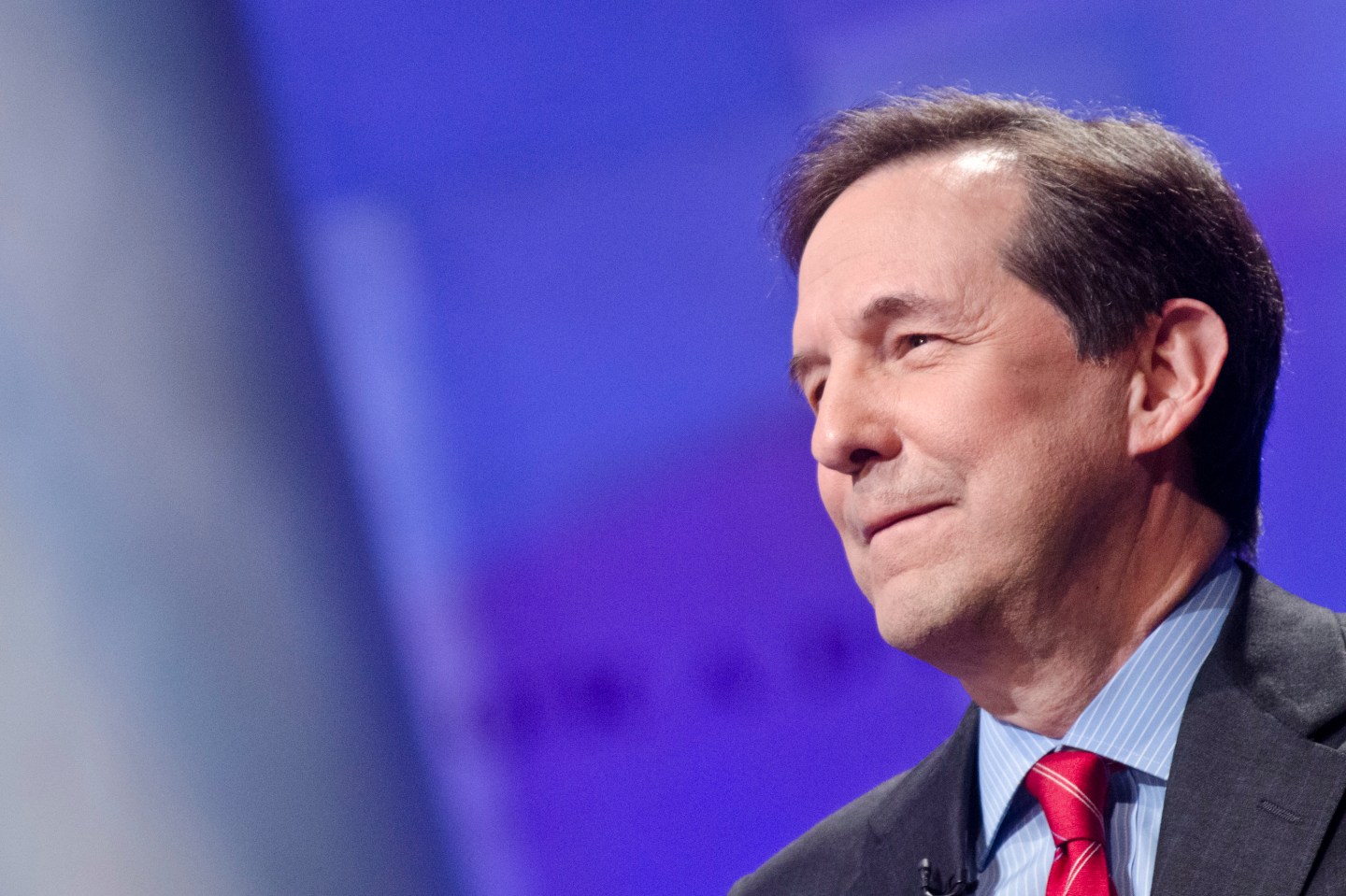 Just weeks ago, Democrats were dreading the prospect of Fox News’ Chris Wallace moderating the final presidential debate of the cycle.

Now that Hillary Clinton has taken a commanding lead in the polls, fears that an anchor from a conservative news network would be particularly hard on the Democratic nominee have subsided, because it’s unlikely that such potential bias would be a decisive factor in the November 8th election.

But given the topics that Wallace chose for this debate, including debt and entitlements and the economy, and Wallace’s track record in discussing these topics, it’s not exactly clear why Democrats were concerned in the first place.

While Donald Trump got good marks from the press and focus groups during the first debate when he focused his comments on trade deals and the economy, Trump has struggled to impressively discuss these topics for long stretches of time, or under heavy scrutiny. He has yet to explain the mechanics of how new trade deals will create high-paying jobs here in America. And it’s unlikely that Chris Wallace will let this lack of specificity stand unquestioned.

Just take a look at Chris Wallace and Donald Trump’s history together on the debate stage for the answer why (from the March 3rd, 2016 Republican debate):

WALLACE: Mr. Trump, your proposed tax cut would add $10 trillion to the nation’s debt over 10 years, even if the economy grows the way that you say it will. You insist that you could make up for a good deal of that, you say, by cutting waste, fraud, and abuse.

We have various other things. If you look at the IRS, if you look at every single agency, we can cut it down, and I mean really cut it down and save. The waste, fraud, and abuse is massive.

Larry Kudlow, great guy, everybody respects him, said my plan for taxes and tax cutting is the best by far of everybody.

WALLACE: But, Mr. Trump, Mr. Trump, your numbers don’t add up. Please put up full screen number four. The Education Department, you talk about cutting, the total budget for the education department is $78 billion.

And that includes Pell grants for low-income students and aid to states for special education. I assume you wouldn’t cut those things. The entire budget for the EPA, the Environmental Protection Agency, $8 billion.

WALLACE: The deficit this year is $544 billion. That’s more than a half trillion dollars. Your numbers don’t add up, sir.

We don’t bid properly. We don’t have proper bidding procedures. The reason we don’t is because they take care of all of the senators, all of the congressman, and they don’t bid. They don’t go out to bid. WALLACE: Mr. Trump…

TRUMP: Take a look — excuse me. You are talking about hundreds of billions of dollars…

WALLACE: No, you are not.

TRUMP: … if we went out to the proper bid. Of course you are.

You say that Medicare could save $300 billion a year negotiating lower drug prices. But Medicare total only spends $78 billion a year on drugs. Sir, that’s the facts. You are talking about saving more money on Medicare prescription drugs…

TRUMP: I’m saying saving through negotiation throughout the economy, you will save $300 billion a year.

WALLACE: But that doesn’t really cut the federal deficit.

WALLACE: That’s the only money that we buy — the only drugs that we pay for is through Medicare.

As you can see, Wallace didn’t take Trump’s obfuscation and lack of details for a real answer. He kept pressing him on the fact that his budget relies on growth projections that are wildly optimistic and vague promises to cut spending on the federal level. Since that time, Trump has scaled back his tax cut proposals, but the Tax Policy Center just yesterday released an estimate of Trump’s budget plan, taking into account its effect on GDP growth, and found that it would add $7 trillion to the national debt over ten years.

The Tax Policy Center’s dynamic scoring of Hillary Clinton’s plan actually found that it reduces the national debt by $1.4 trillion dollars over ten years using a mix of tax increases on the rich and stimulative infrastructure spending that will increase economic growth. Trump will likely want to quibble with those numbers, but he will have his work cut out for him when it comes to arguments over the budget.