Here’s Who American Students Say Will Be the Next President 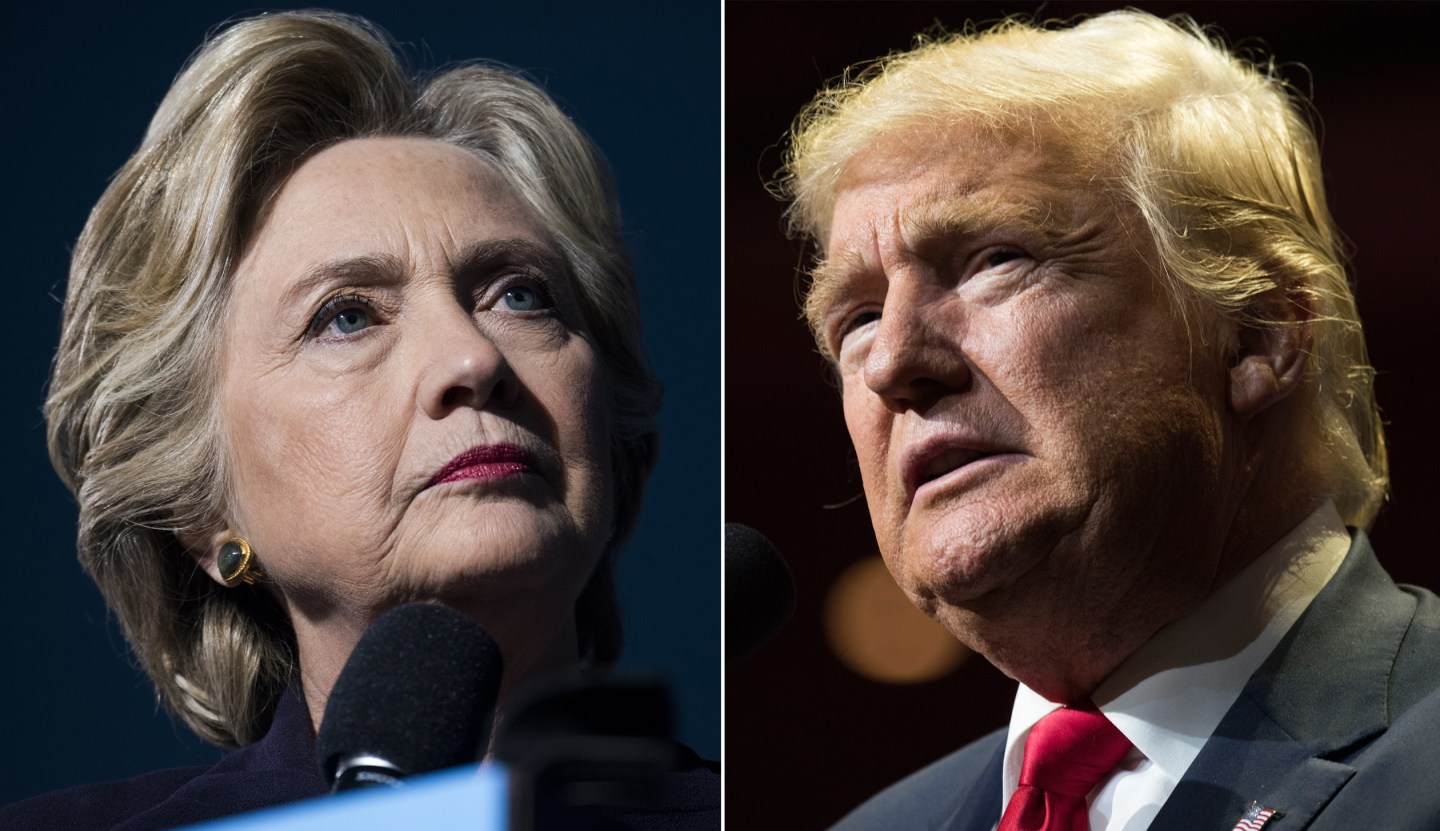 Hillary Clinton, 2016 Democratic presidential nominee, pauses during a speech at a campaign event in Columbus, Ohio, U.S., on Monday, Oct. 10, 2016. Donald Trump speaks to a crowd of attendees at U.S. Bank Arena on October 13, 2016 in Cincinnati, Ohio.
Photos by Ty Wright—Bloomberg/Getty Images

Democratic presidential candidate Hillary Clinton has bested her Republican rival, businessman Donald Trump in a mock “election” that surveyed thousands of American students. While these results won’t count this November, luckily for her, these kids are rarely wrong.

With about three weeks left before the 2016 presidential election, Scholastic News reports that the 153,000 K-12 students that voted across the country overwhelmingly backed former Secretary of State and First Lady Clinton over Trump.

Clinton drew 52% of the student vote compared to Trump’s 35%. The vote by the kids is on trend with today’s polling, as data collected by trackers at The New York Times and FiveThirtyEight indicate Clinton is heavily favored to win next month.

The kids surveyed by Scholastic (SCHL) have proven to be soothsayers of sorts. Since 1940, the outcome of the student vote has mirrored the results of every presidential election with only two exceptions. The kids were wrong in 1948 for the Thomas Dewey vs. Harry Truman election. They also incorrectly backed Richard Nixon over John F. Kennedy in 1960.

“In this unprecedented and contentious presidential race, students have made their voices heard by casting their votes in our mock election for president,” said Elliott Redhun, editor-in-chief of Scholastic Classroom Magazines, in a statement.

Clinton won 10 of the 11 battleground states that Scholastic called out in the company’s report. Her victories were notably impressive in Colorado, Nevada, Virginia, and Pennsylvania. Clinton also won the student votes in Florida and North Carolina by nine points each and narrowly bested Trump by a single point in Ohio. Her only loss among the battleground states was in Iowa, a state that is a tossup in the real election as well.

The margin of victory the student “vote” predicts Clinton will win over Trump is far greater than what they signaled for President Barack Obama in 2012 in the vote against Republican Mitt Romney. In that race, they backed Obama 51% to 45% for Romney. Obama in 2008 versus challenger John McCain “won” the student vote by slightly more than Clinton’s current lead.

Interestingly, Scholastic said kids in 2016 were more split than in past elections, as 13% of student voters wrote in “other choices.” Write-in votes were cast for Libertarian Party candidate Gary Johnson (2%), Senator Bernie Sanders (1%), and Green Party candidate Jill Stein (1%). Others who received votes included rapper Kanye West, superhero Spider-Man, Harambe the gorilla, and of course, “mom.”