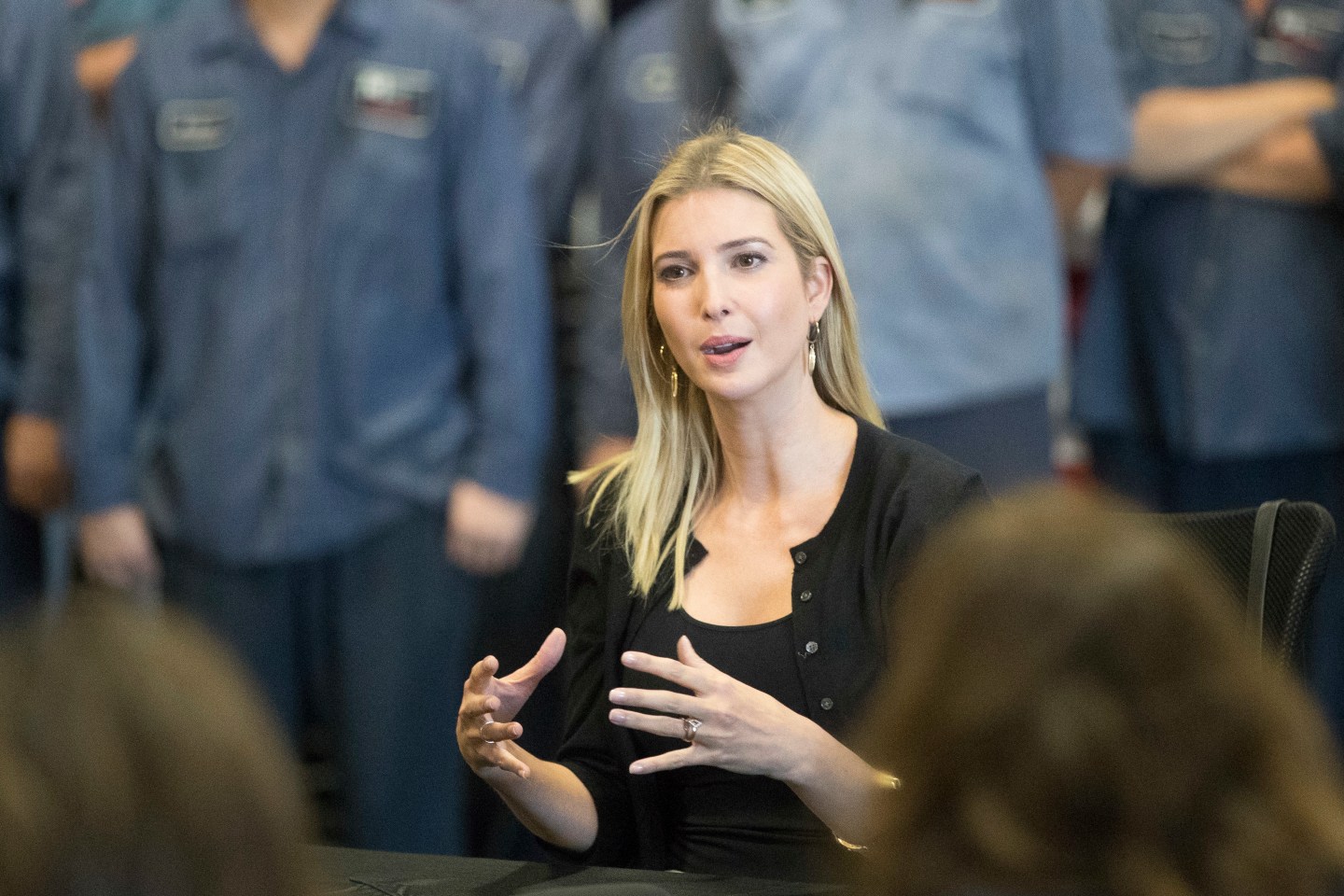 Ivanka Trump said she has no intention of taking a government job if her father is elected president in November.

In an interview with Fast Company published Monday, she was asked about rumors that she would have a position in a Donald Trump administration. “No, I don’t intend to be part of the government,” Ivanka Trump replied.

She also pushed back at characterizations of her as an adviser to her father. “I am a daughter and an executive who has worked alongside him,” she said.

Ivanka Trump, who has helped the Trump campaign with outreach to women voters, said she isn’t bothered by some of the more shocking accusations that have emerged about her father. The interview was conducted before a recording leaked that featured Donald Trump bragging about groping women without their consent.

“The greatest comfort I have is the fact that I know my father. Most of the people who write about him don’t. I do,” she said. “So that gives me an ability to shrug off the things that I read about him that are wrong,”

In a statement provided to Fast Company after the interview, she called her father’s lewd comments “inappropriate and offensive.” “I’m glad that he acknowledged this fact with an immediate apology to my family and the American people,” she said.