Labor Unions Up Political Spending for Hillary Clinton and Democrats 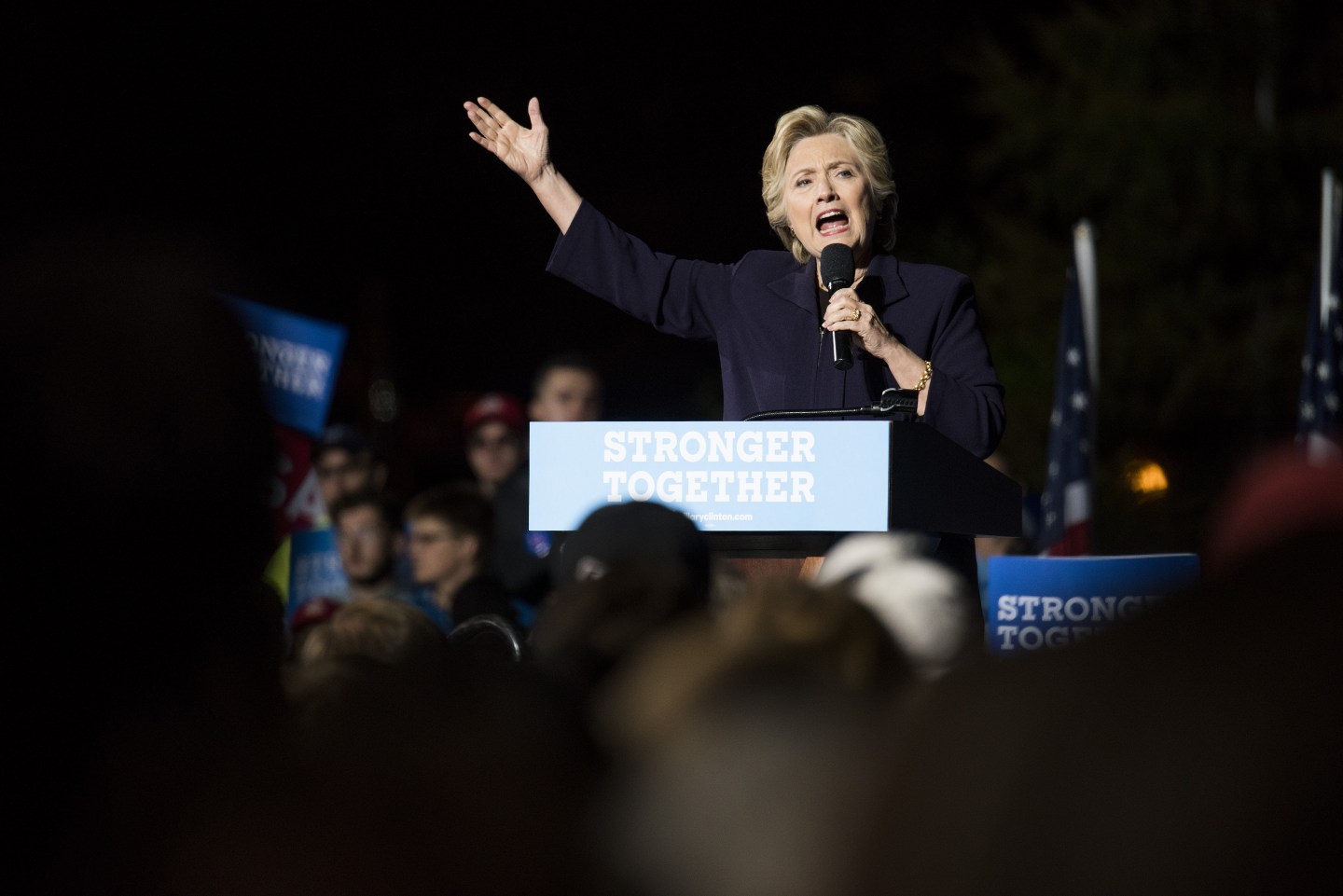 Labor unions across the country really want Hillary Clinton in the White House and a Democrat majority in the Senate, throwing more funding into this election cycle than any other in recent history.

Between January 2015 and August 2016, labor unions spent nearly $110 million on the elections, according to a recent Federal Election Committee as analyzed by the Wall Street Journal. That’s a 38% increase from the $78 million spent during the same 20-month period in 2012, and nearly double the amount spent in 2008.

Labor unions have historically backed the Democratic Party, with employees of labor organizations giving some $519,000 to President Barack Obama in 2012, according the Center for Responsive Politics. But in this election cycle, Republican presidential candidate Donald Trump has won over some Dems based on polls. According to a Wall Street Journal/NBC News poll, Trump had a 23-percentage point lead when it came to white voters without a college degree—a group often found in labor unions.

Some unions, including those representing U.S. Border Patrol agents; the National Border Patrol Council; and another backing police officers, the Fraternal Order of the Police, have voiced their support for Trump.

“Unlike his opponents, Donald Trump is not a career politician, he is an outsider who has created thousands of jobs, pledged to bring about aggressive pro-American change, and who is completely independent of special interests,” the National Border Patrol Council wrote in a statement endorsing Trump. “We don’t need a person who has the perfect Washington-approved tone, and certainly NOT another establishment politician in the [White House].”

Separately, the Fraternal Order of Police said that Trump has “made a real commitment to America’s law enforcement.”

Still, despite the support Trump seems to be getting from labor union workers, the money isn’t following.

According to the Center for Responsive Politics, while labor union associated PACs and individuals have given $360,686 to Clinton between January 2015 and July 2016, Trump received just $6,236.