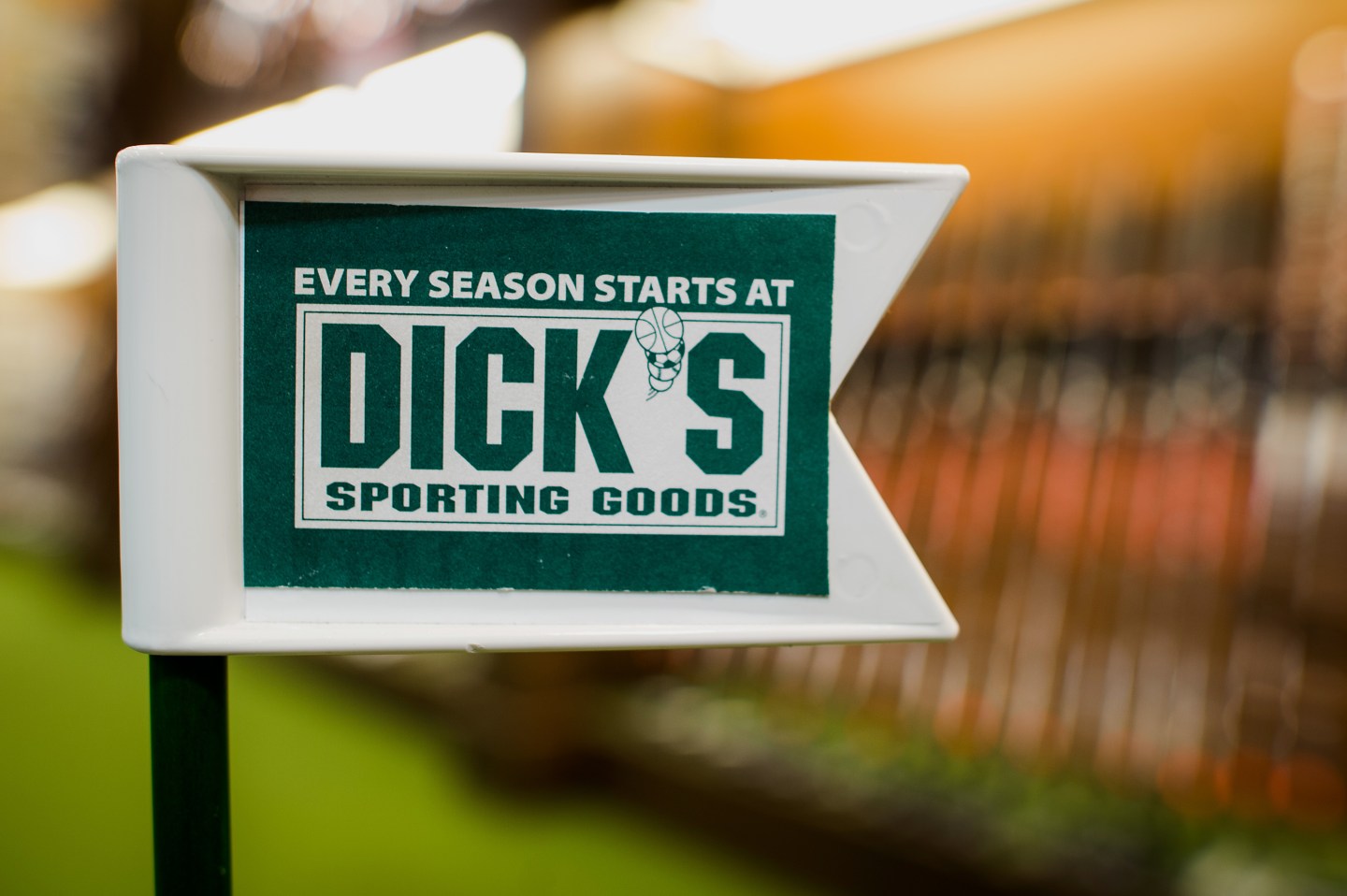 A golf flag stands on a practice green at a Dick's Sporting Goods Inc. store in West Nyack, New York, U.S., on Wednesday, May 21, 2014. Dick's Sporting Goods Inc. shares fell the most in more than a decade after weak sales of golfing and hunting gear crimped its profit forecast. Photographer: Craig Warga/Bloomberg via Getty Images
Photograph by Craig Warga—Bloomberg via Getty Images

Dick’s Sporting Goods is preparing a bid for the U.S. business of bankrupt Golfsmith International Holdings, challenging an offer by rival retailer Worldwide Golf Shops, people familiar with the matter said on Monday.

While bids for Golfsmith, owned by OMERS Private Equity, the buyout arm of one of Canada’s largest pension funds, were due earlier on Monday, Dick’s (DKS) was given an extension until Tuesday morning to submit its offer, the people said.

The bankruptcy auction will the test the value of Golfsmith, which suffered because of competition from discount retailers Wal Mart Stores (WMT) and Amazon (AMZN), as well as golf’s waning popularity among younger customers. Interest in gold has dropped in line with the fading career of star golfer Tiger Woods, who once attracted many young fans to the sport.

Privately-held Worldwide Golf Shops was preparing to submit a bid for Golfsmith on Monday, in partnership with liquidators from Great American Group, one of the people said.

The sources asked not to be identified because the bids were not public. Golfsmith filed for bankruptcy in the United States and Canada last month.

A winner will be selected after an auction scheduled for Wednesday. The goal is to close a sale, which a U.S. bankruptcy court judge must approve, before the start of the holiday shopping season.

Golfsmith may also reorganize its debt and emerge from bankruptcy with the support of its existing lenders.

As part of its bid, Worldwide Golf would keep open a number of Golfsmith’s existing U.S. stores, the person said. While Golfsmith operated 109 U.S. stores at the time of its bankruptcy filing last month, and has been closing stores since then, Worldwide Golf has 85 stores operating under names including Roger Dunn Golf Shops and Golfers’ Warehouse in 19 states.

Dick’s operates its own specialty golf shops, Golf Galaxy, and it’s unclear what Dick’s plans are for Golfsmith. Earlier this year, Dick’s won the auction for the intellectual property of bankrupt competitor Sports Authority with a bid of $15 million.

Golfsmith last month announced a deal to sell its Canadian shops, operating under the name Golf Town, to a group led by Fairfax Financial Holdings and CI Investments.