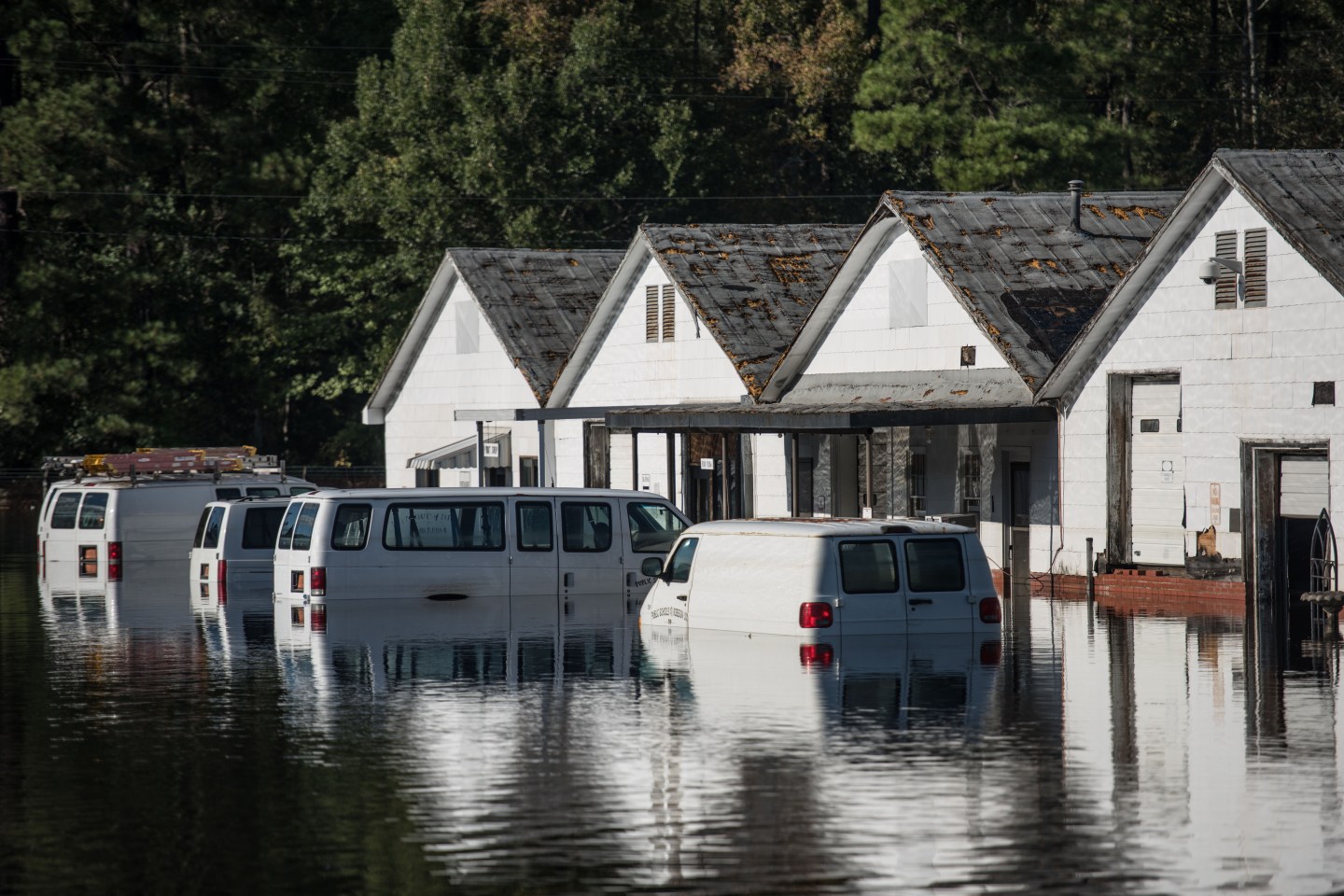 North Carolina emergency officials have estimated that the destructive and deadly Hurricane Matthew caused $1.5 billion worth of damage to more than 100,000 homes, businesses and government buildings in the state.

The state’s Department of Public Safety said in a release issued on Saturday that county and state officials were still surveying the damage left behind by the storm.

The department also said more than 33,000 applications for individual assistance to the Federal Emergency Management Agency (FEMA) have been filed and $12.4 million has been approved.

The death toll from Hurricane Matthew stands at 26 in North Carolina, with two more bodies recovered on Saturday as some flood waters receded.

More than 30 deaths in the United States have been blamed on Matthew, which dumped more than a foot of water on inland North Carolina last week. Before hitting the southeast U.S. coast, the fierce storm killed around 1,000 people in Haiti.

On Sunday, North Carolina’s public safety department forecast that all rivers would be below flood levels by October 24, though there was still major flooding in several areas.

In Princeville, believed to be the oldest U.S. town incorporated by freed slaves, water surged to house roof lines on Thursday.

Statewide, power outages had fallen to 2,521 customers by Sunday afternoon, down from more than 800,000 customers without power last Sunday.

In one sign that the crisis was easing, the department only recorded three water rescues between Saturday and Sunday, bringing the total number of rescues to 2,336. The department said 32 shelters are open and are serving nearly 2,200 displaced people.

A total of 570 roads remained closed in the state because of damage from the flooding.