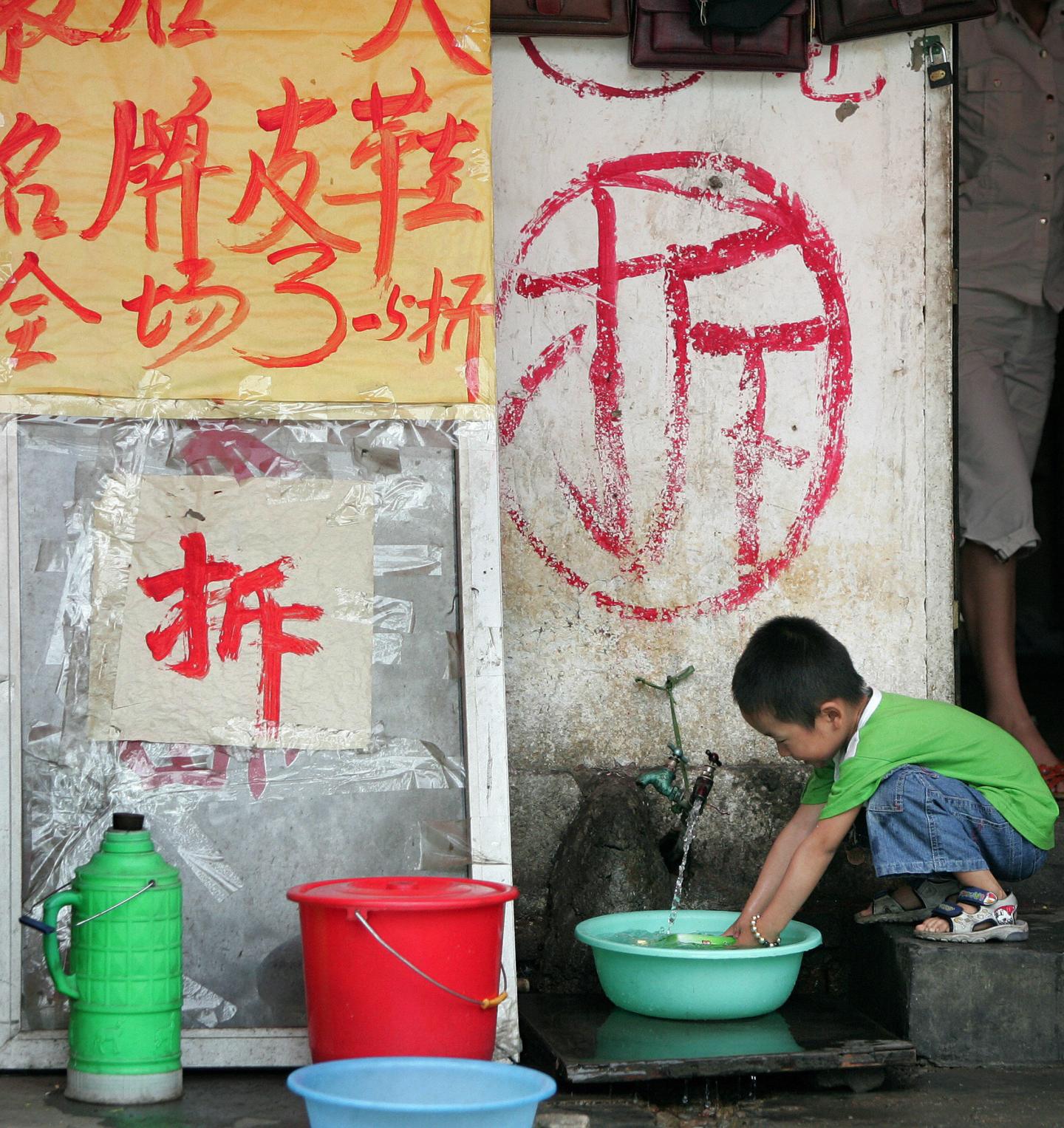 Beijing, CHINA: A child fills a bottle with water running from a faucet, 27 June 2006 in Beijing, beneath a red character written on the wall meaning "demolish", signifying the coming demise of the building for redevelopment. Beijing is one of over 420, out of 600 total, Chinese cities which are short of water resources, exacerbated not only by drought but fast economic and social growth and urban redevelopment over the past two decades. Statistics show that China's cities are short of 7 billion cubic meters of water annually. AFP PHOTO/Frederic J. BROWN (Photo credit should read FREDERIC J. BROWN/AFP/Getty Images)
FREDERIC J. BROWN AFP/Getty Images

China’s tap water contains a dangerous amount of a known carcinogen, according to a study released this weekend out of Tsinghua University.

The carcinogen known as nitrosodimethylamine (NDMA) is a byproduct of the chlorination process to make water safe for consumption.

What Tsinghua professor Chen Chao discovered after spending three years testing water across 23 provinces and 155 sites was China’s NDMA levels reaching 3.6 times those in U.S. and even more compared to Western Europe.

In the 1960s and 1970s in the U.S., the organic chemical drove health scares from West Virginia to New York City. The Environmental Protection Agency established cleanup levels and the fear over intestinal cancers mostly abated.

But in China, the need to chlorinate groundwater to a high degree is resurrecting those fears. Eighty percent of groundwater is so contaminated in China that the government says it’s unsafe for human contact. Five-gallon water jugs are a common sight across Chinese homes. Almost no one drinks tap water. But many use it for cooking, and the researchers suggest even that’s endangering people.

Experts in China are quoted warning people to use mineral water to boil rice. Neither water purifiers nor boiling are effective at removing the chemical, head of the Beijing Public Health Drinking Water Institute Li Fuxing said.