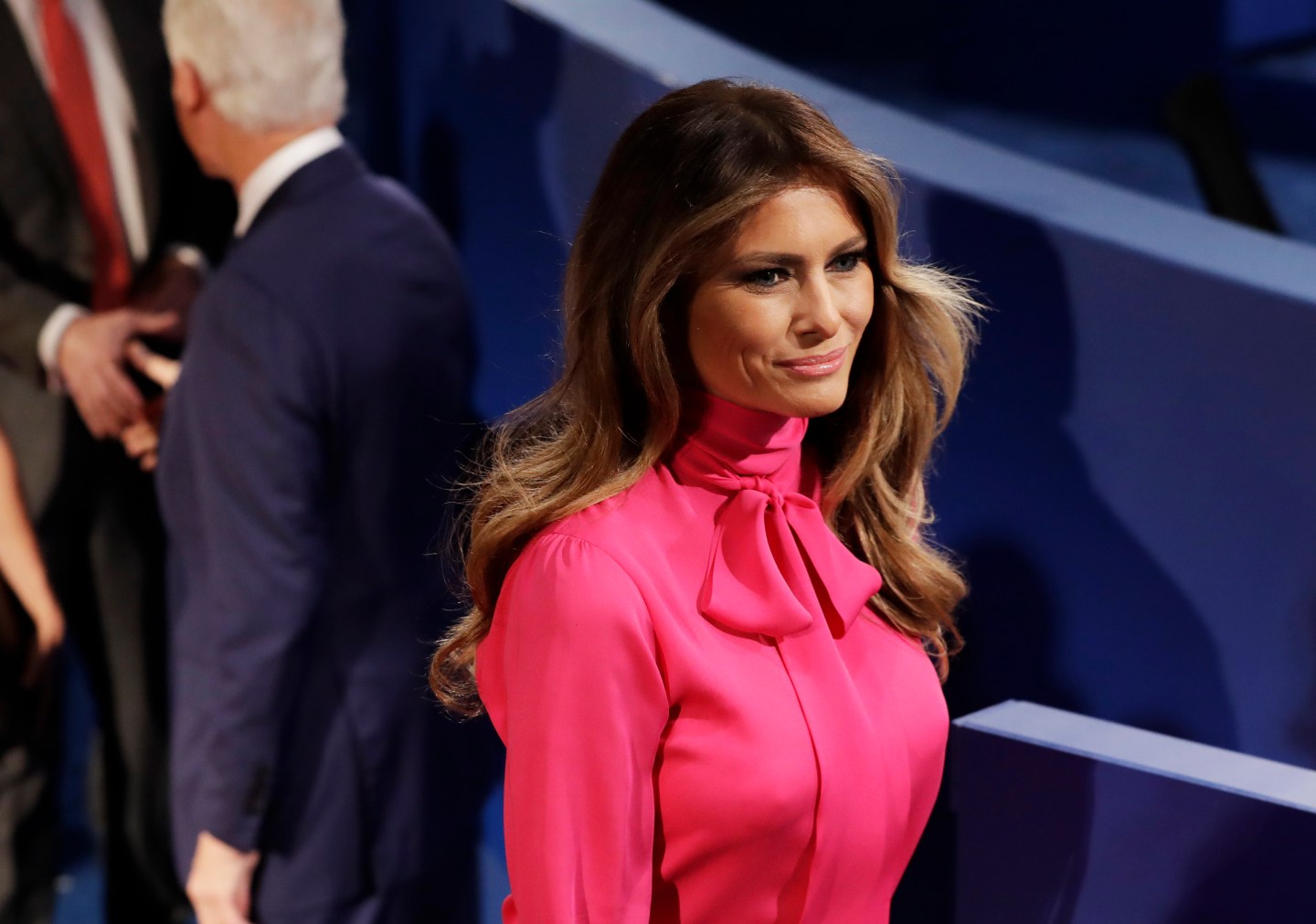 The women closest to Donald Trump finally had their say in a Saturday Night Live digital short that channeled Beyoncé’s Lemonade.

Called “Melanianade,” the song spoofed Beyoncé’s “Sorry,” with a displeased Melania Trump (Cecily Strong), Ivanka Trump (Emily Blunt), Kellyanne Conway (Kate McKinnon), Omarosa (Sasheer Zamata) and Tiffany Trump (Vanessa Bayer)—all who have had it with the Republican presidential nominee’s numerous scandals, culminating with the many women who have accused Trump of sexual assault.

“Without us you wouldn’t be standing there,” she says, with the other women. “You’d just be that guy with the weird hair.”

However, the song’s empowerment ends when Trump appears and asks the women to hurry into a waiting limo and they quickly do as he bids.