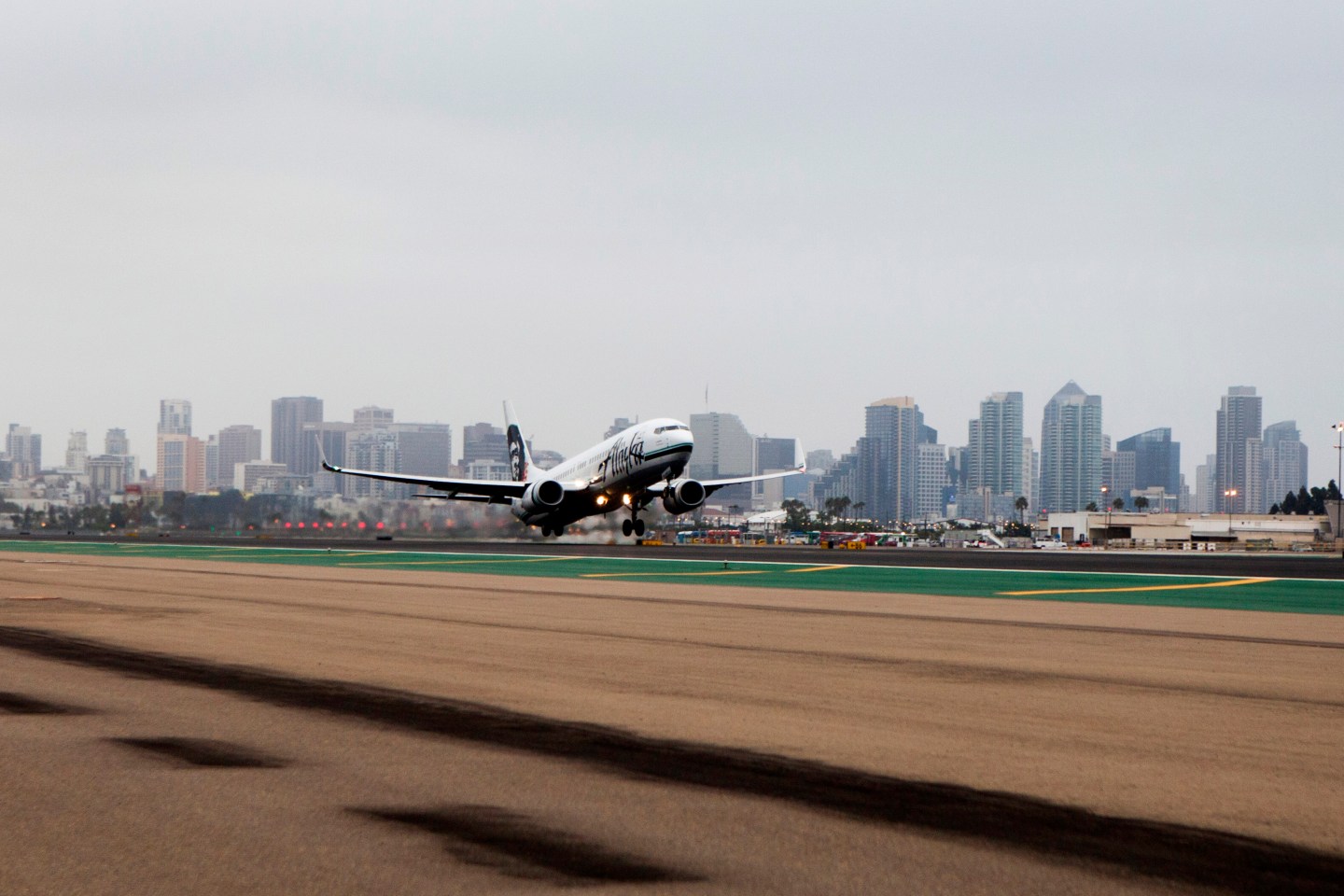 An Alaska Airlines passenger was kicked off his flight Sunday after interrupting a flight attendant’s speech to tell her that she was “ooh, sexy.”

The flight was waiting to take off from Seattle-Tacoma International Airport when flight attendants were giving the requisite safety speech. A female flight attendant was demonstrating how to use the life vest in case of emergency when a male passenger decided to shout out “Ooh, sexy!”

Amber Nelson, a passenger on the plane, posted on Facebook after the flight that the women seated around the man (herself included) made uncomfortable eye contact with each other after the man’s outburst.

“We were trapped on a plane with a guy who clearly disrespected women and saw us as his own personal entertainment,” Nelson wrote.

The flight attendant removed the life vest and walked up to the man, saying “You need to be respectful,” to which he replied, “C’mon, I’m just playing with you!” Nelson said.

The flight attendant walked back to the front of the plane, talked with her colleagues and pretty soon an airline employee walked on board and up to the man. He was told to gather his belongings and exit the plane. The man protested, saying that he didn’t do anything wrong, but eventually left the plane.

“Thank you for taking this seriously,” Nelson wrote to the airline.

Alaska Airlines confirmed the man was removed from the flight and rebooked on a later one. The airline said it stands behind its actions.

This article was originally published on Travel + Leisure.