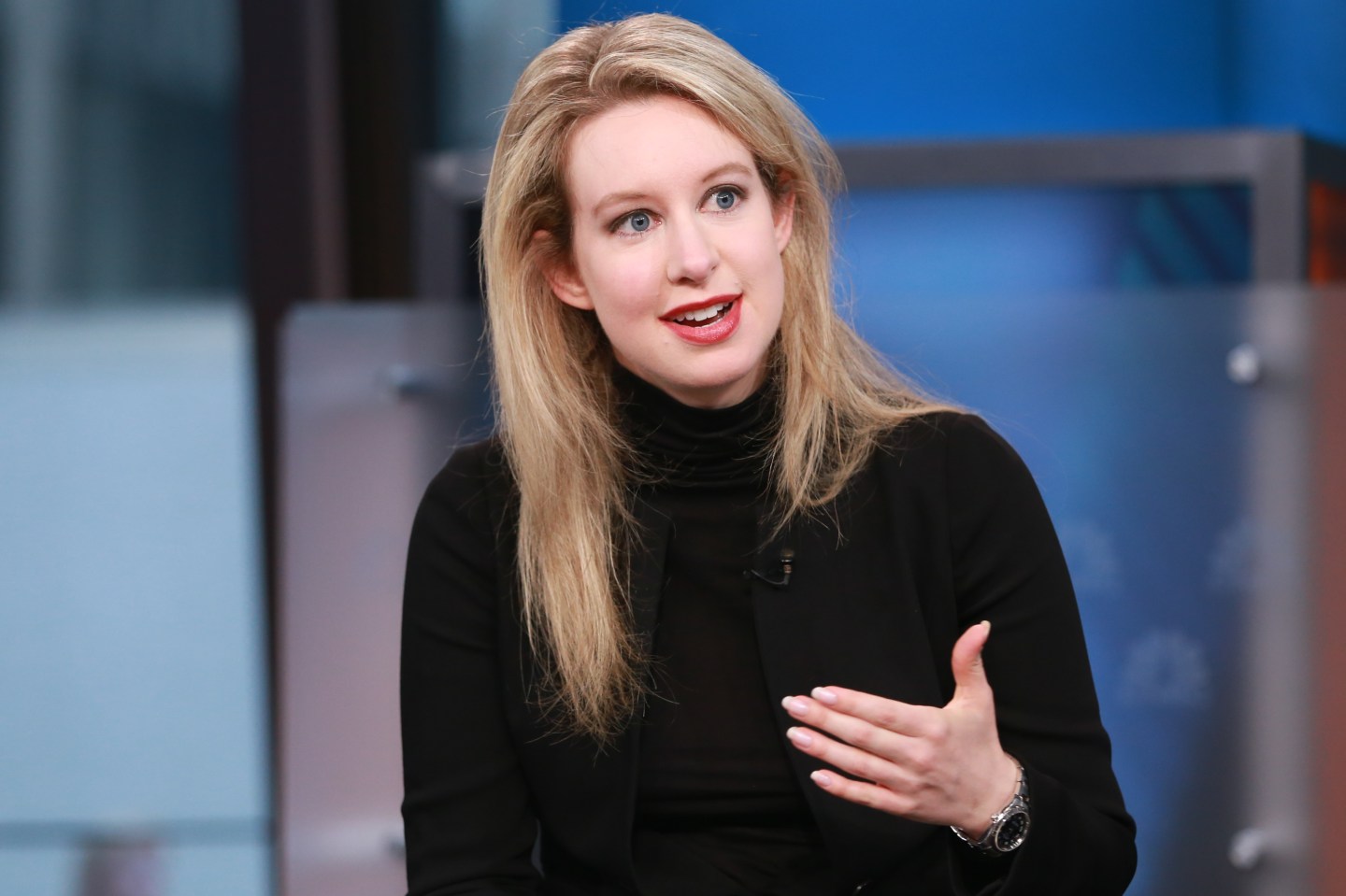 In the smoldering wreckage that was Theranos, finger-pointing has been rampant.

The erstwhile boosters of the once-buzzy blood diagnostics company have been roundly roasted for their gullibility and shoddy due diligence, including journalists (like me), business partners (like Walgreens (WBA)), illustrious board members (like former Secretary of State Henry Kissinger and ex-Wells Fargo CEO Dick Kovacevich), and an assortment of Silicon Valley investors.

But even the gullible aren’t supposed to be lied to.

In a 66-page complaint filed in Delaware Chancery Court Monday, and unsealed Thursday afternoon, one major investor has laid out in disturbing detail precisely why it believes that Theranos founder and CEO Elizabeth Holmes and then-president and COO Ramesh “Sunny” Balwani did just that.

San Francisco-based Partner Fund Management (PFM) invested $96.1 million in Theranos in February 2014, after two months of due diligence. In its suit, it alleges that Theranos committed securities fraud and other violations by repeatedly making “misrepresentations, misleading statements, and material omissions about, among other things, the Company’s technology, methods, regulatory interactions, and business plan.”

Holmes and Balwani “repeatedly and knowingly lied,” the fund continues, by asserting “that, among other things, the company had developed a proprietary technology that worked; the company’s proprietary technology was ready for commercial use to perform nearly all laboratory tests on a few drops of blood drawn from a patient’s finger; and the company was on the cusp of receiving all necessary regulatory clearances and approvals.”

In a statement issued Monday, Theranos responded: “The suit is without merit, the assertions are baseless, and the plaintiff is engaging in revisionist history. Most of the company statements the plaintiff has cited in its suit were made after the time the plaintiff invested, and could not possibly have been the original basis for investment. This wholesale reliance on post-investment statements, therefore, negates the claim that the plaintiff was misled.”

Balwani, who left the company in May, could not be reached for comment. (He left two months after federal officials with the Centers for Medicare & Medicaid Services found major regulatory violations in the company’s lab practices, including some that posed “immediate jeopardy to patient health.” CMS later ordered that its labs be closed and that Holmes and Balwani be banned from controlling them for two years—an order that Theranos is appealing. Earlier this month the company—which had once hoped to provide a complete range of blood tests using only a few drops of blood drawn from a finger stick rather than via a syringe in the arm—said it was voluntarily shuttering its labs, closing its blood collection centers, laying off 340 of about 850 employees, and redirecting its mission toward the eventual production of point-of-care blood analyzers which could be situated in hospitals or doctors’ offices.)

In its complaint, PFM specifically alleges that Holmes and Balwani told the company on Dec. 15, 2013 and then again, on Jan. 10, 2014 that it had “developed and validated blood tests on its proprietary technology—which it was using on actual patient samples—that covered between 1,000 and 1,050 CPT codes,” that is, Current Procedural Terminology codes used by the American Medical Association to define tests that traditional laboratories perform on blood samples.

“They explained that these codes accounted for 99.9% of all laboratory requests, and that Theranos had a technical solution in place that would enable it to perform blood tests associated with all 1,300 possible codes.”

“According to Holmes and Balwani,” the complaint continues, “the reason Theranos had operated in ‘stealth mode’ for the previous ten years was that it wanted to launch only when it could offer customers all of the tests offered by its competitors—the clear and unequivocal message being that, since the Company was now out in the open, it was then at the point of offering all such tests using its proprietary technology in a commercial setting.” (Emphasis in the complaint.)

PFM also claims to have been told that by the end of 2014 “any test requested by a customer—not just the ‘99.9%’ said to be already available as of this January 2014 meeting—would be used performing a finger stick.”

Balwani allegedly reiterated this claim at meetings on Jan. 21 and 24, 2014, according to the complaint, asserting that the company “now performed ‘99%’ to ‘99.9’ of all laboratory requests using its proprietary technologies.”

Although PFM acknowledges in its complaint that it knew in January 2014 that a small number of tests—”1% or 2%”—still needed to be performed by venipuncture (a needle in the arm), it alleges that it was nevertheless misled into believing that “all but a handful” of even those samples were, nevertheless, being analyzed on Theranos’s proprietary machines, rather than on traditional, third-party analyzers, like those made by Siemens.

According to the complaint, PFM began learning that these various representations could not have been true only after the Wall Street Journal began publishing a series of articles by reporter John Carreyrou in October 2015, in which sources alleged, among other things, that the company was only analyzing 15 to 25 tests using its proprietary “Edison” machines, and the rest were being performed on conventional, third-party machines.

A week after the article came out, and in an attempt to rebut it, the company issued a statement asserting that in December 2014 it had been, in fact, performing about 80 tests using its proprietary methods. But even this number, if true, was “staggeringly fewer than Defendants had said it was performing commercially in order to induce PFM’s investment,” PFM alleges. Theranos also asserted in response to the Wall Street Journal articles that it had performed 57% of customer-ordered tests by finger stick in the last quarter of 2014, but this figure, too, was vastly lower than what PFM had been led to believe was occurring, it claims.

Though Theranos was hit this past May with the first of about a half-dozen consumer fraud suits filed by class-action law firms, the PFM suit represents a threat of a different order of magnitude. In 12 years of existence, PFM has never before been involved in a lawsuit, it claimed in a letter to investors sent Monday. (The letter, obtained by Fortune, was first reported in the Wall Street Journal.)