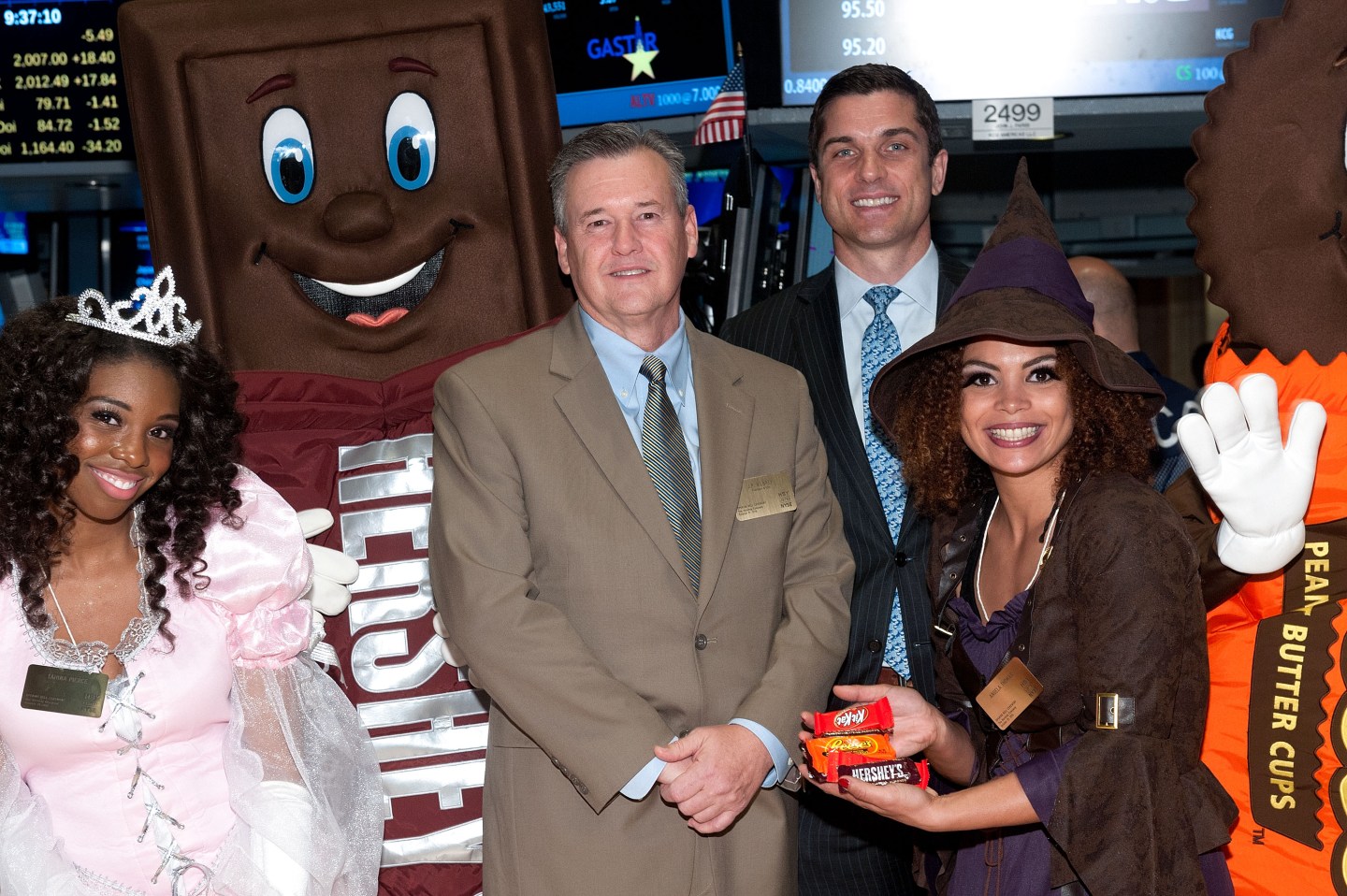 Hershey, the chocolate maker that Oreo cookie-maker Mondelez International tried to buy earlier this year, said on Friday that CEO John Bilbrey would retire from his post on July 1.

Bilbrey will continue as non-executive chairman of the board following his retirement as president and CEO, Hershey (HSY) said.

The Kisses chocolate maker said it appointed a special committee to search for a new CEO. The committee will be led by Pamela Arway, chairwoman of the board’s governance committee, aided by executive search firm Egon Zehnder.

Reuters reported exclusively on Thursday that Bilbrey was preparing to step down by next summer.

“Now is the right time to begin the process of handing over the reins as CEO as it will allow me to spend more time with my family and wonderful grandchildren,” Bilbrey said in a statement.

The move comes less than three months after the charitable trust that controls Hershey reached a major reform agreement with its overseer, the Pennsylvania attorney general’s office, raising questions about its future plans for the company.

The company, which is based in the town of Hershey, Pennsylvania, has a market capitalization of around $20 billion.

Bilbrey was named CEO of Hershey in 2011, after serving in various senior roles at the company since 2003. He added the position of chairman in 2015. Prior to Hershey, Bilbrey worked for 22 years at consumer company Procter & Gamble Co.

Following an initial spurned bid in June, Mondelez CEO Irene Rosenfeld re-approached Bilbrey in August, indicating that Mondelez would be willing to offer $115 a share, Reuters reported at the time.

Hershey responded to that offer by stating it would not be willing to enter into deal negotiations for an offer of less than $125 per share, a source said at the time.

The Hershey trust was set up by the company’s founder over a century ago to fund and run a school for underprivileged children. It holds 81 percent of the company’s voting stock, and so a sale is not possible without its approval. About two-thirds of its $12 billion in assets are in Hershey stock.

Following a dispute with the Pennsylvania attorney general over its governance policy, the trust in July agreed to expand its board from 10 members to 13, and for five members to resign by year’s end.

With one trustee having resigned shortly before that agreement, that leaves a total of nine openings.

Even if the trust does decide to explore a sale of Hershey, the attorney general can thwart such plans.