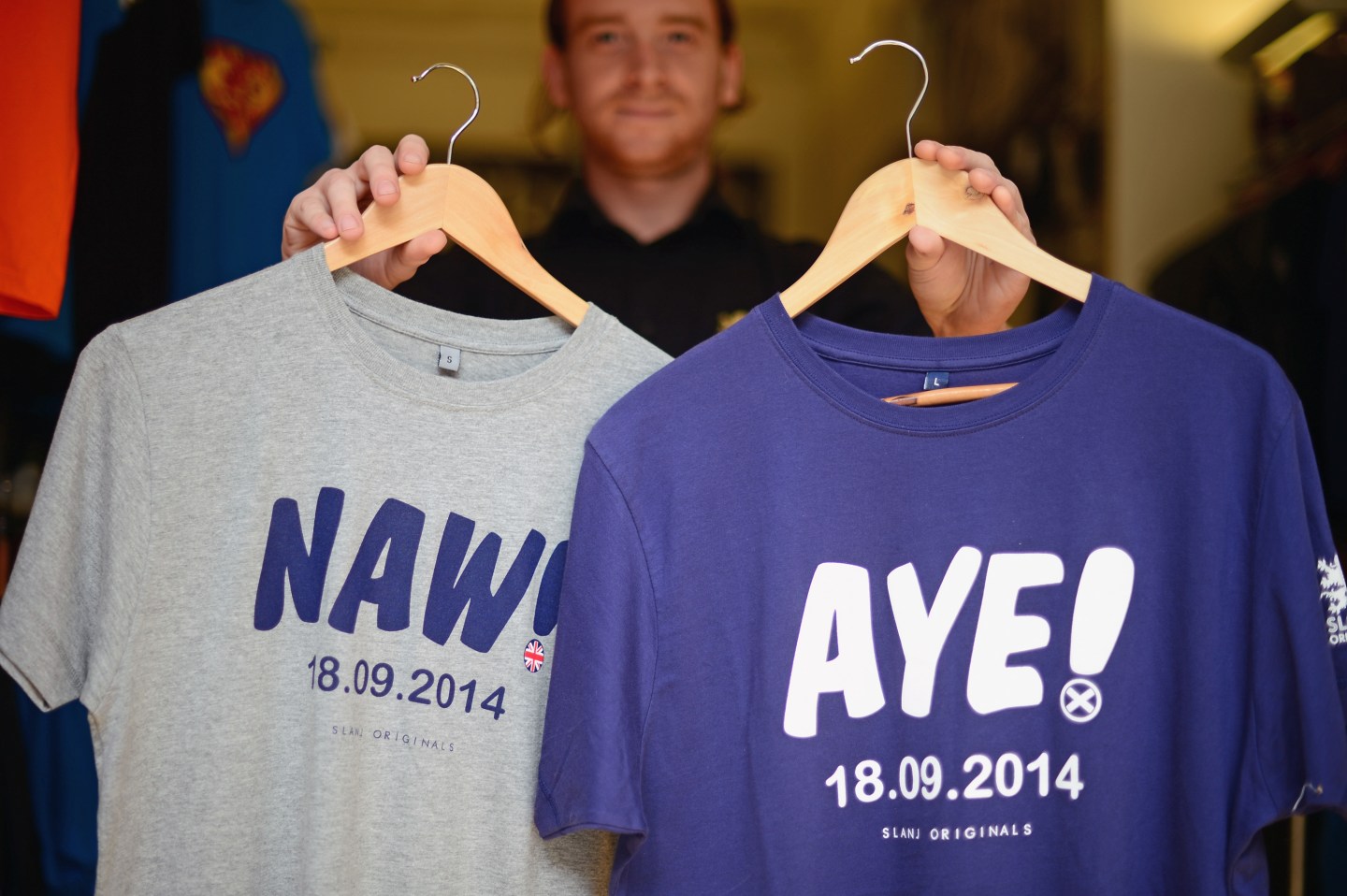 GLASGOW, SCOTLAND - MAY 20: A shop worker holds independence vote tee shirts in a Glasgow shop on May 20, 2014 in Glasgow, Scotland. A referendum on whether Scotland should be an independent country will take place on September 18, 2014. (Photo by Jeff J Mitchell/Getty Images)
Jeff J Mitchell--Getty Images

Scotland’s governing party is set to renew its efforts to take the country out of the United Kingdom, with a view to staying in the European Union that its English and Welsh neighbors voted to leave three months ago.

Nicola Sturgeon, the head of the Scottish National Party that runs the devolved Scottish government in Edinburgh, told the party’s annual conference that she plans to launch a consultation on a new draft Independence Referendum Bill next week, only two years after Scottish voters rejected a similar bill by a margin of 55% to 45%.

At the moment, the step is largely symbolic, but it does mark the first step towards another ballot.

“I am determined that Scotland will have the ability to reconsider the question of independence and to do so before the U.K. leaves the EU – if that is necessary to protect our country’s interests,” Sturgeon was quoted by the BBC as saying.

Scots had voted by a big margin (62%-38%) to stay in the EU, and were bitterly disappointed by the U.K.-wide vote to leave. However, a poll by Ipsos Mori last month showed that the majority still prefer to stay in the U.K. (by 52% to 48%). In part, that’s due to the fact that Scotland’s economic position has weakened drastically with the collapse in oil prices since 2014, which has led to thousands of job losses in the vital North Sea oil and gas industry. It’s also increased Scotland’s dependence on a (largely English-funded) social safety net.

Sturgeon’s initiative comes as financial markets have pummelled the U.K. currency and bond markets on the perception that the government’s ‘Brexit’ strategy could do severe damage to the U.K. economy. On Wednesday. the pound hit its lowest trade-weighted level in the 168 years since the Bank of England started compiling data.

Foreign Secretary and leading Brexit campaigner Boris Johnson again swatted aside concerns about the effects on business of leaving the EU’s Single Market, telling a House of Commons committee that: “We are going to get a deal that will be of huge value, possibly greater value” and adding that “the term ‘single market’ is increasingly useless.”