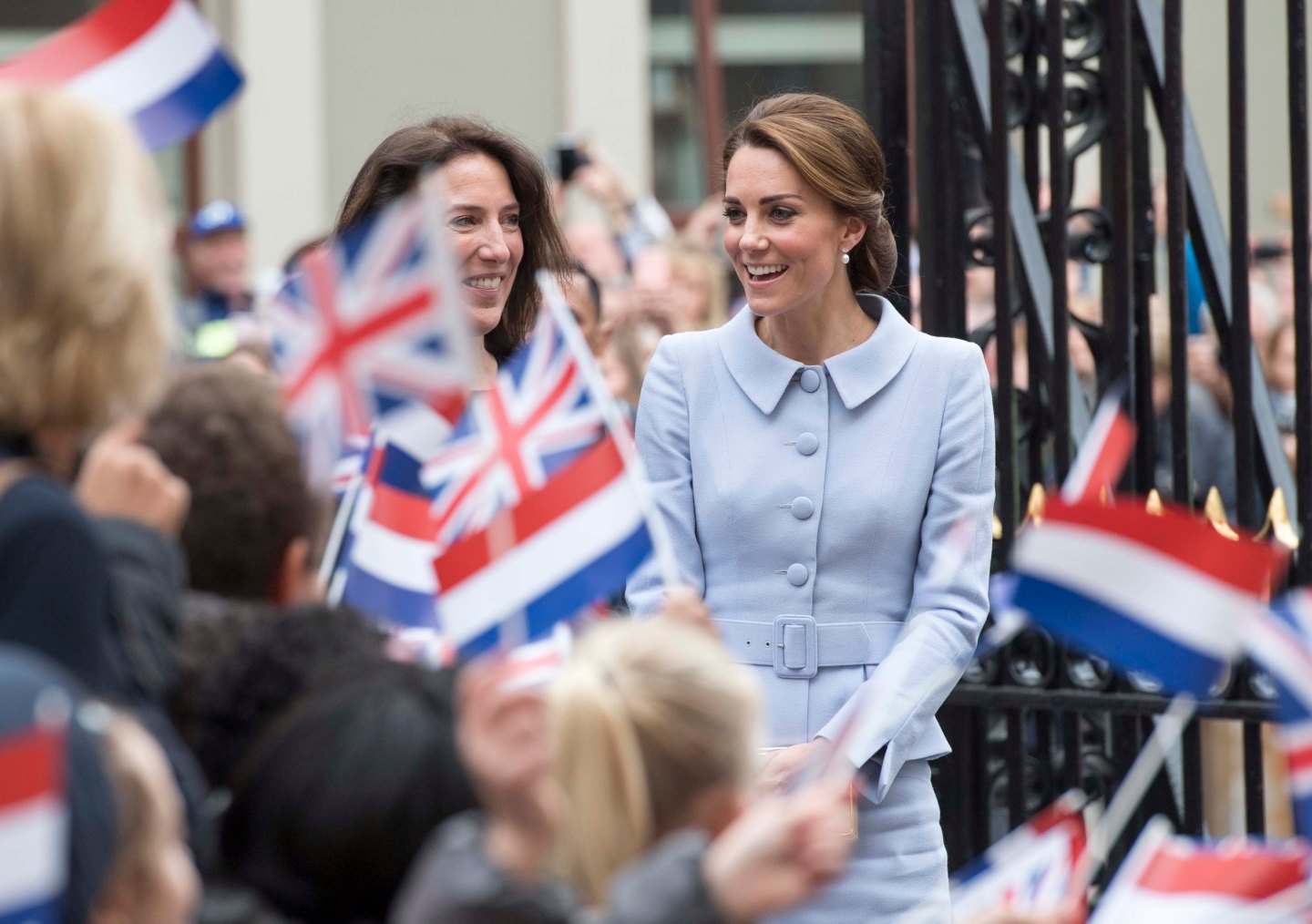 THE HAGUE, NETHERLANDS - OCTOBER 11: Mauritshuis Director Emilie Gordenker and Catherine, Duchess of Cambridge as the Duchess visits the Mauritshuis Gallery during a solo visit to the Hague on October 11, 2016 in the Hague, Netherlands. (Photo by Arthur Edwards - Pool/Getty Images)
Arthur Edwards — Getty Images

We already know Kate Middleton is one of the best-dressed travelers around, stepping down jet stairs chic, yet practical outfits paired with versatile (and comfy!) travel shoes. This week, on her first solo trip as a royal, the duchess stunned in another way: surprising passengers aboard a commercial flight headed for London.

So you're sitting on a plane…and Kate Middleton walks on. https://t.co/ievWbcpdIm

Imagine being on this plane and the freaking Duchess of Cambridge casually walks on. Do you or do you die?!?!?! 😭😫 #GOALS pic.twitter.com/Oj6uLUKGBu

1. I want to be on this plane.
2. Kate Middleton is so naturally classy.
3. She would have made her MIL proud. https://t.co/AJuFxecHCT

The Duchess, who majored in art history at university, was certainly in her element today taking great interest in Vermeer's paintings. pic.twitter.com/d1ExwY9Fkg

After her one-day trip to Holland, the princess boarded a British Airways flight in Rotterdam for her return trip to London. Passengers snapped photos as she took her seat in the front of the plane wearing a light blue Catherine Walker suit that had almost a vintage flight attendant feel—perhaps she was channeling her mother, Carole Middleton, who formerly worked for the airline. Once the short flight was over she was escorted off the plane where a private car was waiting on the tarmac.

More from T+L:
• Prince William Flew Coach on Ryanair
• Watch Prince William and Kate Middleton Play Cricket in India
• How to Fly Business Class to London for the Price of Economy

The one-day trip to the Netherlands included a visit to the Mauritshuis museum in Hague, where she visited students in the gallery’s learning program (reminder: Middleton was art history major in college). The duchess also greeted fans and attended a reception at the museum, as well as met with the Dutch monarch King Willem-Alexander at the British Ambassador’s Residence.