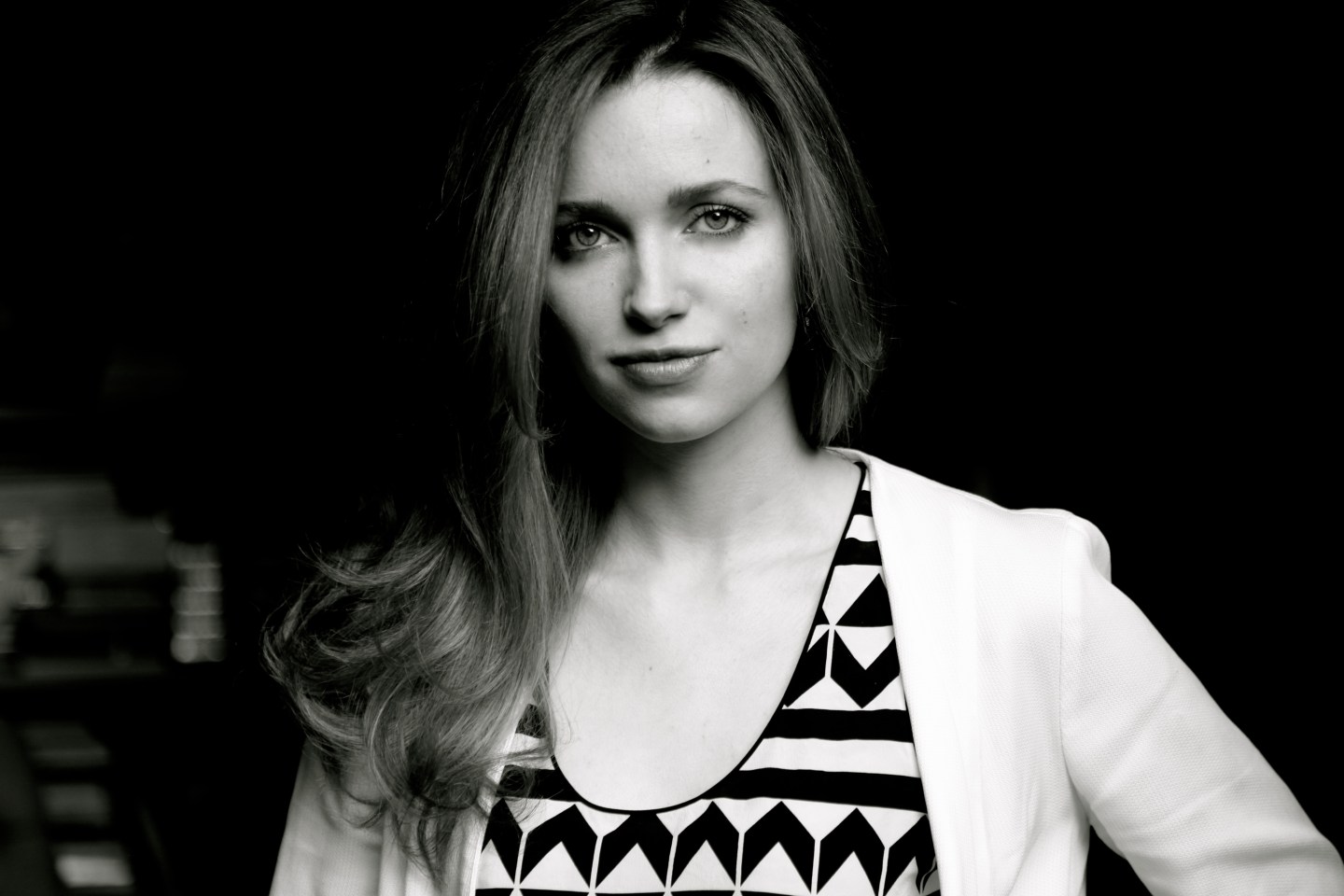 You can describe Jordan Hewson in many ways — a social activist, a first-time tech entrepreneur, a 27-year-old living in Brooklyn, New York. But that’s not what you’ll find when you Google her. Instead, in headline after headline the same two-word description precedes her name: “Bono’s daughter.”

That’s not necessarily a bad thing. When your dad is an international rock icon who has launched two successful nonprofit organizations, he probably has some pretty valuable advice on how to promote and run a business. So it’s surprising to hear that while launching Speakable, a tech company that promotes social activism, Hewson didn’t turn to her dad for help.

“My dad is a good resource, but I try to keep him away from the company as much as possible,” she says.

In terms of visibility, Hewson and her dad are polar opposites. Bono has become the very public face of the fight against AIDS. Meanwhile his daughter, a self-described introvert, has founded a company and raised $2 million to fund its growth — all while operating completely under the radar.

That’s about to change. Today, the company is publicly unveiling its first product: an interactive “action button” publishers can embed at the bottom of their articles that prompts readers to act, whether by taking a poll, signing a petition, tweeting at a policy-maker, or donating to a nonprofit. The idea is to make social activism more seamless. If you’re inspired to take action after reading an article about the refugee crisis, for example, the button allows you to donate money without having to leave the page. The company uses payment processor Braintree, a subsidiary of PayPal, to accept monetary donations.

In the last year, the button has quietly appeared on the bottom of select Huffington Post articles as part of a beta test. Today, to coincide with its launch, Speakable announced it is working with two more publishers: Vice Impact and Guardian U.S.

It’s clear Hewson is passionate about the company’s mission. What’s less certain is how she plans to make money. (Speakable doesn’t take any proceeds from reader donations.) “We’re not focused on monetization right now,” Hewson says, adding that the company won’t test possible revenue models until 2017. However, with enough scale, the company could gather some interesting data on people’s reading habits and time spent engaging with the article thanks to the “action button.” This type of data could be valuable to publishers as they sell to advertisers.

Another big question mark is how Hewson will woo additional publishers. While Speakable automatically pairs content with relevant action buttons, editors typically approve the match before it appears on the site. Editorial control may ease concerns about bias, but it doesn’t eliminate them. For example, by adding an action button to a news piece on the refugee crisis, the story becomes a vehicle for donating money to an organization with a certain agenda.

The company faces other obstacles too, most notably visibility. Right now, the “action button” lives directly underneath the article. Those familiar with the publishing world know that readers rarely make it to the end of a news story. In fact, the average reader spends fewer than 15 seconds on a page before clicking away, meaning most would never see the button, much less engage with it. Again, Hewson emphasizes the company is a work in progress. Soon, she hopes, “we’ll be able to have higher placement as we develop relationships with publishers.”

As a first-time founder, she knows navigating these challenges will be difficult. Luckily, she’s surrounded herself with some seasoned entrepreneurs: Huffington Post co-founder Arianna Huffington is an adviser, and Uber co-founder Oscar Salazar is on her board of directors. Bono is not involved in the company in any official capacity.

It’s easy to dismiss Hewson as just another entrepreneur using her family connections to build a business. But when she enters a room to make her pitch, she knows she only has one shot — regardless of whose daughter she is.

“Obviously, I grew up with a lot of opportunity and connections, but ultimately, that will only get you in the door once with a person,” she says. “That’s never going to influence how successful our product is and whether people want to use it.”