Hanjin Shipping’s Assets Are About to Go on Sale 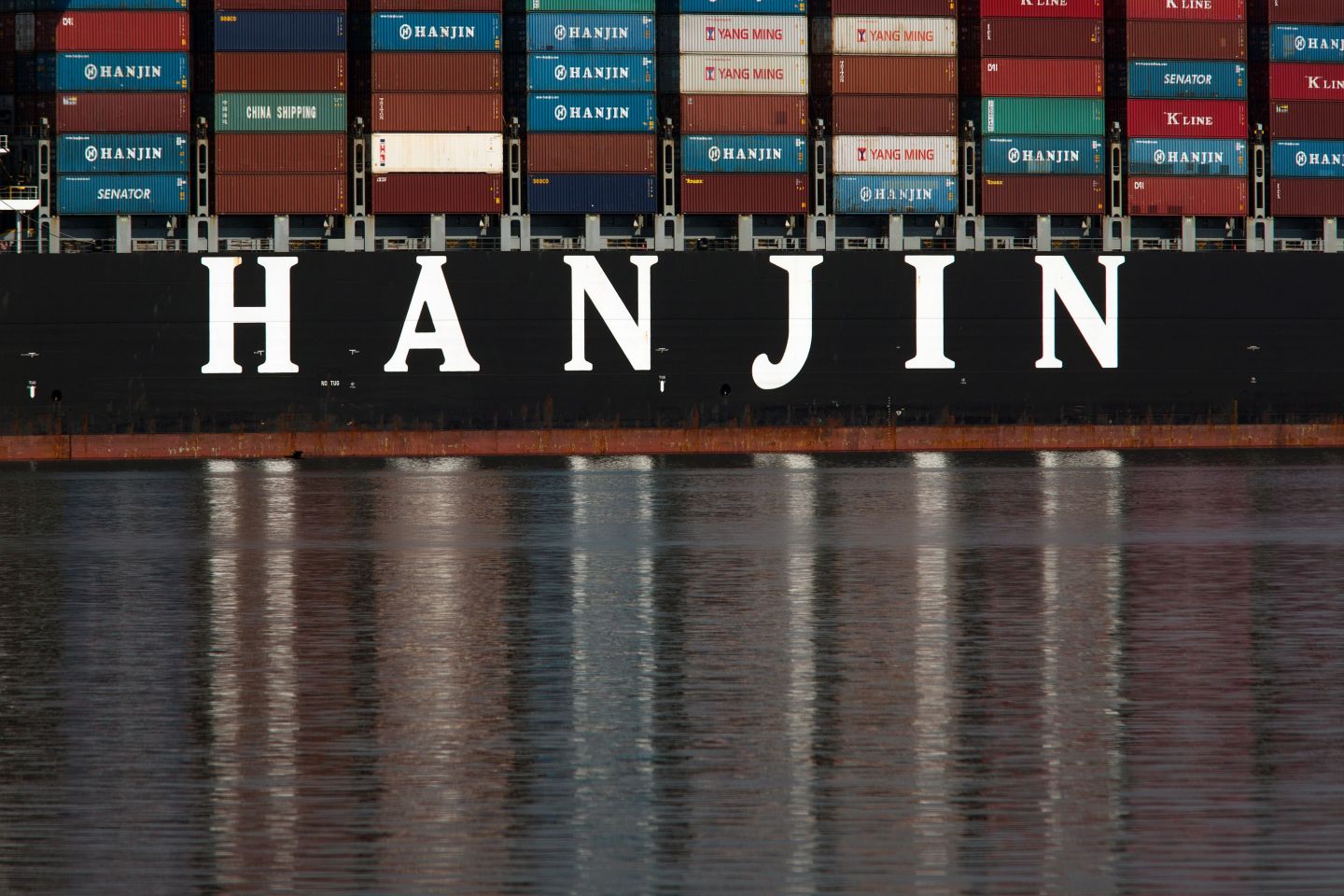 The Hanjin Greece container ship is docked for unloading at the Port of Long Beach after being stranded at sea for more than a week for fear that it could be seized by creditors if it came to shore on September 10, 2016 in Long Beach, California. A Hanjin Shipping spokesman said a US court had issued an order allowing it to unload some cargo without fear of creditors seizing its ships. As of late September 9, 92 of 141 ships being operated by the world's seventh largest shipping firm were stranded at sea. / AFP / DAVID MCNEW (Photo credit should read DAVID MCNEW/AFP/Getty Images)
David McNew—AFP/Getty Images

The South Korean court overseeing Hanjin Shipping’s receivership process plans to put the collapsed shipper’s Asia-U.S. operations up for sale as early as Friday, a court spokesman said on Thursday.

The sale comes as creditors line up claims less than two months after the company, applied for court receivership as the first major shipping line to be dragged down by global industry overcapacity and comparatively low freight rates. The firm had total debt of 6.03 trillion won ($5.41 billion) as of end-June, according to its court filing.

Hanjin Shipping shares surged 14% on hopes for the asset sale, and were trading 8.8% higher as of 01:24 GMT. The stock has tumbled about 34% since late August.

Hanjin Shipping received court approval to seek buyers for assets in order to pay back creditors now in the process of making claims until October 25. Its container ship capacity had shrunk to 17th place in global rankings as of Oct. 9, according to shipping data provider Alphaliner.

The spokesman for the Seoul Central District Court said the deadline for binding bids is expected to be Nov. 7. He declined to comment on potential price or interested parties for the assets.

The assets likely to be put up for sale include the manpower and operating systems for Hanjin Shipping’s U.S.-Asia routes, five container ships, seven overseas businesses and logistics operation systems. Terms of the sale are subject to change.