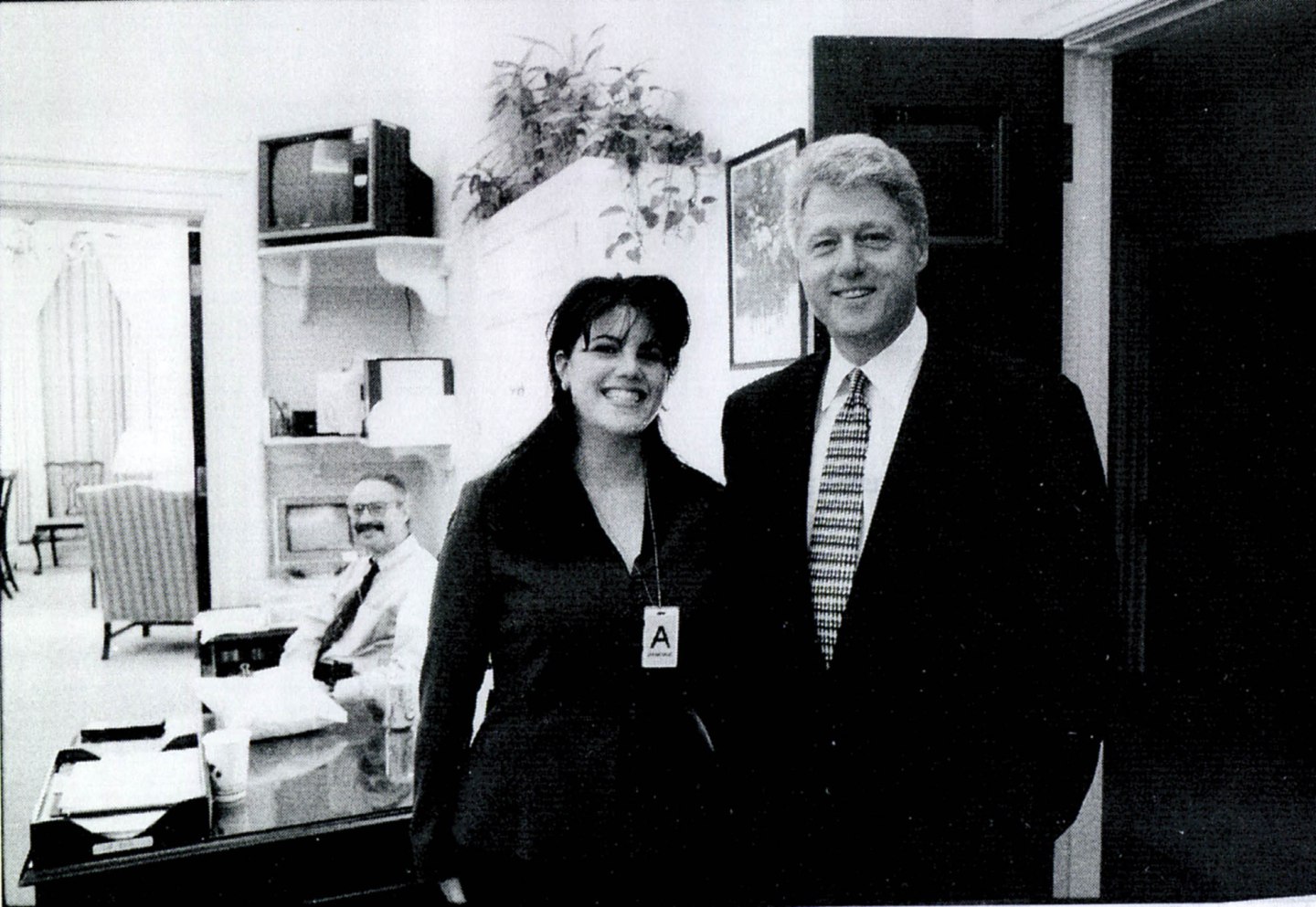 Ignoring his own sexually aggressive predilections, Donald Trump wants voters to see Bill Clinton as a scandal-plagued cad whose history with women should disqualify Hillary Clinton from the presidency.

The argument doesn’t seem to resonate with America’s youngest voters, who know the 70-year-old former president as a figure out of history books and don’t seem to care about his Oval Office affair with Monica Lewinsky or other marital infidelities. Many of them describe the white-topped, bespectacled grandfather more as Hillary’s famous husband than a central figure to consider as they weigh their 2016 ballot.

“I’m here for Hillary, not for Bill,” said 19-year-old Rachel Onusko, an Ohio University sophomore who attended the former president’s recent campaign appearance at the Athens campus. “It’s great that he’s supporting his wife,” Onusko continued, “but the main factor is not, ‘Oh, her husband was the president.’ For me, the message is, ‘Hillary is a strong woman and this is what she stands for.'”

To be sure, millennials have yet to embrace Hillary Clinton fully, even as they reject Trump. A national GenForward survey in September found 54 percent of adults age 18-30 had a negative view of Clinton, with 75 percent feeling the same about Trump. And Bill Clinton isn’t necessarily the best Hillary Clinton supporter to convert skeptics: President Barack Obama and his wife, Michelle, the only White House couple the youngest voters have followed closely, are the ones who draw massive, shrieking crowds of young people.

Perhaps most encouraging for Bill Clinton in the millennial pursuit — and ominous for Trump — is that Onusko and many of her contemporaries express bewilderment and even disdain over the Republican nominee’s broadsides about the ex-president’s sexual history and Hillary Clinton’s actions in the political fallout.

“Bill Clinton was abusive to women,” Trump said in the second presidential debate, as three of the women who allege unwanted sexual encounters with Clinton sat in the audience at Trump’s invitation. “Hillary Clinton attacked those same women, and attacked them viciously.” He’d raised that subject intermittently before.

Hillary Clinton did not directly address Trump’s accusations that she had taken part in aggressive efforts by Clinton associates to discredit women who had gone public with allegations about her husband.

Even before the disclosure of an explosive 2005 tape in which Trump boasted in vulgar terms about imposing himself on women at will, young people hardly regarded the billionaire as a man who respects women.

“The only people I know who support Trump are men, mostly older men,” said Selena Peterson, 19, of Canton, Ohio, who voted for Vermont Sen. Bernie Sanders in the Democratic primary but has no qualms about voting for Clinton over Trump.

Dominic Detwiler, 18, from Lancaster, Ohio, was a Sanders supporter who is deciding between Clinton and the Green Party’s Jill Stein — but not because he’s contemplating Bill Clinton’s treatment of women. “I’m over the whole Monica Lewinsky thing,” he said of the White House intern at the center of the 42nd president’s 1998 impeachment. “I mean, would I have divorced him if he’d done that to me? Sure. But that wasn’t my decision; it was Hillary’s.”

It’s certainly not that young voters aren’t familiar with Bill Clinton’s transgressions, confirmed or alleged. “Impeachment was one of the first things we learned about him in school,” said Peterson, “and, of course, people in history class would make the Monica jokes.”

Will Maher, 25, of Fort Collins, Colorado, was 7 years old in 1998. “I remember my parents turning off the television during the news and saying, ‘We’re not going to discuss that,'” he said. Maher, who hasn’t decided how to vote, says: “If he was running again, maybe that would matter.” As for Hillary Clinton, “I judge her as her own candidate, in the present.”

Madison Sloat, a 19-year-old from Pittsburgh who has backed Hillary Clinton from the beginning, agreed. “It shouldn’t be an issue that impacts her at all. It makes me mad that he wants American citizens to blame Hillary for all of that.”

That attitude suits the former president fine. “He’s been making those attacks since the beginning of this campaign, so I don’t think there’s anything new,” Bill Clinton told reporters in Ohio. Days later, he sat silently in his wife’s VIP box, feet from the debate stage where Trump bellowed, “There’s never been anyone in the history of politics … so abusive to women.”