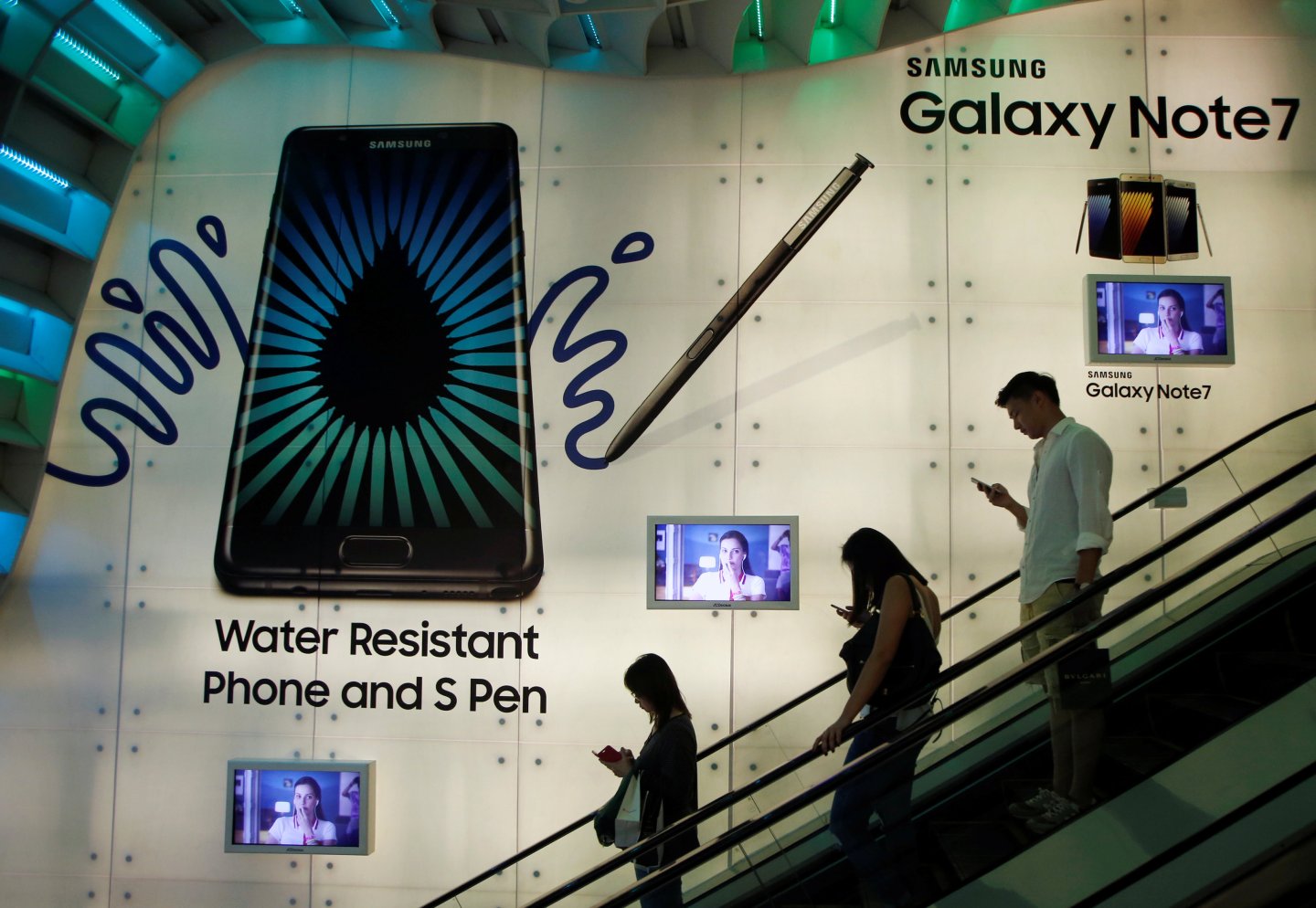 Samsung Electronics announced Tuesday that it’s stopping production of its Galaxy Note 7 smartphones, less than 24 hours after halting global sales of the device.

“(We) have decided to halt production and sales of the Galaxy Note 7 in order to consider our consumers’ safety first and foremost,” the South Korean firm wrote in a filing to the Seoul stock exchange, Reuters reports. (The Note 7 is essentially the larger version of the Galaxy S7, which hasn’t been affected by the problems plaguing the Note 7.)

But why is Samsung (SSNLF) ending production of its popular smartphone less than two months after it launched? Here’s a brief recap:

The latest of Samsung’s large-screened, stylus-toting Android smartphones launches on August 19. TIME describes it as “a modest but welcome improvement over its predecessor, offering a more ergonomic design, an enhanced stylus, the same camera as its Galaxy S7 cousin, and some software tweaks” and awards it 4.5 out of 5 stars. (We have since rescinded our recommendation in light of the recall.)

It costs around $30 per month, or more than $800 without a payment plan, depending on the wireless carrier.

Tales of Note 7 devices catching fire begin to spread. Samsung receives 92 reports of batteries overheating in Galaxy Note 7 phones in the U.S.; it says there were 26 reports of burns and 55 reports of property damage. Aman in Florida says his vehicle caught fire when the Galaxy Note 7 smartphone charging inside his SUV burst into flames.

The world’s three largest carriers by passenger traffic—American Airlines (AAL), Delta Air Lines (DAL), and United Airlines (UAL)—say that employees will tell passengers at the gate and on board aircraft to keep the Note 7 switched off until they deplane.

In early Sept., Samsung stops selling the Note 7. The U.S. Consumer Product Safety Commission (CPSC) warns users to power down their devices and stop using them. It also issues a voluntary recall of devices sold before Sept. 15.

In total, Samsung recalls 2.5 million of the new Notes across 10 worldwide markets, including one million in the U.S. More than 500,000 replacement units of the device are shipped to carrier and retail stores in the U.S.

A software update is also launched for the Note 7 to help owners distinguish whether or not their smartphone is included in the recall. The software displays a green battery icon in the phone’s status bar to indicate whether or not the phone has been affected.

The Journal reports that about 60% of the affected Notes in the U.S. and Korea have been replaced, with about 90% of customers choosing to replace the faulty phone with a new Galaxy Note 7 rather than get a refund or trade it in for a different type of phone.

Samsung’s market value begins to plummet as shares fall to their lowest level in nearly two months on Sept. 12. Investors wipe 15.9 trillion won ($14.3 billion) off the South Korean firm’s market capitalization as a series of warnings from regulators and airlines around the world raised fears for the future of the device.

“Some said initially the Galaxy Note 7 could be the best smartphone ever, but now it’s possible the phone will go down as the worst ever,” IBK Securities analyst Lee Seung-woo says, predicting weak sales in the fourth quarter.

For more about why Samsung might not recover from this, watch:

Analysts say the recall could have a lasting impact on the $211 billion company’s brand image, which could derail a recovery in its smartphone market share against rivals like Apple Inc. Some estimate the firm might lose $5 billion won worth of revenue after accounting for recall costs.

On Oct. 9, Samsung stops exchanging recalled Note 7 devices due to reports of replacement phones catching fire, just as the original phones did.

The week before, a Southwest Airlines (LUV) flight is evacuated because of a phone that is smoking and making “popping” noises after it is turned off. Meanwhile, the Journal cites two users in California who each received a replacement Galaxy Note 7 only to discover that they became very hot.

In a statement, Samsung tells the Journal that “temperature fluctuations” could occur and weren’t a safety risk, although it did say it was resolving individual cases with customers who had issues with their replacement devices.

Mobile providers T-Mobile (TMUS), AT&T (T), and Verizon (VZ) halt sales and exchanges, Business Insider reports. “We’re no longer exchanging new Note 7s at this time, pending further investigation of these reported incidents,” AT&T says in a statement. Instead, customers are allowed to exchange the phones for a different model.

Samsung announces it has stopped production of the Galaxy Note 7

In a regulatory filing Tuesday, Samsung announces that it has made a final decision to stop production “in order to consider . . . consumers’ safety first and foremost”. It could be one of the costliest product safety failures in the history of technology.