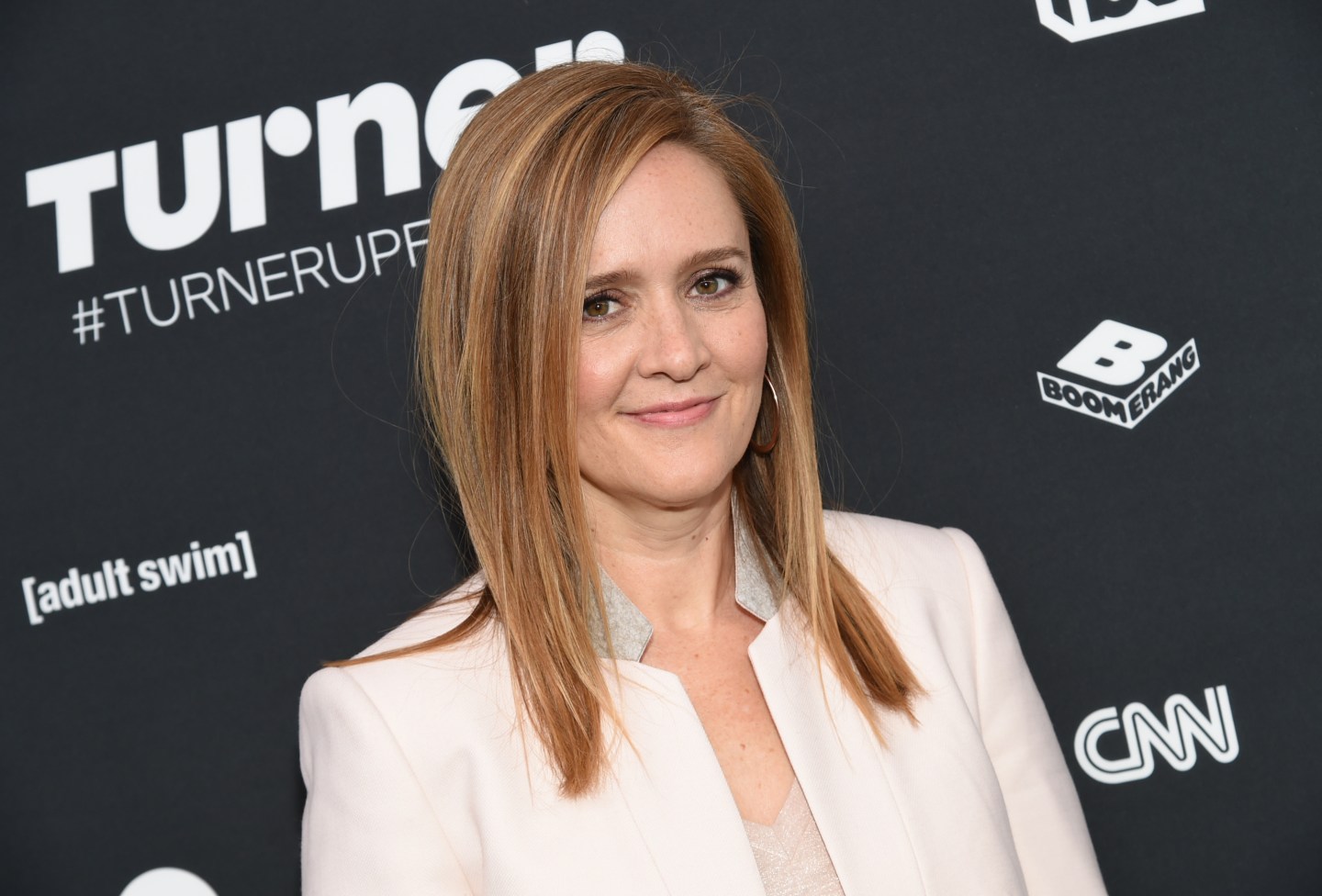 FILE - In a Wednesday, May 18, 2016 file photo, Samantha Bee, host of "Full Frontal with Samantha Bee", Samantha Bee, attends the Turner Network 2016 Upfronts at Nick & Stef's Steakhouse, in New York. Bee already went to Cleveland and came back home. The result of her odyssey is a half-hour special edition airing Wednesday, July 20, 2016, at 10:30 p.m. EDT whose extra-specialness is signaled by its title: "A Very Special Full Frontal Special." (Photo by Evan Agostini/Invision/AP, File)
Evan Agostini—AP

On Monday night, Samantha Bee was the latest comedian to unleash on Donald Trump in reaction to footage showing him boasting about forcing himself on women.

On her TBS show Full Frontal last night, Bee launched into a tirade excoriating the Republican presidential nominee over the 2005 Access Hollywood video, in which Trump can be heard bragging that his celebrity enabled him to kiss women and “grab them by the p—y” without their consent. Bee refused to write off Trump’s comments as mere “lewd remarks,” saying that the real estate mogul and former reality TV host “was literally explaining a time-tested strategy for sexual assault. In fact, ‘Take a Tic Tac and grab ’em by the p—y’ is the closest thing to a plan Donald Trump has described this entire election.”

Bee later weighed in on the video apology Trump filmed in the wake of the scandal over the video. The comedian first picked apart Trump’s defense that he has “never said I’m a perfect person.” Bee joked she’s willing to bet that “the guy who modeled his home after the Vatican rumpus room has claimed infallibility before.” She then played a series of video clips where Trump seems to have trouble admitting that he sometimes makes mistakes.

The comedian also ripped into Trump’s oft-repeated defense of his comments on the video as “locker room talk.” Bee said that excuse is not acceptable, noting: “You weren’t in a locker room, you sleazy pair of sweat socks. You were at work.”

Bee then aimed fire at the media over the difficulty with which so many cable news anchors quoted Trump’s comments from the video. Full Frontal showed a video montage of members of the media struggling with the “p-word” before Bee launched into a 25-second list of euphemisms for female genitalia. Bee took a breath and then ended the segment by saying, “Well, that was, literally, a vagina monologue.”