Seth Meyers Belittles Donald Trump as ‘The Pervert on the Bus’ 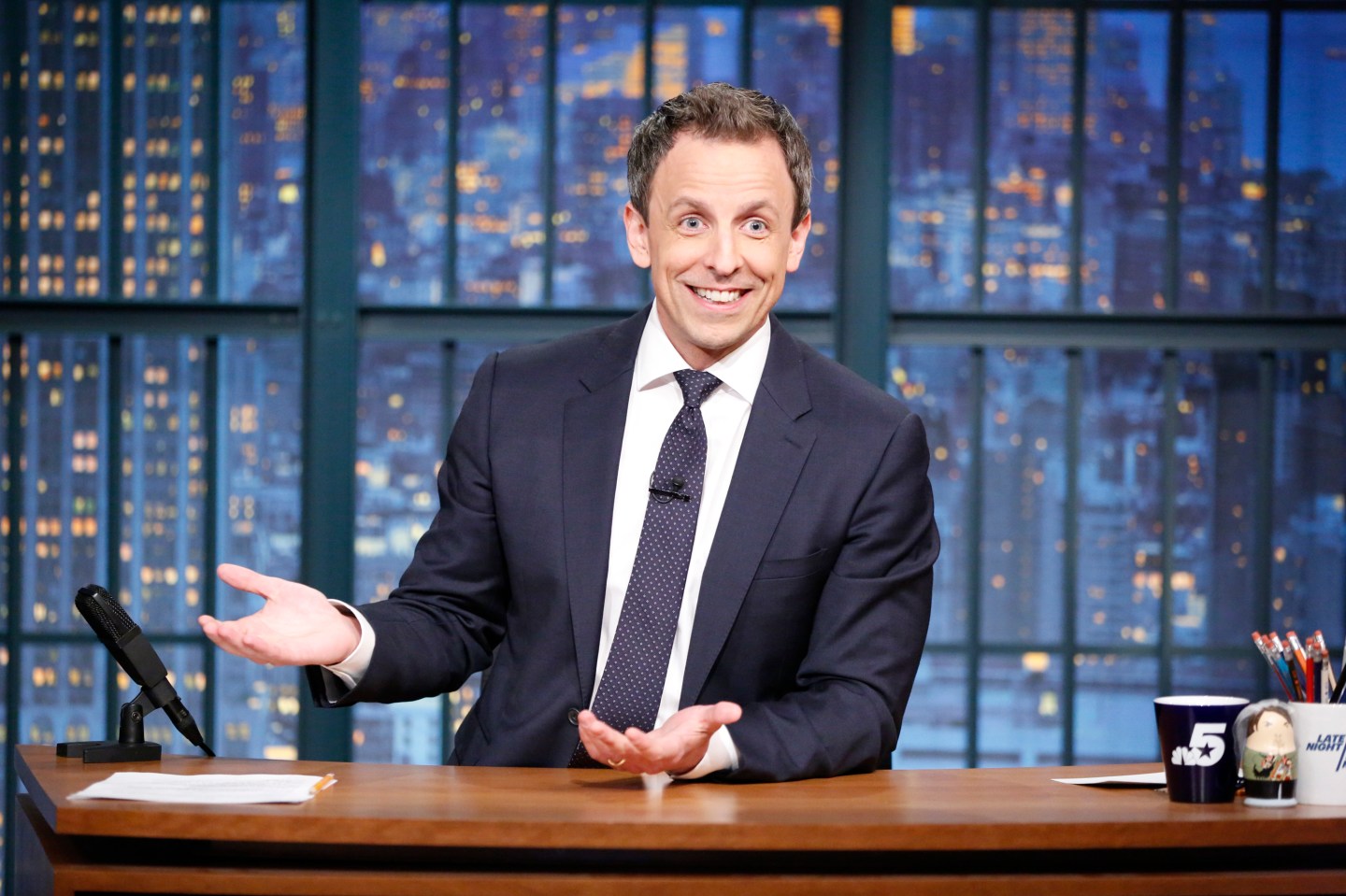 Seth Meyers slammed Donald Trump as a “pervert” and picked apart the 2005 tape in which the real estate mogul can be heard making lewd comments about women on a bus with Billy Bush.

The Late Show host on Monday night criticized Trump, who has been embroiled in controversy since late last week when the vulgar conversation he had with Bush about groping women without their consent was published. Trump said he could “do anything” to women because he’s a celebrity, including grabbing them “by the p—y.”

The talk show host then mocked Trump for being “entitled” and apparently not knowing how to get off the bus. Trump can be seen on the video knocking twice on the glass door before Bush tells him to use the handle.

“Even the act of departing the bus managed to be embarrassing for Trump,” Meyers said. “Sorry, what’s more pathetic? A major party nominee who talks about women like that or one who thinks you get out of a bus by knocking on the glass?”

“I guess in the end, Donald Trump is the man who defeats ISIS, as long as ISIS isn’t on the other side of the door,” Meyers added.